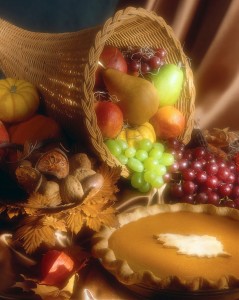 Thankfulness for What We Have

After the activity and growth of summer, Autumn can be a season to plateau before a decline begins. Concerned for ‘the plateau season of Faith’, a Jewish scholar and lawyer named Paul, begins to lay out in a series of letters, clear teaching for maintaining faith and obedience to the Creator God’s Most Ancient Way, in a world that’s often heading in the opposite direction. My Daily Breadcrumbs for October come from some of the teaching/ training letters – the Books of Corinthians through to Colossians. These 1st Century letters became books in the library that now makes up the New Testament in The Bible.

To feed on the ‘spiritual breadcrumbs’ that were made available two thousand years ago (and yet are completely transferrable and extraordinarily relevant for any culture today), just use the drop-down menu and click on today’s date then read my “thought for today”.

October 15th – Life with a Limp

October 21st – LIFE in the Sweet-Wrapper

October 24th – The Key to Knowledge

October 25th – The Path to Enlightenment

October 30th – How to be “Upwardly Mobile”