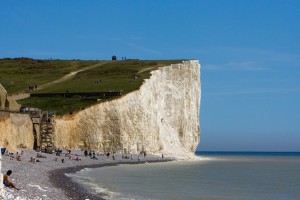 A month of doors and windows wide open!

With summer in full bloom, August, for me, will always feel like a month with its door wide open. As the curtains at the window lift in the warm summer breeze now, a butterfly drifts into the room after alighting momentarily on a flowering shrub in the garden. As I watch it, I can’t image how life could be anything but positive.

As August 2009 approached, our only son, Michael, was looking forward to the wide open spaces of God’s Grace. He was to begin his first year at music school and, after working for a year to financially support that plan, the clock on his bedroom wall seemed to tick ever-closer to his future. Mike passed away on August 1st, 50 days in sight of his dream.

And so my Daily Breadcrumbs for August will cover the last books of the Old Testament…. Hope after the Storm. Hope in the things to come. One of the greatest promises of this period of the Creator’s Epic Storyline came from a prophet who had been dragged to Egypt in chains! Read more?…  Just click on today’s date (below) for my “thought for today”.

August 2nd – The Secret of Wisdom

August 7th – Connecting with the Creator

August 8th – Where to Find Comfort

August 9th – Why Do People Suffer?

August 11th – Light at the End of the Tunnel

August 13th – LIFE Beyond the Grave

August 19th – From the Frying Pan into the Fire!

August 28th – The Best Father in the World!

August 29th – The Fallout of Neglect

August 31st – The Problem with Complacency