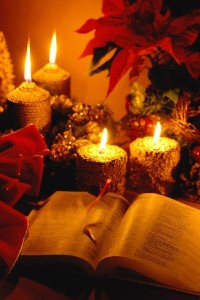 “Do not be afraid, I bring you good tidings of great joy which will be for ALL the people!” [Luke 2:10]

December, for many people, is about a monumental moment that brought about irreversible change to human history. A baby boy was born in an animal stall at the edge of an insignificant village in the Middle East. His mum was a teenage girl and His step-father was a poor carpenter. Their Son, however, grew up to change the hearts, minds and destinies of more than ⅓ of the world’s population for the next 2,000 years!

With the end of the year in sight, the breadcrumbs begin to look to the horizon: the final Act in the Creator God’s Epic Play. To follow the breadcrumbs through December towards an exciting cliff-hanger ending, just use the drop-down menu and click on today’s date, then read my “thought for today”.

December 1st – How to Be Blessed

December 4th – The spirit of Conflict

December 16th – Living up to the Label

December 18th – The Certainty of LIFE

December 19th – Running Ahead vs Falling Behind

December 27th – Standing on the Shoreline