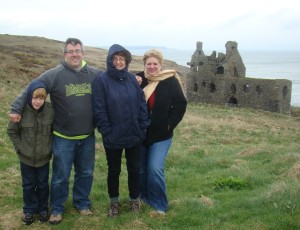 When Spring hasn’t sprung, the season of April showers can be a real let down. So I wonder if the greatest disappointment from sudden life-change ever to be recorded, would be the catastrophic turn of events that happened in this month’s Breadcrumbs. On Sunday, Jesus entered Jerusalem just as the ancient prophecies said their King would do, to great and resounding praise. But by Friday, He was dead!

To journey further with me into a ‘life of faith’ that seems littered with unanswered questions, and to see that the Creator God is not just aware of what’s going on, but He’s intimately involved, then use the menu below. Click on today’s date and read my “thought for today”.

April 7th – A King Will Save Us

April 8th – How to Rise to Greatness

April 9th – The Price of Peace

April 13th – The Fountain of Youth

April 16th – The Season of Our Joy

April 19th – How to Farm Sheep

April 20th – Resurrection of the Dead

April 21st – Who Has Believed?

April 26th – The Greatest Prayer Ever Prayed for You!