This blog is the second in a nine-part series that’s looking at the concept of something “Beyond Human Experience”.

Even evolutionary thinking that stretches our past out for millions of years, still gives us a start. If we started, we’re not eternal … we’re temporal. In addition to the ‘general wearing out syndrome’ that comes with being temporal, we’re on an incredibly tiny planet sitting in an incredibly big universe! If you’re worried about North Korea’s nuclear missile program, just look up at what’s floating above our heads. Scientists will tell you that at any point anything could happen to us.

In 2028, the asteroid 1997XF11 will come extremely close to Earth, but will miss the planet. If something were to change, and it did hit Earth, what you would have is a mile-wide asteroid striking the planet’s surface at about 30,000 mph. An asteroid that big traveling at that speed has the energy roughly equal to a 1 million megaton bomb. It’s very likely that an asteroid like this would wipe out most of the life on the planet.[i]  The fact that nothing has happened to us in 5-6 thousand years since the Global Flood (probably caused by a meteorite) doesn’t make us secure. Six millennia is an incredibly short time — especially if you’re into evolution.

Then there’s the sudden colossal population boom in the last 100 years. This unprecedented growth never experienced before in the history of humankind, has seen the world’s population increase by more than three times. Most of this has been in the last 50 short years! Yet we still only have the same amount of natural resources – especially limited fresh water! 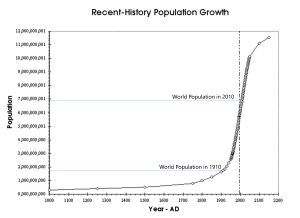 But none of this should concern those who follow the Creator God.    He’s told  His  children  what will happen to our planet, even if we don’t fully understand the exact details. But with the recent release of the movie Noah’s Ark a question that will rise in the minds of most is: If a Creator God exists at all and was behind the last global catastrophe, what’s His motivation for allowing or bringing on the disaster and what’s His motivation for warning us as he did for Noah?

The Motivation Behind What’s Next

Father God has always been about relationship. Perhaps that’s why He didn’t bother to keep a detailed record of any of Creation’s story until Genesis Chapter 2. His Story seems to be most focused on His image-bearers: what has happened between us since He created us, and what He plans for His children when He gets us back into the Dreamtime — as the Indigenous Australians call it — the utopian situation that the Creator God wanted for us in the first place.

Out of all of creation, we were the only ones created in His Image: “in the image of God He created him; male and female He created them...”[ii]  This means that potentially, both men and women are created with the capacity to be eternal beings as well.

I first came upon the information on this webpage when I was 10-11 years old. I recalled the story in Chapter Three of my second book. Looking back, my thought wasn’t so much that it was scary as much as it was sad. My natural response was sadness and I wept bitterly as I watched the sun slip below the horizon. My focus that day was on the possibility of being permanently left out of the Kingdom of my Father. Had I been an Indigenous Australian, you would have found me weeping alone that day, but not because of being separated from the Dreamtime — that’s common knowledge. I was weeping instead over a sudden realization that I could be eternally separated from it. I didn’t want to be left out of what my Maker has planned for me simply because I was ignorant of what’s to come and when. If you would like to read on, just click on the next blog: 3.3 Timing What’s Next