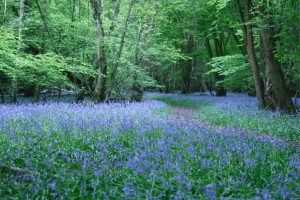 With Easter just around the corner in many countries, my ‘thoughts for the day’ take a leap from the Old Testament (the first ⅔ of the Bible) to the New Testament (the last ⅓ of the Bible). This, at first, may seem to be confusing. But I’d like to show you a parallel story. So, just as Israel was called from obscurity and slavery out of Egypt to become a royal priesthood and holy nation, a people belonging to the Creator God [Exodus 19:6], the New Testament shows us how the Creator God’s promise to Abraham, “…through you, all nations on earth will be blessed…” [Genesis 18:18; 22:18 and 26:4] has now come true!

To understand how ancient history is now repeating itself in the private lives of individuals everywhere, just click on today’s date to read the “thought for the day”.

March 19th – The Problem with Religion

March 23rd – Coming to Our Senses

March 26th – What’s in a Relationship?

March 29th – Bringing Down the House!

March 30th – The Calm before the Storm