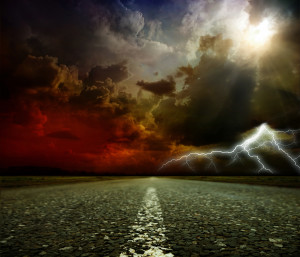 When Summer is Battered with Storms!

In countries across the north, June is a month to enjoy warmer weather as mid-summer’s night approaches. In days gone by, young couples would plan to be married on mid-summer’s in hope of extra blessing. But what happens when the season of perpetual sunshine that had been promised since the start of the last winter, doesn’t materialise? Throughout June, I’ll take you through the period of the Kings of Israel where the list of blessings that had been laid out in Deuteronomy 28, were short lived, and God’s family seemed to enter into a seemingly never-ending tunnel of storm-filled events going from bad to worse.

What went wrong and can the Creator God still be trusted when there’s no light at the end of the tunnel? I invite you now to use the drop-down menu below to click on today’s date, then read my “thought for the day”.

June 4th – The Book of LIFE

June 5th – How to Win Friends

June 9th – Kabul “Good for Nothing”

June 19th – Cashing In on Faith

June 25th – Adding to Your Life