Today’s chapter, written by a Jewish religious scholar in the 1st Century AD, was originally part of a letter to both Jewish and non-Jewish Believers living in Rome. When Paul originally wrote his letter, Jesus had died, but His resurrection had changed everything. It was only at this point, that Paul – a student of one of the most respected lawyers at the time, and member of the strictest branch of Judaism[a] – finally began to see much more clearly, everything that he’d been taught of the Creator God’s Epic storyline.

With new clarity and fresh understanding of what the Creator God had always expected of His people, Paul wrote to those living in Rome to explain how Jesus’ life, death and resurrection power, in addition to the coming of the Creator’s Holy Spirit, now profoundly and irreversibly transforms a Believer’s worldview and behaviour in many varying ways.  So, today’s chapter is all about the Believer’s life orientation and the lifestyle that extends from a consideration of one’s Maker, His Word, and His Global Masterplan. As such, it can be broken up into three parts: How we respond to Governing Authorities [v1-7]; How we respond to People [v8-10]; and How we respond to Time. [v11-14]

Remembering that the readers of Paul’s letter were living under brutal Roman rule, the first seven sentences in today’s chapter, were a very hot topic. It’s on a par with living in Nazi Germany and someone saying that we need to submit to Hitler! But trying the get a creature that has been created in the image of the Living God and specifically designed to rule[b], to submit to anything, will always be an uphill battle. Complicate the matter by throwing in harsh parents, an obnoxious boss, or a tyrannical government, and we’ve all the elements for a difficult challenge.

Since the Creator God was known, from ancient times, as the One who puts kings on their thrones, and deposes kings[c], how are we to live in subjection to them? [v1] For the most part, Paul is speaking about correct behaviour and appropriate levels of respect, 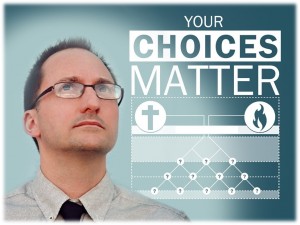 towards the authorities that are over us. Those who are trying to maintain appropriate structure and peace. Opposing correction and showing disrespect from a young age towards parents, teachers, group leaders, police etc. is where it all starts. [v2] After all, when we’re obeying the rules, we never have to live with the additional stress, or fear, of getting caught/punished. [v3]

In fact, the mechanism of punishment (whether in the home, at school or on the streets) is actually divine punishment organised by God. It gives justice to the victims of our behaviour. Discipline/punishment trains us in corrective change. It reduces the practices of evil. [v4] If you’re wondering why God’s not involved in everyday life, He is! “Every morning He brings His justice to light; He does not fail. But the unjust knows no shame.”[d] He’s active in the form of YOU when you appropriately discipline your children or, when your correct those under you at work. He’s active in your discipline and training received from your teachers, leaders, or work bosses. He’s active in helping societies to set up justice systems. He active in dispensing justice through the prosecution system.

But this level of submission in everyday life isn’t just about avoiding the full force of the law. It’s for conscience sake. [v5] When we were originally designed to rule, 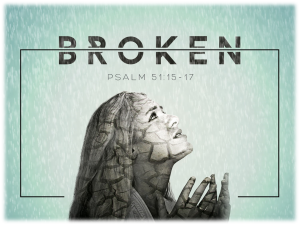 we were designed with a conscience and free will. Then we came into the knowledge of good and evil.[e] Created in the image of God, the plan has only ever been for us to function in the likeness of our Maker. The fact that we inherently know, deep down inside, the difference between good and evil, proves outwardly if we’re fulling functioning as we were intended, or else malfunctioning and defective. Living in the likeness of the One who specifically designed us to be like Him, is the very basic starting blocks to our everyday “good” behaviour. [v6-7]

But here’s the catch, what if the leaders are saying something that our conscience knows is wrong? Well… Paul takes us back to the basics: the Creator God’s Ten Commandments, which were then neatly summed up by Jesus into two commandments:

What Jesus did, in summing up the Creator’s Law into two rules about love, wasn’t cutting corners. If the Creator God’s Law could be hung onto a coat hanger, four of His 10 basic Laws (about how we can show our love/respect/allegiance/submission to our Maker) can be hung from one side of the coat hanger. And, six laws (about how we interact appropriately, showing love towards others) can be hung from the other side of the coat hanger. If we get love right, love will sum up the fullness of the Creator God’s Law.

However, we need to love our Father God first. And this is where Believers today are all over the place, when it comes to submitting to the governing bodies around us. This is most evident 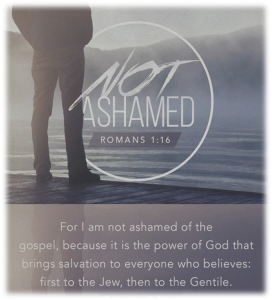 when, what they’re saying is now right/proper/ok, yet against what our conscience (our heart of hearts) is saying is right/proper/ok. When we put our Creator’s Handbook above the rulebook of the society that we’re in, we’re in a good position for discerning what’s truly “right and wrong” – behaving as we were designed to behave, in HIS likeness. If we ignore His ruling authority and act as though we’re ashamed of what’s in His Handbook for LIFE, we end up relying on a very basic conscience that can get clouded by prevailing needs such as inclusion, acceptance and love.

Our conundrum will always be with us. The ancient prophet Daniel had to face the possibility of certain death in a lion’s den and his friends faced death by incineration because they weren’t going to put Father God second, and the latest policies of a local government first.[f] The ancient prophet Ezekiel, on the other hand, was “raked over the coals” by the Creator God for tolerance, acceptance and keeping quiet when he knew that his neighbour was in the wrong, yet didn’t speak out to correct him.[g] Though the stakes may be high, if love does no wrong to a neighbour, then love sums up what the Creator expects from us. [v9-10]

When my life’s orientation is geared towards the plans of the Creator God for humanity’s future, that have been set in stone before the foundations of the world were laid, then my life-style, my decision-making process and how I define “love” (both for my Maker and for those around me), will extend from my understanding of His plans.

Forty years ago, I sat on the back steps of our house watching the sun set while my Mum cooked the evening meal. It was an extraordinary moment with my Maker – a moment I’ve not forgotten. I wrote about it in Chapter Three “After the Sun Set” in my second book Mysterious?

I was ten years old at the time and had just finished my school homework in a quiet place under our high-set Australian-style home. When I was done, I came up the back steps.

But the sunset, that painted the heavens, caught my attention that day. Sitting quietly to watch the changing colours of that evening sky, it was as if I’d seen the Kingdom of God for the first time. And, with it, I became privy to the greatest global event ever to take place in the history of the world. It was the idea of being left out, that caused me to get on board!

If my life is to be timed as accurately as a Swiss watch, I could say that I’ve been given seven days – one for each decade. Sunday seemed to be a dreamy day where nothing much happened, when I was between the ages of 0-10. Monday represents my years from 10-20. If Tuesday was my third decade in this life, between the years of 20-30; Wednesday represents my time lived from 30-40 and Thursday, my fifth decade, when I was 40-50. That so, then I’m now already half-way through Friday and I only have Saturday left now to live!

“The days of our life are seventy years; or eighty years, if we have the strength, Yet the best of them are but labour and sorrow; For they quickly pass, and we fly away.” [Psalm 90:10]

At the very least, it is because of this that it is “already the hour for me to awaken from sleep; for now my salvation (my end here and my beginning in my Maker’s Kingdom) is nearer to me than when I first believed. [v11] But Paul, being a Jew and knowing the bigger picture of the Creator’s Global Masterplan, went deeper. There’s an atomic clock that has been set by the Creator’s own authority[h], and it’s marked for us in night and day. The night – that season when it seems that any existence of God is making no difference to the world around us – is coming to an end. And, His Day – that long-predicted “Day of the Lord” when His decisive divine intervention is seen[i] – is about to dawn. [v12a]

Therefore, with an unknown and limited amount of time left on the clock, I’ll set aside what He considers as “deeds of darkness” – regardless of whether I agree with my Maker’s idea of right-ness, or not – and I’ll clothe myself in the strongest shell possible, of what He calls “light”. [v12] If I’m serious about what He’s predicted to come in my future, I won’t stand here arguing over definitions, nor try to find loopholes to justify tolerance, acceptance, and no need for any change to my life-style.  If I’m serious, I’ll make no provision for my lusts/yearnings/desires/thirsts/ hankerings/envies/longings or even achings. Instead, I’ll put on (I’ll totally encompass my life with, and live my life as if encamp within a tent of) …Jesus…