It’s easy for people to claim that they are not Hindu or Buddhist and yet, in every other way, believe in Karma i.e. good or bad luck, viewed as resulting from one’s actions; the spiritual principle of cause and effect, where the intent and actions of an individual influences their future.

In recent years, I’ve come to fear that this idea has cross-pollinated into the framework of belief in the Creator God. 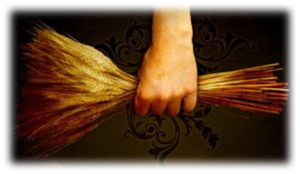 Clearly, Jesus has taught Good News about the good use of what we have in our hands, according to our ability. His stories show how our Maker will be proud of our efforts, and reward us, at harvest time, for how we’ve used the life and the resources we’ve been given.[a]

Paul, the Jewish teacher in today’s chapter, picked up on this when he taught about our life work being tested with fire in the end.[b] But after looking up the old saying: “…what you sow is what you reap…” in as many English Bible Translations as I could, I found that only the New Revised Standard Version (NRSV) has this phrase. With that said, it’s in the context of how the Creator God has always dealt with every nation, people group, or bad character in HIStory:

“Do not be deceived; God is not mocked, for you reap whatever you sow.”[c]

So it seems to me that these words aren’t translated into any of the English Bibles as a promise of gaining something more or better, in return for giving money or doing good deeds. Believers in the Creator God don’t get Karma, we get a right assessment (just judgement) pronounced over our lives when the court is seated and the books are opened.[d] But what has this to do with today’s chapter? 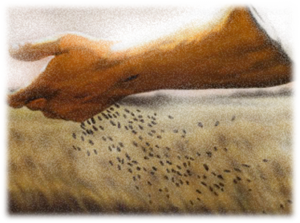 With no solid promise of reward here on earth, through a “spiritual cause and effect”, Paul couldn’t expect that events in his near future would be influenced positively by anything good that he did in the present. Quite the opposite, just as a seed falls to the ground and dies before a harvest can be reaped, what leaves our hand is likely to die before we’re likely to see anything come of it.[e]

So Paul had to deal with whatever came his way each day, and leave the results up to his Creator God. He’d already been beaten up in Jerusalem and whisked away at night for his own life’s sake.[f] In today’s chapter, He’s being falsely accused once more. [v2-9] But if you want to look for truth, it’s often found in the peripheral stuff and in things not said.

For example, it’s a well-known fact the Jews hated the Romans who occupied their land. This is easily seen in the way they treated fellow Jews, who’d become tax collectors for the Romans.[g]  Yet the opening statements of this lawyer, who came into the storyline in today’s chapter, are clearly hypocritical to say the least. The “peace” that Rome enforced was tenuous and the “reforms” were begrudgingly accepted, but neither appreciated or welcomed. [v3] It seems to me that Tertullus (a Lawyer that the Jews have found for their case), is positively “sucking up” to this Roman governor with false flattery – an early sign of whether his heart and tongue are capable of giving an honest speech based on the truth.

But this first century Lawyer’s next statements – about “stirring up riots all over the world” and “desecrating the temple” – are in breach of Old Testament (Jewish) Law!

Giving a false testimony about your neighbour[h]; and the double rule: “Do not spread false reports. Do not help a guilty person by being a malicious witness”[i], would have been well known to Paul’s accusers. Anyone caught engaging in this sort of behaviour were in danger of receiving a scary penalty: “…then do to the false witness as that witness intended to do to the other party…”[j]

By contrast, Paul offers a polite acknowledgment for the Roman Governor’s position and authority before beginning – rather than attempting to gain “goody points” with statements that weren’t true in his heart. [v10] He then gave an account to the Governor to fill him in on what this case is about. But Paul doesn’t finish without pointing out to his accusers yet another violation of Jewish Law – that you needed two or three witnesses (this means eye-witnesses) for an accusation to be admitted as reliable evidence.[k] Certainly no-one could be put to death on the testimony of one witness[l] – a plan that the Jews hoped to carry out as soon as Paul was released.[m] So, Paul points out that the people who started the accusation (those from Asia who apparently witnessed what Paul was doing “all over the world”), weren’t present. [v19] The trial was a farce and their case invalid, without first-hand witnesses.

With no solid ground for charging Paul, a Roman Citizen, in addition to discovering that this “trouble” that he’s causing stems from his message – righteousness, self-control and judgement [v25] – the Governor kept Paul confined for the next two years, calling on him regularly. [v26-27] Now, if I were a victim of false accusations that caused me to be wrongly confined for two years, I think I’d be angry, confused at God, despondent, bitter and any other emotion I could find on The Grief Wheel!

But there’s no sense of this from Luke’s account. Paul was held under guard in Herod’s Palace[n] – so at least he’s safe. He’s got a roof over his head and his friends can attend to his needs [v23] – a privilege for Roman Citizens. But what seems to anchor Paul in his storm-filled journey, is something that dates back to his first encounter with Jesus. It’s something that was confirmed in his third divine vision[o], and that he’d put into words to believers in the Roman port city of Corinth…

“…it seems to me that God has put us apostles on display at the end of the procession, like those condemned to die in the arena. We’ve been made a spectacle to the whole universe, to angels, as well as to human beings…”[p] 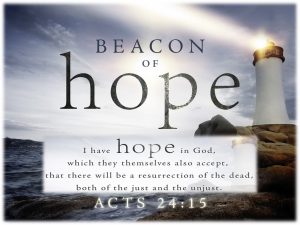 Although Paul used his knowledge of the law and his rights as a Roman to help himself, he also knew about his Maker’s “bigger picture”. While assuming responsibility for himself as best he could, Paul – like all the great “men of God” in the past – prayed, then acted. But under each circumstance, he relied on the sovereignty of the Creator to bring HIStory to a good end.

Undergirding it all is a peace, a trust, and a confidence that the Creator of everything we see, is in control. Regardless of where he is, Paul regards every location as “the world” into which he’s called to serve his Marker, and to spread God’s Good News.[q] In an act of false accusation, that cost him two years of his life, today’s chapter ends with Paul kept in prison (bizarrely enough) for a message of forgiveness and eternal LIFE for all.