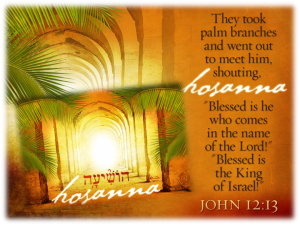 It’s difficult to read this chapter without knowing that, 57 days earlier, these Followers of Jesus had entered Jerusalem amid great public acclamation. Jesus was riding on a donkey, just as the expected King was meant to do. Anyone in the city who was anyone, knew the faces of these men. So it was difficult to hide, seven days later, when their Leader was publicly executed.

Locked up now in a room, for fear of the Jews, these Followers huddled in quiet corners as a bewildered rabble, who could easily end up crucified too – especially if they didn’t choose their words wisely.

As I look back over my story (and regret not choosing my words wisely), the Creator God has not only chosen wise words, He’s fulfilled them in a wise way and with perfect timing. Looking, for example, at today’s chapter, Luke is clear once again, to tell us when the events took place. And, the timing is not just significant, it’s perfect timing.

Pentecost is the 50th day after the first day of Passover – 50 days after Easter if you’re using modern calendars. This is a Jewish commemorative day in memory of the Creator God giving His people His First Covenant/ Agreement/Contract – their “Law” which is summed up in the Ten Commandments. It was given to them in stone 50 days after the Exodus i.e. after He collected for Himself a people group to be His children. 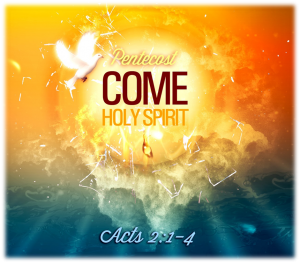 When you understand the significance of this day, you’re in a better position of know what the Creator God is likely to be doing on that day. [v2-3] Being “filled with the Holy Spirit” wasn’t a new thing. [v4] Many people throughout HIStory had been filled with the Creator God’s Holy Spirit, to fulfil various tasks. Receiving different languages, however, was something quite new.

But this epic storyline has been dotted with clues about what was to come, from the beginning. The Creator once said through Isaiah the prophet: “You have heard; look at all this. And you, will you not declare it? I proclaim to you new things from this time, Even hidden things which you have not known.”[a] And, through Habakkuk, He said, “Look among the nations! Observe! Be astonished! Wonder! Because I am doing something in your days—that you would not believe even if you were told.”[b]

Being confused/amazed/perplexed  and left wondered what on earth it all means [v12], isn’t at all new, or unusual, when it comes to encountering the Living God. The difference is that the “devout” (those who want to respect their Maker) seem to ask: Why? How? And What? [v5-12] The scoffers [v13] seem to have been around for millenniums…

“How blessed is the man who does not walk in the counsel of the wicked, Nor stand in the path of sinners, Nor sit in the seat of scoffers! But his delight is in the law of the Lord, And in His law he meditates day and night.” [Psalm 1:1-2]

And so, I wonder what will make people stop and listen, when it comes to the Creator God’s message to the world. This morning, just 50 days after Jesus died, was no ordinary morning. With a supernatural tornado circling them, all 120 of them spilled out onto the streets, where everyone on the planet seemed to be there to face them. [v5b] There was no hiding now. Nothing on earth could hush this one up. Then, as a response to being accused that they were drunk, when it was only nine in the morning, Peter – that “Rock” upon which Jesus had said that He would build His church[c] – spoke out boldly.

He uses Joel’s prophecy to explain what was happening. The Creator isn’t into magic tricks to baffle people. The fact that the first ability that God’s People received 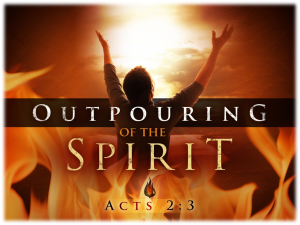 – speaking in other languages – is actually strategic in several ways. First, it was to show that the Creator’s Holy Spirit was at work – when no earthly reason could be found – just as He had predicted through Joel. It shows that, at a moment when the greatest number of pilgrims from all over the world were present, the Creator was unveiling His Global Masterplan to “bless” all families on earth, which He’d promised to Abraham.[d] Even more still, He was dipping back further into time, to show the start of “the restoration of all things”.[e]

One of the first things to go wrong with the current population on earth, was a confusion of the languages. If language was an atom, the Creator God split the atom to give fragments of speak to family groups.[f] It’s these families, scattered over the face of the whole earth, that our Father God has promised to “bless” through the descendants of Abraham, Isaac and Jacob.[g] The same God who spoke in The Beginning, then gave Moses His Law (which they were now commemorating on this day of Pentecost), simply restored the atom that He’d previously split. And how else could the Creator “bless” anyone, except to let them hear and understand the secrets of the Kingdom of God.[h]

On the Day of Pentecost, 50 days after Jesus died, Joel’s prediction finally came true. But what I found interesting, was that Peter didn’t just stop at the relevant bit about the Creator’s Holy Spirit being pour out. [v17-18] He chose his words wisely and went on to include Joel’s “end of the world” vision too. [v19-21]  This is because the two go together. With God’s revelation, there’s knowledge. With knowledge, there’s accountability to what we know, or refuse to know.[i]

Using the Creator God’s story, Peter explains why Jesus is both Lord and Christ. [v22-36] This isn’t a new world religion springing up. It isn’t a modern fad or deluded cult. The events of the past 50 days in Jerusalem had been part of a global Masterplan. A Plan put in place from the beginning[j] by the Creator Himself then, gradually unfolded through a slow revelation on the Stage of Life. It’s a story that is complex to be sure. But if we take our time to listen, as the people did in today’s chapter, I’m convinced we’d be pieced to the heart – just as they were. [v37]

But while Jesus was “destined to cause the falling of many”, He was also destined to cause the rising of many so that the thoughts of our hearts would be revealed.[k] And the message from our Father God was never designed to crush without hope. Peter’s message includes words like: “forgiveness of sins”; “receiving the gift of the Holy Spirit”[v38]; “the promise” for all, both near and far; “the Lord our God calls to Himself” and “Be saved” [v40]

I’ve read this chapter several times over the years, and the last verse seems to affect me every time. It makes me think of Noah’s Ark. I noticed that Noah didn’t have to go out and round up the animals, because God brought them to him.[l]  If the Creator God can save a planet full of animals, on the Day of Judgement, then He can certainly save human images of Himself. So, this last verse, in today’s chapter, confirms to me (yet again) that I can’t choose my words carefully. I can’t do anything amazing or say anything clever. I can’t use wise and persuasive words, to win friends and influence people; to impact anyone’s life, in order to ‘draw them in’. From beginning to end, this has only ever been a story about One Person – the Lord God Almighty – and it’s “…the Lord who added (and will continue to add) to His numbers daily, those who are being saved.” [v47]