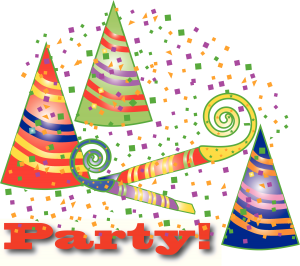 When our children were young and I wanted to celebrate the existence of week-ends, I was happy to find that our dentist approved! He said it was better for the children’s teeth to eat sweets once a week instead of every day! With our dentist’s approval, we continued our weekly Friday Night Video Night celebration right up until they all left home. Our most memorable one is July 31st 2009 – the last enjoyable evening we had with our son.

With party memories swimming in my mind today, and the energizing songs (like the one I posted up today, with its ability to instantly ignite a celebration of great joy), I can’t help but wonder why people think that the Creator God was all about rules. I wonder if there’s a country on the planet like Israel – who were commanded to stop work and celebrate!

There are seven major celebrations, in additional to the minor ones, in the Jewish calendar. Most are week-long and when originally instituted, they were meant to be a lasting ordinance. In other words, the entire country was meant to grind to a halt while everyone came together to feast and celebrate. Now that’s a God I’d like to learn more about! 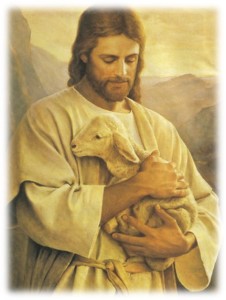 The basis of the idea behind the rules, with their corresponding community celebrations, lays with the fact that the Creator God sees Himself as Father to His children.[a] Not only is He Father, but He’s a good Father – in fact a 100% perfect Father. Good fathers want their children to celebrate but great fathers institute celebrations without gaining their children’s permission to do so – just as Father God instituted the celebration in today’s chapter 1,000 years before.[b]

Where things come unstuck, the moment that seems to hurt our Maker most (and which stirs up His angry), seems to be when God’s children don’t want to celebrate and don’t want to remember their family heritage. King Josiah, in today’s chapter, was the only kings of Israel in 500 years who bothered to celebrate Passover in this way. [v18]

At first glance, though, you may be wondering if any of this historic stuff has anything at all to do with you. Let’s face it, they look like they’re doing some pretty weird stuff. [v11] One may even think that sacrificing 37,600 lambs, goats and other offerings along with 8,300 cows [v7-9], is barbaric and a total waste. But the process laid down by the Creator God for confirming our hope in Him, isn’t as barbaric as it first appears.

This isn’t a mindless god putting undue pressure of poor people – exacting “taxes” from them in wasteful sacrifices. For one thing, it was always about providing food for the priests (who couldn’t work because they were working for the Lord by serving the people), in addition to feeding the people who came to worship. [v12-13] We seem to always look at the outward appearances, but God looks at our hearts.[c] He prefers mercy all year round, not ritual sacrifice at periodic celebrations. Heart-felt acknowledgment, rather than burnt offerings.[d]

In his party planning, Josiah was acknowledging not just the existence of his Father God, but who He is and what He’s done – especially creating this nation in the first place, on the night of that first Passover in Egypt.[e] This seven-day feast was celebrated with great jubilation, musicians, people organized into roles, and so much food. [v14-17]

Abraham Lincoln, a famous President of the USA, once said “A man’s as happy as he wants to be,” and while that may be too simple, I’m glad we made a conscious effort to have plenty of fun times in our family, that we now remember. It’s at the family festivals that the family stories come out – most importantly stories about the parents.

We all have a choice to have good stories. And, remembering stories of Father God’s goodness (who He is, and who we are in Him) naturally came out in these community celebrations. When planning parties, the Creator God knew that the next generation/s would naturally ask what the feast was about.[f] The parents then had an opportunity to explain HIStory, through their personal history with their Father God. 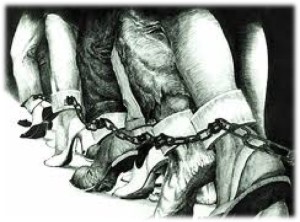 But even the great names in HIStory get it wrong. Even after all that Josiah did that was good, he died at 39 because of a bad choice. [v20-24] His father-in-law, the Prophet Jeremiah, composed laments for Josiah [v25-26], and the nation completely collapsed in the hand of his sons. Yet even this isn’t the end of the story.

Although Passover isn’t celebrated in the way it was (if it were, there’d not be enough cows and sheep and goats in all the world to make up for my sin, let alone yours and everyone else’s), it was never about us and our human achievements. Instead, it’s a celebration of our Maker’s desire to reach down and extract out a family for Himself. He brought us out in order to bring us in, and to give us what He promised on oath. And yes – He commanded us to follow/obey, but that was so we’d prosper and be kept alive. Following Him will be our righteousness.[g]

So, the party planning that went into today’s chapter, is still important – even today – because it’s about the greatest story ever told. 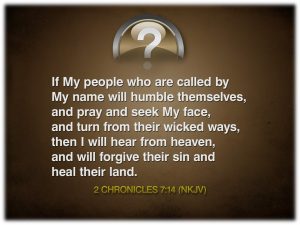 It’s a party to celebrate the day when the Creator God bought at a high price for Himself, and began gathering to Himself, a family of His own. It’s an initiative that’s since gone global and is now open to all who believe HIStory – a celebration about taking the shackles from our feet, and rescuing us from slavery by His Mighty Hand and outstretched Arm.