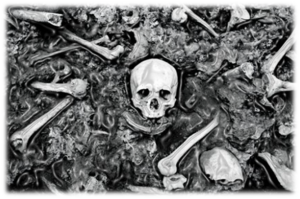 I’m amazed at the life-journey of those who have escaped genocide.  Or, like Moses story in today’s chapter, surviving a death warrant issued by the most powerful man on earth! And yet, there are other lives that seem to end so easily and so quickly.

A close friend, for example, owned a successful lawn-mowing business in Australia. He was kept busy in what had become a healthy, physically-active, outdoor lifestyle. With retirement age approaching, he went for routine health checks that resulted in a biopsy to check for prostate abnormalities. Upon discharge, the medical staff warned him that if he felt unwell, he should contact the hospital immediately – it could be the start of an infection.

Over the week-end his temperature rose and a headache began. However, when he phoned the hospital, they dismissed him by saying that he may have a cold. Within 48 hours, he was showing clear signs of infection. By the time he was treated, his organs were shutting down. Septicaemia had taken hold and he died within days. His story, and the death of our own son (with no medical reason at all to explain why), is confounding. 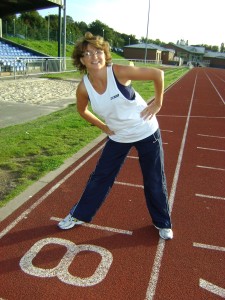 Still, it’s interesting how I can put a lot of effort into survival, prolonging life, and reducing the aging process. But the capacity to live and the security of my days, are fully and completely the result of my Maker – the author and finisher of my faith.[a] My Creator is behind the script of my existence (my manufacturer is behind the mechanics for my capacity to keep operating), after He knitted my DNA together in my mother’s womb.[b] I’m invincible until my number’s up!

Looking then at today’s chapter, where the Creator God lifted an abandoned baby from the home of a slave to the palace of a king, it would be wrong not to allow for a “bigger picture”. For one thing, Moses’ parents were both Levites. [v1] This becomes significant later in this epic storyline when we know that this was the bloodline of Priests in Israel. The only other record, that I know of, where a child has both paternal and maternal Priestly lines, is John the Baptist, the herald or forerunner before Jesus came out on centre stage.[c]

Now, just because someone is born from so-called “good stock” doesn’t make them righteous. In fact, the storyline will show that even in the very next generation, the children didn’t follow in their parent’s footsteps. But when seemingly incidental fragments of information are woven into the text, it’s worth taking note in case something comes of it later. When speaking of John the Baptist, for example, Jesus once said: “I tell you, among those born of women there is no one greater than John…”[d] And, by the end of Moses life, it was written:

“…no prophet has risen in Israel like Moses, whom the Lord knew face to face, who did all those signs and wonders the Lord sent him to do in Egypt—to Pharaoh and to all his officials and to his whole land. For no one has ever shown the mighty power or performed the awesome deeds that Moses did in the sight of all Israel.”[e]

When Moses was born in the reign of genocide, his Mum used the same technique that Noah used for his ark – she coated her basket inside and out with pitch to save her son. [v3] As I read this story, I imagine her praying for God’s protection over her lovely boy, just as God protected Noah. But then Pharaoh’s daughter showed up [v5-10] and, as with many life-storms, this was swiftly unfolding into an unbelievable nightmare!!

Rather than God saving her baby, He lands the child in the arms of the enemy! Yet, as always, our Creator God knows more than us. It’s almost certain, for example, that Pharaoh’s daughter was clueless when it came to the horrors of her father. The movie The Boy in the Stripe Pyjamas shows how many wives and children in WWII Germany had no idea what their husbands and fathers were up to when they “went to work” each day.

Pharaoh, on the other hand, probably had no idea what his daughter was doing with her time. She may have had the child for months among the women and children in the palace quarters, before he would take notice long enough to realize then object. Once discovered, his crying daughter weeping over the “puppy” she brought home, would make him relent and let her keep it. The plan is exactly the opposite to what a mother would want, or ask for in her prayers to God. And yet, though scary, it’s utterly ingenious!

We view life horizontally from where we stand. Our Creator has a birds-eye view from where He is seated above us. When we are unable to see around the next bend or beyond the horizon, 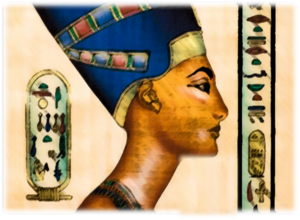 we can’t see the bigger picture in the same way that the Creator can. If Father God wanted a leader for His people, what’s better than to educate him in the palace of the greatest kingdom on earth?

When he was about forty, Moses flees to a region called Midian [v11-25] and several things can be noted from the story…

This story, set 4+/- millenniums ago, shows that the Creator God is sovereign and still in charge on this earth. The same God who 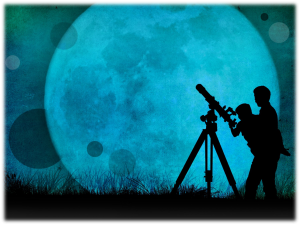 cared for Moses, promises to care for us. It may not be as dramatic as Moses story, but it is a certainty. Much of my inner stress (or distress) in life, comes from losing sight of that fact. So, using a wide-angle lens to allow for the inclusion of “the big picture”, will give me perspective when viewing my life. I wrote about this in the first chapter of my second book Mysterious? …Expect the Unexpected.

We may not have to escape genocide as Moses did, but we’re not here at the mercy of random fate. Nor do we survive or die, based on the competence (or incompetence, as was the case for my dear friend) of those around us. Regardless of the script, “the peace of God that transcends all understand”[h] is ours, when we rest in the sovereignty of the One writing the Play.