EXODUS 1 – When Execution’s An Option

In 2015, the BBC ran a story about Dorit Oliver-Wolff – a five-year old Jewish girl caught up in WWII genocide. She escaped execution twice then, bizarrely enough, went on to become a “pop-star” in post-war Germany![a] Her story is seriously surreal. But with the memory of WWII disappearing swiftly into archived history books and soon to be forgotten on dusty shelves, the UK Education system is putting the past in the spotlight again for next generation students.[b]

Now with new horror stories immerging from ISIS, the real concern is that if we don’t learn in peacetime what is right and wrong (especially learning from the past) it would be difficult for most of us to imagine what moral choices we’d make, or what moral choices that our sons and daughters would make, if faced with immanent death. So, far from being an outdated story from life in Ancient Egypt, today’s chapter is essential reading yet again and the focus is on two young midwives.

They were young girls, much like our own daughter. Perhaps they were chatting about the babies they helped to deliver the day before while they walked to work together. But, suddenly and quite unexpectedly, the greatest storm imaginable slammed into their lives. Reading between the lines, what happened next went something like this…

Still with the smile on their lips from the last happy thought, without warning, they were seized and whisked away to the royal palace. Trembling violently with the shock, yet trying not to show it, they caught sight of the terror in each other’s eyes as they were forced to their knees in the presence of Pharaoh. Slightly relieved that he wasn’t after their heads, the girls were told of their gruesome mission. With a “commission to kill” mandate, every male baby that they helped into this life had to be murdered before its mother recovered from labour enough to intervene.

Amazingly enough, Pharaoh seemed to not make them swear an oath to obey. He just presumed they wouldn’t dare disobey him. But the minds of the girls were reeling as they made their journey back to their abduction point in silence. Upon being released into the street by Pharaoh’s guards, they escaped into the nearest alleyway then burst into uncontrollable tears. Shaking violently and crying hysterically into each other’s arms, they found a mutual trust. Live or die, neither one could mercilessly destroy the life of a child created in God’s image. Neither one could heartlessly look into the face of his mum and say it was a still-birth.

The might of Pharaoh and certain execution, however, seemed to diminish as they looked into each other’s face. Their spirits were in unison: neither one could risk “the wrath of God” upon them – not after their ancestor had personally seen the destruction of Sodom and Gomorrah with fire and brimstone falling from the sky! When execution had become a very real option, they seemed to gain mutual strength in their unspoken conclusion: it was better to be killed than to kill.

So what can be learnt from the opening scene of this second book?

First, no matter how many centuries have gone by, our omniscient (all-knowing) Creator still knows every detail and He doesn’t forget. If He knows the names of those who went down to Egypt and if He knows the numbers and who they were related to – information that we write off as trivial [v1-5] – then He certainly knows every detail about me. Nothing, not even the smallest detail, is outside His knowledge or notice.

Secondly, when the Children of Israel were mistreated and forced into slave labour, it wasn’t an unexpected event. [v8-14] Father God knew centuries earlier when he told Abraham what would happened as part of the so-called family “Blessing”.[c] In other words, if you want to lay claim to Abraham’s Blessing, you need to be ready for the whole of God’s Plan – including the hard to understand bits and the crucibles He uses for refining pure gold in our lives.

And thirdly, the problem that Pharaoh faced, wasn’t that the Israelites were bad people. It was the fact that Father God was accomplishing what He promised Abraham – increasing their numbers – that got them into trouble! [v9-12] Weirdly enough, similar thoughts seemed to be behind Hitler’s actions in pre-WWII Germany.

Almost four millennia after the event, we read the names of two insignificant slave girls. [v15] I wager that there isn’t a document on earth from ancient times that gives us this level of detail. Why would the names of these two unmarried girls from a population of slaves be important, except that the Creator God says so. He made sure that a record of HIStory in history was kept and miraculously preserved for us to freely read today. The One who determines the number of the stars and calls them each by name[d], remembered the names of these girls even after 46 centuries. If so, then He knows you and He knows me. 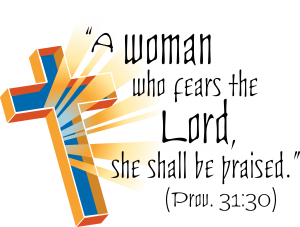 Because these girls fear God, He showed kindness to them by giving them families of their own but that was the very thing that Pharaoh was angry about! [v20-21] Thankfully, Pharaoh didn’t lop of their heads for their blatant disobedience! With execution hanging over their heads, the chapter ends with yet another example of how the definition of “blessing” and “kindness”, from the Creator’s perspective, takes into consideration very little of what’s going on around us. He will often defy our circumstances and confound our logic as He gives us parts to play in His eternal story.

Scene One of Act Two is this epic Play closes with Pharaoh ordering the indiscriminate deaths of every male Israeli born in his country – this is the account of the first act of Genocide to be recorded in human history. Bizarrely enough, this and the greatest act of genocide in the history of mankind (WWII) both involve the same people group, chosen and blessed by God …now that’s a thought…