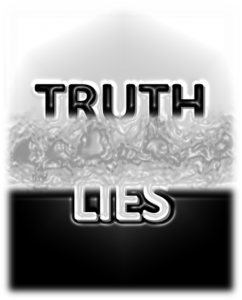 There was a time when one of our daughters was really into the TV Series Lost. In one episode, a man was found on the island, apparently a victim of a hot air balloon crash. He included enough detail in his story to make it sound believable. But the detail wasn’t so much that it could become difficult to remember and difficult to keep repeating under questioning. His story checked out on the few details that he had stuck to. Looking a bit deeper however, proved that he was in fact lying.

In all my travels these past 38+ years, one question seems to be common everywhere I go: With so much out there today and so many conflicting messages all claiming to be “Truth”, how can I be sure that the Bible is true?

Chapters five through to eight in the Book of Genesis shows something very important about the Bible as a document from beginning to end, and it’s all in the detail. The first half of today’s chapter for example, couldn’t be more detailed if it had been taken from Noah’s own diary! But it doesn’t make logical sense from where I’m sitting, for someone to add so much “seemingly incidental information” to a story, only to later run the risk of it being proven to be lies. If the first half of today’s chapter is Noah’s actual experience down to the last detail, then we also need to believe the second half of this chapter.

2020 was a project year for me, writing my third book “Thirst: The 2030 Countdown is Almost Over…”. It’s a non-fiction novel looking at our current storages in global freshwater reserves where I’m asking how we got our fresh 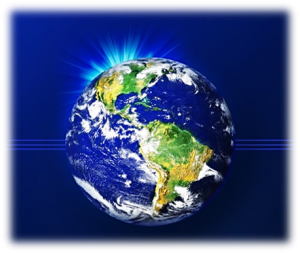 water to begin with. Today’s chapter and Noah’s story feature high in understanding this vital element needed for sustaining all of life. Suffice to say, I’m sure that an adequate level of quality scientific research (the basis of which is already provided in this chapter) would prove that if a sudden global meltdown had occurred, resulting in a global flood, it could quite easily include a temporary disruption to the earth’s rotation; or (if hit by a meteorite) the start of the earth’s rotation on its axis; a reverse in the rotation; a change to the axial tilt; or the cracking open of Earth’s shell, forging sudden and significant Earth Crust Expansion. This would account for the sudden rush of wind that Noah recorded. [v1]

If this chapter is taken seriously, it could quite easily take 150 days for the water to go down – allowing for the first of the mountains to be seen. [v3] And, 227 days for the bottom of the ark to get lodge securely on a mountainside. [v4] If serious math were then applied, it wouldn’t be at all unrealistic for Noah to look out, on Day 300, to see all the top of the mountains in every direction from where he was in the region of Ararat, modern-day Turkey. [v5] If so, then it could be quiet possible for a year to go by, before the landscape looked normal. [v13] Then 14 months for plants to have grown and food on the highest slopes to have ripened enough, for it to be time to leave the ark. [v14]

But this isn’t about substantiating a story, for two reasons:

First, in all my travels through more than 80 countries over four decades, I’ve noticed one thing to be true: when people don’t want to have Faith in the Creator God, or believe His version of history in HIStory (which has been supernaturally preserved so that we can freely read it today), then the act of applying any kind of scientific explanation to it won’t help! Secondly, this isn’t a story about science, or history, or about the survival of life on Earth. This is, and will always be, a story about God Himself from beginning to end, and His interactions with His image-bearers. Our history is HIS-Story.

So, the first words in today’s chapter state that our Maker remembered Noah and all who were with him – His 8 images of Himself and all His created creatures with them – and Father God sent a wind. [v1] In other words, if the Creator of all things says, “Let there be light”; there will be light.[a] If His warns that a catastrophic meltdown will take place; it will happen on the very hour and last exactly the length of time that He said it would.[b] He’s the Playwright, the Director, and the Creator of His own show. It’s the story that He has created on the stage that He made. Then God said “…come out…” [v15]

Fourteen months had passed since Noah and his family entered a cramped, stuffy, smelly, floating menagerie. [v14] Having spent 8½ years living on a ship, sea voyages were always about not feeling well, or not feeling right in my head. I just wanted to lay flat, sleep, and pretty much “hibernate” until we came into port. If there happened to be a lot of movement while in port, the “not right” feeling would persist until there was no movement of the vessel at all. We would have guests visiting us in port and, even tied up to a birth, they would say that they didn’t know how we could stand the constant movement!

If a sudden deluge happened on a certain day and, “the springs of the deep burst forth and the floodgates of heaven opened” (which is clearly caused by a sudden and catastrophic event), it wouldn’t be at all calm sailing on a cruise ship. If a meteorite hit one side of the planet (thus dislodging the water – the easiest thing to move with a sudden strike – and this flung from every spring and thrown forcefully to the air around Noah on the other side of the planet) there would be mega tsunamis and crashing currents outside the ark. Inside, there would be creaking, banging, tipping, and rolling. If so, then my only guess is that (if the animals weren’t scared stiff in the corner of their cages, tossing about on ice-cold water with no central heating in the winter, and no air-con in the summer), many of them are likely to have gone into some sort of sea-sick-induced hibernation. I’m sure I would have!

But here’s a question: How many of us would worship God immediately after surviving a life-threatening catastrophe?

I guess if it was like surviving our shipwreck off the southern tip of South America on January 5th 1988,

stepping onto dry ground would naturally cause you to kiss the ground and thank God! But Noah did more than that. He rededicated his life back to the Lord just as I had rededicated myself to the Lord in 1982 after stepping out of a car wreck at the bottom of a cliff. Noah built an alter to sacrifice an animal and a bird. [v20]  An “incense of prayer” rose up and two things came of it:

First, God made a decree (just as the ancient Kings would make a decree that cannot be revoked): Never again will He curse the ground because of humans. Nor will all living creatures be destroyed in this way – “…as I have done…” [v21]  As long as the earth endures, we will have seedtime and harvest, cold and heat, summer and winter, day and night. [v22]

There’s no record at all of anything that Noah said at this point. We only know what God said and, from it, we know for sure that we’ll never have another global flood. We also know that from this point, we’ll always have seasons. This last point could indicate that the earth gained its axis tilt from that time or that a deeper tilt was corrected back to where we have it today around 23.5 degrees. This is unpacked in my third book “Thirst: The 2030 Countdown is Almost Over…”

So then, this chapter starts and ends with Father God. What’s on the mind of God in the morning, is Noah and the animals that He had 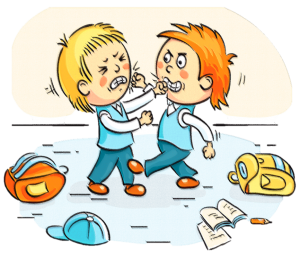 carefully prepared salvation for. On the mind of God at night, is His earth and what’s to become of His creation as long as the earth endures. Sandwiched in there is the knowledge that “every inclination of [the human] heart is evil from childhood”. [v21] On the first day of history as we now have it (after every living thing was wiped from the face of the ground and a fully populated planet* reduced to 8), is v21 – the shocking and ever-present reality lodged at the center of everything. And at the start of the world as we now have it, this is the matter at the heart of everything that is and everything that is to come.

Yet the physical world (the canvas and 3D painting) has always reflected the Creator’s spiritual world. Resurrection is pictured throughout creation. Day and night; summer and winter; seedtime and harvest all show life after death every day and every spring. [v22] Each year “death” is a fact of nature, but the Creator abundantly pictures His promise to us: LIFE after death. This is the reason that we now have a story to read at all. So, the remainder of this book and the next 65 books, substantiate just one story for us. It’s the story of Father God’s epic journey with His image-bearers; where He’s not just saving one person, one family, or one nation physically and temporarily, but saving humankind spiritually – for the rest of our lives, and for all of eternity…

* When writing THIRST, I used MS Excel and laid out the genealogy of families in Genesis and found that the Earth could certainly have been as populated then as it is now (making this catastrophe all the more horrific), but this is explained in my book.