In 2009, when our lovely son left us, the Coroner told us that humans are as much an electrical machine as we are a mechanical one. An autopsy of our son could only check if the mechanics had failed. When the electrics go, however, there’s no way of telling how or why. It made me wonder if more people knew just how precarious life is, when hinged on electrics that modern science can’t explain!

Bizarrely enough, it turns out that the original electrical impulse that caused Mikey’s heart to start beating in the first place, remains an unexplainable medical phenomenon. Apparently, at 22 days’ gestation, an electrical impulse comes from somewhere and kicks start the human heart. It then beats faithfully as a mechanical pump without fail, for the next 90 years – or however long we live. But here’s the thing, at this stage in the womb, the foetus doesn’t have a brain. There isn’t a central nervous system (power control centre) for creating or relying an electrical charge!

To this day, and even with all our clever physics, modern science can’t explain the mystery of the source of our life-power. Without electricity from this miracle power source, our Michael would be unable to begin or “continue”. The answer to “Why?” falls within the supernatural.

Today’s chapter is one of a few incidences in HIStory where divine intervention, from our 100% all-powerful Maker, has left us 100% shocked! Some may wonder why the Creator God doesn’t step into today’s world, and do something drastic about everything that’s going on. But I’d suggest that we may not be happy with His all-powerful decisions, that can’t work in half measures!

In HIStory so far, we’ve seen the Creator being forced to get involved after our free will has given Him no other option except to intervene. We’ve seen a global flood; we’ve seen humanity being scattered into family groups with different languages; we’ve seen cities like Sodom and Gomorra destroyed; and now the collapse of one of the greatest ancient civilizations – Ancient Egypt. Our Maker has given humankind free will, but unfortunately, our free will has become our proven fault!

I can’t explain to you why on August 1st, 2009, my Maker took my first-born son, my only son whom I loved. Nor do I have conclusive answers that explain away the record of this fateful day in HIStory, where He took every first-born male away from Pharaoh. These are two perplexing days. What I can tell you, however, comes from every other day in my life-story where I can agree with Moses who wrote:

The Lord, the Lord God, compassionate and gracious, slow to anger, and abounding in loving-kindness and truth; who keeps loving-kindness for thousands, who forgives iniquity, transgression and sin; yet He will by no means leave the guilty unpunished, visiting the iniquity of fathers on the children and on the grandchildren to the third and fourth generations. [Exodus 34:6-7]

So, if the Creator God is that good, that compassionate and so abounding in loving-kindness, then I need to reason why harsh moments in HIStory make me think otherwise. Whatever equation I use to get a logical, and correct, answer, it must certainly use the fractions of my Maker that are listed above. This is most especially important when I know that He’s 100% in every area of His being i.e. 100% good; 100% compassionate; 100% loving; 100% kind; He embodies 100% truth, and He’s 100% forgiving. And yet, He is also a 100% righteous judge and can’t be anything but 100% in His decision making process.

So, to take today’s chapter out of context, would leave you with a wrong understanding of the Creator God whose mercies are new every morning – great is His faithfulness.[a] With that said, here’s some thoughts…

But you’re no doubt still wondering why thousands of people fell victim to an explained death. Surely that’s wrong! “…and there shall be a great cry in all the land of Egypt, such as there has not been before and such as shall never be again…” [v6] I know what it feels like to wake up and find your son dead in his bed. Multiply that devastating grief by thousands across the nation, and this story is nothing short of horrific! What possible good can be found in that?

Well,  just as we came to find with the unexpected and unexplained death of our own son, let me ask you this: What if there’s another dimension to human experience and existence that we could bring into the equation here?

What if they didn’t die? And what if the Lord the Giver of Life said to Pharaoh “Do to others what you would have them do to you.[f] You’re insisting on keeping the entire population of my people in your kingdom, so I’ll take a fraction of your population to my Kingdom.” The blameless didn’t die at all, but instead, “passed away” – just as our Mikey did.[g]

The clue in the text for me, is the reference to midnight. [v4] I don’t believe that this is the spookiest hour for death to strike. I think the Great Playwright included all these specific details, then miraculously preserved them for 3,500+ years for us to read today. His script is a complex and multifaceted Global Plan – like a 3D puzzle with interlocking puzzle pieces that span generations.

More than fifteen centuries later, for example, Jesus was describing a Day when the Creator God will bring his people suddenly and unexpectedly into His Kingdom. “At that time,” He said, “the Kingdom of God will be like ten virgins who took their lamps and went out to meet the Bridegroom…At midnight the cry rang out: “Here’s the bridegroom! Come out to meet him.”[h] I’ve always wondered why a bridegroom in his right mind would put the girls in danger by coming out into the dark, while he arrived at such an ungodly hour!

I’m wondering if this mention of midnight is a puzzle piece that was deliberately placed into the script, in order to connect it into something that’s far bigger than one people group and one nation.  Just as He told Abraham what would happen to his family 600 years into the future, the Creator God wants us to know Him, and know His Plan for the world. That being so, today’s chapter may hold an important piece in the puzzle that should be pocketed away for later.

Jesus parables weren’t just “good stories” to entertain. Every one was filled with important truth – nothing was trivial padding without sense. There was always a deeper meaning and “prophetic” element. If the two incidents are connected, then it’s highly likely that today’s chapter isn’t about a ruthless god bringing unexplained death. It’s a gracious Father who (after disciplining his son so upsettingly), His worst and greatest “plague” was actually, in effect, a promotion of blameless children into the Kingdom of their Maker. 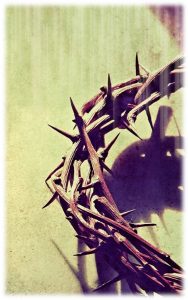 These boys aren’t victims but, the lucky ones. They got to skip over their curse as male humans – who spend their lives working by the sweat of their brow.[i] Instead, they got to live in eternity as sons of the Living God.[j] But why am I telling you all this?

When our Mikey passed away, and the Coroner used the phrase “no earthly reason why”, we had to process his sudden and unexplained death in a way that, perhaps, others may not. In the absence of natural reasons, the only option left to choose from is a supernatural reason. Short of falling into a black hole – and today’s chapter is one of those gaping black holes in HIStory – we needed to cling to faith.

If the Creator God really is a good God – as the script says – then He’ll be warning us, long before the clock strikes twelve, if only we’ll humble ourselves long enough to take heed. If He is a loving God, then there will be a distinction made for those who love Him. [v7] Moreover, there’ll be a perfectly good explanation about 100% of the Plan from beginning to end. With death now having lost its sting[k], our job is simple: to persevere to the end.[l]