JOHN 4 – THE FOUNTAIN OF YOUTH 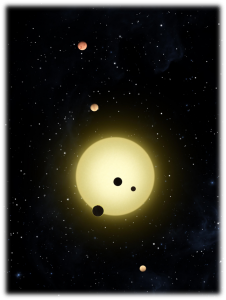 While setting up our cat litter tray with a fresh piece of newspaper one day, a headline caught my attention: Two New Earth-like Planets Identified. This headed the January 7th 2015 article, from The Times.[a] Apparently, these two were among eight new planets found in the so-called Goldilocks zone – orbiting at just the right distance from their star for water to be able to exist on them. The article reminded me once again, of the uniqueness of Planet Earth and how a random “big bang” could produce everything we have, though no other planet has it!

It’s shocking to think that 71% of the surface of our planet is water – a thing so utterly unique among the 4,175 potential planets that the Kepler space mission has so far discovered. Astonishingly, 96.5% of that water is in our oceans. In other words, only 3.5% of the earth’s water is drinkable but there’s 7 billion humans, 6.5 million animal species and 1.6 million plant species relying on it! 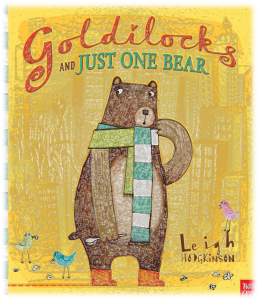 If this isn’t the makings of a good fairy tale, we only have what we have because we’re in what seriously clever people have called: “the Goldilocks zone” – orbiting at just the right distance from our sun for water to exist and life to survive …amazingly enough! But what has any of this to do with today’s chapter?

Nothing is random when it comes to the Creator God – not the universe, not the distance we are from the sun, not the amount of water we have to sustain all life, and certainly not the fact that Jesus “randomly” happens to sit by a well at just the right time one afternoon in the 1st Century AD. After a dispute between certain Jews and the disciples of John the Baptist, over “ceremonial washing”[b] – and not wishing to diminish what Father God had called John to do – Jesus withdrew to Galilee. [v1-3] On His way, He met a lady at a well. And so we make up a cool Sunday School story for children, to entertain them for a while. 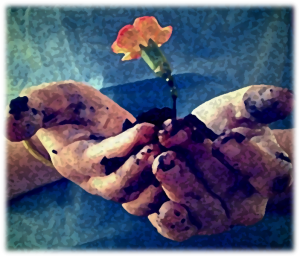 threads mean something. John’s book continues as he carefully picks out moments in the last three years of Jesus’ life. Explaining to the world, who Jesus really is, two things are worth noting: Jesus speaks at length with a woman – a Samaritan woman! In a culture where Jewish teachers kept themselves “pure” and “separate”, Jesus rolls up His sleeves and dives head-first into humanity – meeting us head-on right where He finds us.

So to start with, Jesus didn’t have to go through “Samaritan country” at all. He could have skirted it and stuck to the Sea of Galilee, as other devout Jews would, just to avoid contact with the Samaritans. These were mixed-race Jews and descendants from Ephraim, Jacob’s grandson [v5], who would one day become a group of nations.[c]

If you’ve read the two books of Kings in the Creator God’s epic storyline, these people (in the north of Israel), were remnants from the days of “the divided kingdom” when Ephraim (and ten tribes of Israel) broke away from Judah.[d] Then, under God’s direction, and as part of His Global MasterPlan, the prophet Jeremiah specifically told God’s people to settle down and intermarry in the countries where they’d been carried away to, by invading forces.[e] However, when migrating back to Israel in the years leading up to today’s story and the 1st Century AD, they were considered second-class citizens by the pure-blooded Jews – those who were direct descendants from the tribe of Judah. [v20] 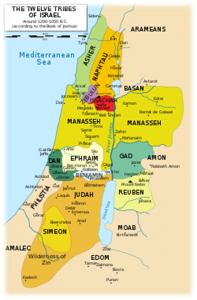 Since the puzzle piece of Ephraim (who had been put at the centre of all his brothers) is an essential component within Father God’s promises to Abraham right at the start of this Epic Storyline[f], Jesus’ actions will always include room for those that the Jews had discarded. It isn’t random, for example, that Jesus withdrew to a village called Ephraim, right before going to His death in Jerusalem.[g] Nor is it random that Jesus stopped by this particular well that Jacob had given to his son Joseph (and therefore Ephraim) a couple of millenniums before. [v5-6]

The intricate threads in the tapestry include another puzzle piece. Jesus’ dad was called Joseph and his grandfather was Jacob.[h] Although it’s difficult to piece together these puzzle pieces, I’ve enough experience with the Creator God to know that they’re not random. On the contrary, they’re so important that the complex tapestry reaches back and stretches forward over millenniums.

I could talk today about a random meeting by a well with a foreign lady – a fountain of youth where, whoever drinks the water that Jesus gives, will never thirst. It’ll become in them a spring of water welling up to eternal life. [v13-14] I could talk about how many from the town, believed in Jesus because of this lady’s story. [v39-42] Or, I could talk about myself, and what it feels like to have your only son die for no medical reason, when today’s chapter shows a man whose son is healed in an instant, and at a distance – without Jesus even going near him to heal him. [v52-54]

But just as Planet Earth is positioned in a so-called “Goldilocks zone”, which is the only reason for 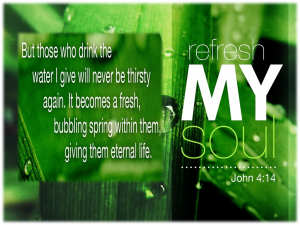 sustained life here, the Creator God has given humankind a very specific “window of opportunity” in time and space in which Eternal Life is possible. So then, I prefer to think that today’s chapter is more about the camera lens widening out – perhaps for the first time in history – to take in God’s bigger picture.

HIStory started with “Let there be light” …and there was light enough to see the Creator God’s Universe-altering Plan for humanity. It’s a complex interwoven fabric for the whole world. And, it begins with cutting directly across our cultural prejudices [v9]; our religious prejudices [v20-23] and finally our unfounded, pre-conceived ideas over who our Maker really is and what He’s up to. [v24,35-36]

Father God is Spirit, Jesus said, and we’re to worship Him in spirit and in truth, but what does that 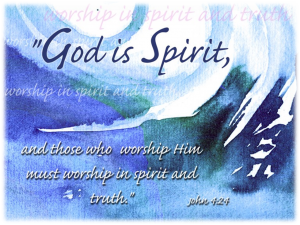 mean? Well… for one thing, we’re like that lady at the well who thought that a certain place made worship special. Some people think that by going to a worship site, they’re “in tune” with the Living God, yet they ignore Him all week long. Others think that being a part of a vibrant crowd of active Believers who show their faith in their lifestyle is what will win people over to Father God. But in being “loving” to their neighbour, they forget that loving God was the first commandment and this, at times, may cost them their relationships, or be at the expense of humans want from a Believer.

Our Maker’s GRACE was never about accepting us as we are without any need for change. From the very first day, the Creator has been about taking something 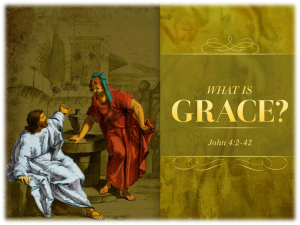 that’s formless and void , and making so much more from it. So, encountering Him in everyday life, is about finding us in “the Goldilocks zone” where we are, orbiting the Son in close proximity in order for Him to extend LIFE to us. When the lady with five “husbands” came to draw water, she met the One who is the Wellspring of Eternal Life. When her neighbours came to see a storyteller, they found a saviour. [v42] So, when we take the Creator’s Word at His word [v50], life will certainly never be the same again…