Some time ago, I asked a friend what she believed in. She liked the idea of reincarnation. You don’t die but get a second, third, forth and fifth chance and more, at “doing life”. When I pointed out that you have no control over what you are when you come back, or where you live upon returning, she got hazy. I suggested that if she were to come back as a cow in India, for example, she’d be revered and well looked after. However, if she came back as a cow in the UK, she’d end up on a BBQ! 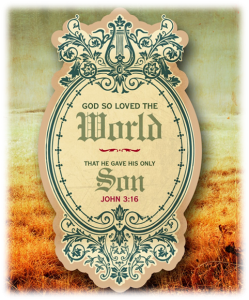 If reincarnation puts the onus on me living by certain rules to ensure another life where I adhere to more rules so that, eventually, after many lifetimes, I finally receive my “get out of jail free” card, the Creator God created a short-cut. By sending Jesus, Father God has provided eternal LIFE right now! And so, by Chapter Three of the Book of John, a lot has been said that already has huge implications. After every chapter, I feel like making a cup of tea and sitting down for a few hours just to process the stunning claims made in every one or two sentences!

Anyone following the Creator God would accept that His creation is the “general revelation” of God. But the script, that’s been miraculously preserved and handed down for us to read today, is His “specific revelation” for those He created in His own image to be like Him. Those who’ve read it would notice that it’s an intimate and personal revelation of who God is, in relation to who we are, and there’s little distance between the word and God Himself. Put another way, to know the word is to know God; to uphold the word is to uphold God; to believe the word is to believe God; and to obey the word is to obey God. 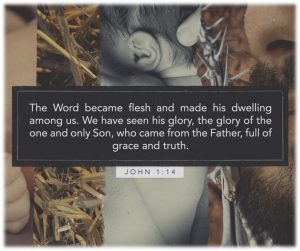 But John, a Jewish adherent from a Jewish family and taught from the script all his life, found buried treasure and hidden wealth stored in secret places.[a] By the time he writes his book, Jesus has lived, died and rose again. After all this has taken place, John has become convinced that not only is Jesus the long awaited Messiah, he’s actually exactly what Father God predicted through the ancient prophet Isaiah.[b]

That being so, then Jesus is the perfect fulfilment of God’s Law i.e. His words, actions and attitudes embodied God’s word. He’s The Living Word of God[c] – just as Moses wrote when the Nation of Israel was born…

“Behold, I am going to send My representative (my Angel) before you to guard you along the way and to bring you into the place which I have prepared. Be on your guard before him and obey his voice; do not be rebellious toward him, for he will not pardon your transgression, since My name is in him. But if you truly obey his voice and do all that I say, then I will…” [Exodus 23:20-22a]

However, “trust” is more than just an intellectual acknowledgement. It’s entrusting oneself to the One leading us to the place that Father God has prepared for us to go, and it’s after a personal commitment to have faith in the Creator’s storyline and His Global MasterPlan. This sort of active faith is the basis of salvation i.e. believing what God has preserved for us to read, is infact true, entrusting oneself to it, and acting accordingly. So, I’d say that the key to understanding this chapter is in the last two verses:

“The Father loves the Son and has placed everything in His Hands. Whoever believes in the Son has eternal life, but whoever rejects the Son will not see life, for God’s wrath remains on them.” [v36]

Whether trusting in reincarnation or putting our hope in our Maker, it’s all about LIFE and how to get it. But the job of the Creator’s representative has never changed: His job was “…to guard [us] along the way and to bring [us] into the place which [our Maker] has prepared…” So, after revealing Jesus’ power (by His first miracle) and His authority (by clearing out the Temple) in yesterday’s chapter, today’s chapter introducing us to the greatest story ever told. In fact, at a time when reincarnation was the only other alternative to the Jewish understanding of life after death, Jesus tackles the “blot” at the centre of every philosophy (including His own Jewish system), for which no solution could be found: the problem of the unavoidable existence of “rebellion”.

Under the cover of darkness, Nicodemus, a member of the 1st Century Jewish ruling council, came to Jesus looking for answers. But rather than starting a new set of rules to adhere to, Jesus takes humanity back to the beginning – back to the Creator God. He explains that after everything else has been tried, tested and failed – and history has proven that all routes fail to end our core fault – “a new creation” is the only way to make “forgiving our rebellion” possible. [v3] 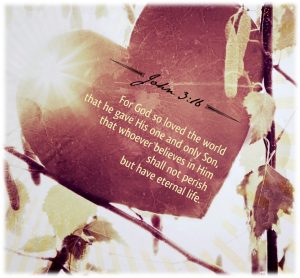 The Creator God has now addressed our core problem: the inability to make the grade under any philosophy, because of our “rebellion”. As a direct result of the Creator’s loving-kindness[e], He makes New Birth freely available to any of His image-bearers (regardless of background whether Jew or non-Jew, male or female, slave or free, rich of poor) if only we would believe, entrust, then act accordingly. [v16-18]

Instead of being trapped in an endless cycle of failure where I can be reincarnated in order to fail again (since failure is already a proven reality), a completely new start is offered! And, just as the Creator God is perfect, His solution is both 100% perfect and 100% complete. Bizarrely enough though, this is the verdict:

“Light has come into the world, but people loved darkness instead of light because their deeds were evil. Everyone who does evil (in any form – large or small) hates the light, and will not come into the light for fear that their deeds will be exposed. But whoever lives by the truth comes into the light, so that it may be seen plainly that what they have done has been done in the sight of God.” [v19-21]

With that said, I wouldn’t be doing justice to the script if I left HIStory there. After my Maker told Moses to write down His permanent instructions so that I could read it today: “…Be on your guard before [My Representative] and obey his voice; do not be rebellious toward him, for he will not pardon your transgression…” He then set about fixing things with an utterly brilliant masterplan: taking my “rebellion” upon Himself[f], so that I could begin a completely new life free from sin – a solution provided nowhere else on the planet, except by His Word…[g]