Today’s chapter is part of a 1st Century Letter to people living in Rome. Incredibly, this letter, written by a Jewish religious academic, has been miraculously preserved for us to read today. It’s then been translated into more than 1,500+/- dialects and languages and, according to The Economist, more than 100 million copies of this letter 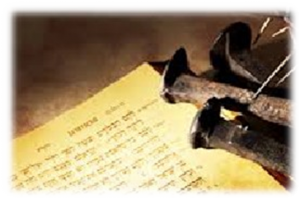 (which is now part of a collection of books called the Bible) are sold or given away every year![a] Because of that, I’m asking: “Why?” What’s in it that’s so important that a private letter of a prisoner could survive the tides of time, when apparently more important documentation from the past has been lost.

Looking at this section of Paul’s Letter to the Romans, I can see that it can be broken into two parts: Deliverance from Bondage [v1-25] and Victory in Christ. [v26-37] In today’s world, especially in the West, you may think that deliverance, bondage and victory are irrelevant topics. But in the rich/poor divide in the 1st Century AD, where being slave or free or Roman and non-Roman, deliverance from bondage was huge. And, living under the oppression of Rome, the idea of victory was also huge. But here’s the thing, there are many ways we can be bound (in any generation and in any society) and there are many levels of bondage that our Maker is offering deliverance and victory from.

Originally, there weren’t chapter divisions in Paul’s letter to the Romans. So, the word “therefore” at the very start is essential for connecting what Paul is about to say, with what we read yesterday. Therefore (because of what we read yesterday and the days before that, and if we take all of it on board and live as if we fully understand what we’ve just read this past week), there is now no condemnation for those who are in Christ Jesus [v1], through Christ Jesus the law of God’s Holy Spirit who gives LIFE has set you free from the law of sin and death. [v2]

Created originally in the image of the Creator of the Universe, then designed specifically to operate in His likeness – beginning first with being specifically commissioned to rule[b] – our greatest “bondage” is within us. There isn’t, for example, a human alive who’s able to claim perfection. All of us are imperfect and limited by the “curse” of not having a perfect life experience (as we were originally designed for) to live in the victory of delivering everything that we’re capable of delivering. On the contrary, we need deliverance from the bondage – the chains of what’s wrong within us and around us.

Without deliverance, once and for all, there’ll be no true or everlasting victory. So then, just these two sentences alone at the start of today’s chapter, are enough to cause me to stop and think today about the power of what my Maker is saying here. If I truly understood today what happened in Genesis Chapter Three (at the start of the Creator God’s Epic Play), then what’s written to these 1st Century Believers living in Rome are history-changing, earth-shattering, universe-altering words. At the end of Part Two in the Creator God’s Eternal Play, seven tiny words seal the matter for us forever: “No longer will there be any curse.”[c] Sandwiched in-between these two, at the start and at the end of HIStory, is today’s amazing thought for today.

Whatever I get wrong and however I fail to live up to my blueprint design, there is now no condemnation with my Maker. The Law of His Spirit of LIFE (what Jesus 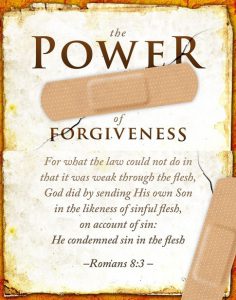 accomplished 100% for me in His lifetime), has set me free from the natural “law” of inevitability in this world – summed up in two words “sin and death”. My life experience (umbrellaed by sin) will only ever be as good as the least amount of sin that I bring to my life-journey, or as good as the least amount of outside force applied by sin from various components of life and work around me. Then, 100% of us face death! If that’s not depressing enough get this: all religious “Law” or set of rules from any Faith system (including the set laid down by the Creator God) are powerless to change these two facts of life: “sin and death”. [v3]

But here’s the truly fantastic news: what was rendered powerless (weakened because of our flesh), God made possible by His Holy Spirit. [v4] In a divine exchange, we’re now set free from the “law of sin and death” in the same way that someone could be set free from the law of gravity or the law of physics. By floating above the natural world, released from the bondage of sin and death, I now have the ability to be who my Maker designed me to be. [v5-7] I can now please God. [v8] 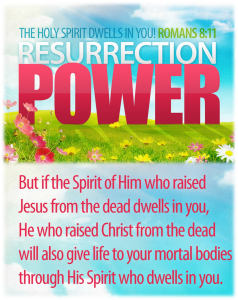 With the Spirit of Christ in me, I now belong to the one He belongs to. [v9] And, though I still make mistakes and my body will still die, my spirit is alive because of His right-ness. [v10] If my Creator raised Jesus from the dead, He’ll also raise me from the dead because His Spirit of LIFE is within me. [v11] So then being delivered from bondage is a divine exchange replacing “sin and death” for “righteousness and life”. But that doesn’t mean I can go on as before. Carrying on as if nothing’s happened is like being my own boss and unattached to anyone else. 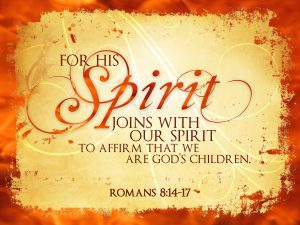 equal rights and have no future in their Maker’s Kingdom, you may think that Paul’s letter (and the fact that the Creator God saved it intact as it was written) proves your point. But the word “son” carries with it full legal weight and female image-bearers of the Living God (if daughters) are drawn into the full rights of “sonship” along with male image-bearers.  Just as both were designed to rule in the Beginning, both now are ruling “sons” and co-heirs with Christ in all God’s promises. [v17] In this way, the Creator’s Handbook (and what He preserved for us to read today) covers every culture on earth with what is true of His pipedream for humanity.

But if the firstborn son in a family fights injustice, all sons will fight injustice. And if the firstborn son suffers for the sake of his Father’s Global Masterplan, then all sons would expect to suffer alongside the firstborn. [v18] There’s always an in-between stage in every work or life experience, where the heroes of the story aren’t recognized. If the Father is not recognized for who He is, the sons of the Father will also be treated as such. And so, we’re stuck here for the minute in this in-between state. Although we may not see any special privileges as “sons of God” as we walk around on earth, His creation knows about HIStory and creation itself is grumbling to Him, as if it were inside the Maker’s stomach grumbling with hunger for what’s about to come. [v19-25]

In this same way, the Holy Spirit of God is also at work. He helps us in our weakness (in our in-between state) and prays for us according to the Will of God. [v26-27] 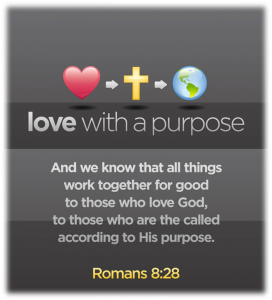 Although we may not see it at the time, between the Creator, His Holy Spirit and the part Jesus played, the Creator is making the synergy of all things working together for good, for anyone who loves Him and who are called according to His purpose. [v28] Although we may not feel it and we may not be treated as such by people around us, those that our Maker foreknew – in our mother’s womb[d] – He planned a destiny for – beginning first in the very Beginning[e] – a destiny to be like Him operating in His Likeness. [v29] And those He planned a destiny for (to live in His likeness), He called. The one’s He called, He justified and the one’s He’s justified in this life, He will glorify in His Kingdom.

Romans 6, 7 and 8 are three chapters of an unfolding explanation showing how the Creator’s divine exchange works for us. In Romans Chapter Six we are Justified legally by what Christ did on the cross for us – Justified just as if we’d never sinned. In Romans Chapter Seven we’re Sanctified – a working progress of the Creator God’s Holy Spirit gradually changing us day-by-day – something that no rule book on earth could do for us. And in Romans Chapter Eight we’re Glorified. Street children bought at a high price and given the Creator’s Name and Spirit, we’re now elevated to the glory or status of “son-ship”.

Then if the firstborn is honoured by the Father for all that He’s down right, surely all the sons who followed in their brother’s footsteps will all be honoured and glorified by the Father. Therefore, if God is for us, who on earth or in heaven above could possibly stand against us? [v31] Who will be able to make a charge against us? [v33] This is a puzzle piece that clips into a scene that dates back now 2,500+/- years. The prophet Zechariah saw a vision of the best of the best at the time: the High Priest Joshua who had entered into God’s presence to pray for the nation of Israel. Yet even with all his ceremonially clean clothes and his righteous lifestyle as the High Priest (the equivalent today is like the Pope or the Arch-Bishop of Canterbury), in comparison to God it was as if he was standing in filthy rags.[f] However, by God Grace, He was given clean clothes and the right to free access among those Holy Beings who were standing there. 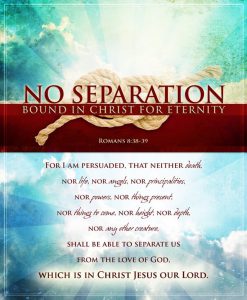 Just as the One in Charge spoke up for Joshua in Zechariah’s vision, Jesus speak up for us and speaks to our Abba-Father on our behalf. [v34] Although we may not see our new status in the reality of our everyday experience, we can’t be separated at all by God’s love. [v35] The victory the Christ experienced at the Hand of the God, because of His personal relationship, we now have access to[g], and nothing in creation is able to separate us from the love of God. God said it and I believe it…