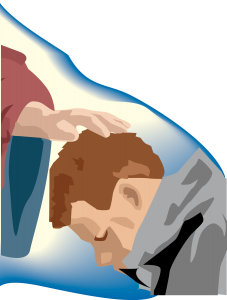 Because my Maker has carefully recorded in minute detail HIStory – right down to private conversations – then miraculously preserved it so that I can read it today, I can only conclude that I too am not just created in His image, to be like Him in every way, cultivating (bringing good changes to) the earth, I’m also set apart for His glory. If so, then how can I live in the likeness of His Word, except to know and learn from chapters like today’s.

Jesus commanded His Followers to go to Jerusalem, Judea and Samaria (their geographical “inner circle”) and then the uttermost parts of the world to “…make disciples of all nations, baptizing them in the name of the Father, the Son and the Holy Spirit, and teaching them to obey everything I’ve commanded you…”[a] But our Maker has had a global agenda ever since He spoke to Abraham, more than 3,700 years ago. His epic storyline (taking in one man, his family, and their nation, which had been dispersed across the world right up to the time of Paul and his friends), hasn’t deviated from this agenda throughout HIStory.

For one thing, Paul and his friends weren’t a bunch of uneducated rebels in hiding. Manaen had grown up with Herod the tetrarch – 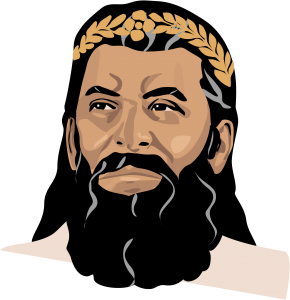 the ruler of Northern Israel who was part of the execution of Jesus. [v1] In other words, it’s like saying that he grew up with Prince Charles. He’s now an older gentleman and someone who was well-off. He’s within the inner school and social circle with Herod, whose dad was King Herod when Jesus was born. Today’s chapter picks up Paul’s story when they were in Antioch, a wealthy Roman settlement.

It’s here that the Holy Spirit communicates again, telling them that Barnabas and Paul are to be set apart and sent away with the Good News message. [v2] In many ways, I think we’d all like to get a clear message from the Creator God. I’d love Him to just speak out of thin air, like He did in the past.[b] However, compared to the first century AD, we’re now the lucky ones for three reasons:

After fasting (not eating for a period in order to be sure they’ve heard right – something that Believers will do either as a regular pattern, or in times of serious matters of prayer), they laid hands of Paul and Barnabas in a symbolic gesture, before sending them away. [v3] And here again, is something special – though there’s often no outward proof or signs…

We have also left a church that we’ve been attending for 19 years. Our Pastor gathered the church leaders around us at the front of the church, and 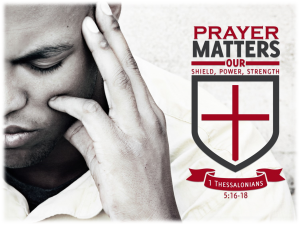 they anointed us with oil, praying for us before sending us away. It’s a special moment of blessing, when a friend will lay their hand on your shoulder to pray for you. Just as it happens in the case of praying for healing, it’s a special moment of showing genuine care through prayer. Laying on hands has been something that has always been done, and no doubt carried forward from Jewish community life.

Empowered by the Holy Spirit for what lay ahead [v4] – a thing that often happened to the country leaders, “man of God”, seer, or prophet throughout HIStory – Paul and his friends spoke the Word of God boldly. It was what had been already written down, and now publicly explained and interpreted in light of the Good News of Jesus’ sacrifice for the forgiveness of sin. [v5]

Stepping out specifically, in the power of the Holy Spirit, meant encountering the spirit world, and experiencing some supernatural moments. [v9-12] It’s worth noting that Paul’s strong words and the severe punishment for Elymas the magician, was probably because he was a Jew and false prophet. Of all people, he should have known better, considering the amount of information handed down to him throughout HIStory about how wrong it is to practice sorcery deceit, fraud and crooked ways. [v9-10] The more you know, ignorance isn’t an option!

The detail in today’s chapter could seem boring and irrelevant at first. Why do we need to know their itinerary [v13-15] and, why such small details as Paul “motioning with his hand”! [v16] But you may remember from my September 5th Breadcrumb, that Luke was writing his Book of the Acts of the Apostles as a report to Theophilus, a Roman official. This isn’t a fairy tale of feel-good stories. Everything that Luke documented (including names of various governors and shipping routes) was easily verifiable for this Roman official. If the detail is true, then the story (no matter how bizarre and “other worldly”) will also be considered true beyond reasonable doubt.

But more than this, what’s happening here is the greatest thing to happen in world history since the day the Creator spoke to Abraham with a promise on oath that in him, and through his “seed”, all the families of the earth will be blessed.[h]

So, when Paul stood up and said, “Men of Israel, and you who fear God…” [v16,26], we have proof that the “seed of Abraham” had been dispersed abroad into every nation under heaven, just as the Creator had predicted.[i] And now, both Jew and non-Jew who choose to fear God, are being “blessed” with the Creator’s Greatest Good News. Beginning first with one family and one nation [v16-22], the Creator has now revealed His Masterplan, according to His ancient promise: a Savour – Yeshua – which means YHWH is Salvation. [v23]

Using their own script from HIStory, Paul (a Jewish academic and previous member of the ruling council) explains how Jesus’ death was part of that ancient promise. [v26-37] This sets the pattern that has since been ignored by believers in the Creator God – the pattern of understanding our benchmark for behaviour through the Law, but understanding the Creator’s Global Masterplan through the writings and the prophets. [v27&29] Unfortunately, when too much focus, or priority, is given to the Law of Moses, the real story of Salvation by Grace through one perfect sacrifice, can be missed.[j]

Likewise, when the Creator’s Good News is received, but little effort is put into how it stems from the Law, the Prophets and the Writing, the full impact of it can be undermined. In a nutshell, the Gospel (Good News) message is simple: GRACE = God’s Riches At Christ’s Expense. [v38-39] There’s nothing we can do at all now, under the old agreement, when the Creator Himself has said that He’d do it all…

“…I tell you that the Lord will build a house for you…He shall build for Me a house, and I will establish his throne forever. I will be his father and he shall be My son; and I will not take My lovingkindness away from him, as I took it from him who was before you. But I will settle him in My house and in My kingdom forever, and his throne shall be established forever.” [1 Chronicles 17:10b-14]

Yet one thing remains (and it continues to come up in many places in the Creator’s epic storyline): Who is willing to take heed and believe? [v40-41] As it turned out, many who feared God took time out of their schedules to hear Paul further. [v42-43] But the chapter finishes with what became a general pattern of events wherever Paul went. He’d begin to speak first with the Jews, which was right and proper since it was their story to begin with. But when they rejected the message of Eternal LIFE, he could feel free to turn to the non-Jews. [v44-46,v50-51]

The role Paul played in the Creator’s epic Play, is being played out on the Stage of Life by every believer on earth today. We’re our Maker’s “light”, bringing salvation to the ends of the earth[v47], and those wanting what’s on offer are coming just as they are…

Although the words of the ancient prophet Ezekiel[k] remain just as true today, as they were in Paul’s day [v51], the success of Father God’s Global Agenda for the next 2,000 years had begun, first and foremost, with God’s Holy Spirit at work in the through us! Those who heard Paul’s message began rejoicing and glorifying the word of the Lord; and as many as had been appointed to eternal life believed. [v48] The word of the Lord was being spread through the whole region, and the disciples were continually filled with joy, and with the Holy Spirit. [v49,52]