If putting a jigsaw puzzle on my Christmas “wish list” is out of the question, I’ve found it fascinating to reverse engineer the Creator God’s 3D puzzle board. There’s so much in this chapter again today, for example, that sharing just one breadcrumb with you, isn’t possible. This is mostly because our Maker is complex and HIStory is, therefore, a complex multifaceted masterpiece of working wonders. In addition, His Global Plan is specifically designed for providing a universal future and hope – just as the ancient prophets Isaiah and Jeremiah had predicted[a] 600+ years before Luke.

So then, the first puzzle piece that I pull off the board to take a closer look at this morning, is the one with the clear references to dating. [v1-4] This is no ordinary “board game”. The backdrop painted here is not part of a fairy tale. Luke was an educated non-Jewish doctor, who was writing a report for a thoroughly educated Roman governor.[b] Even if this undertaking was voluntary, attempting to deceive a Roman official would have been severely punished – and Romans were well-known for the barbarous punishments. Luke’s report, if found wilfully misleading, could have cost him his life – especially if he was not himself a Roman citizen. With the information in Luke book easily verified, the Creator God’s story, in today’s chapter, rests firmly in history – HIStory is our history.

As HIStory unfolds at the beginning of Part Two in this epic Play, Luke steps out onto the 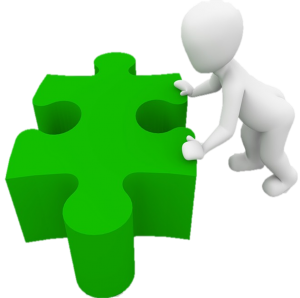 stage to introduce the characters. Mary – related to Elizabeth a descendant of Aaron[c] – was from the Priestly line. This is like saying that she’s a direct descendant of the very first Pope – if Popes were allowed to marry. And Joseph was from the House of David – the royal line. [v4] By pointing this out in his report, Luke clips these two securely to the prophet Isaiah’s prediction in Part One…

“’Listen now, O house of David! Is it too slight a thing for you to try the patience of men, that you will try the patience of my God as well? Therefore, the Lord Himself will give you a sign: Behold, a virgin will be with child and bear a son, and she will call His name, Immanuel.” [Isaiah 7:13-14]

A Roman politician isn’t likely to believe in something branded as “Jewish myths”. But, as a leader over a multi-cultural multi-faith melting-pot, he’d be thoroughly versed in the thinking behind the behaviour of the people, if he’s to keep everyone in check. Both he and Luke seem to have an alliance as two outsiders making sense of the political unrest and religious instability, in the years after this unknown carpenter managed to single-handedly turn the known world upside-down!

Having said that, the Romans had taken onboard the cream of the crop of religious ideas from virtually every “civilized” country they’d conquered. And, like the Babylonians before them, they believed it may be possible for a “son of the gods” to appear in human form.[d] So Luke makes no excuses for his report of angels [v9,13] or virgins giving birth. [v7,12] He simply tells Theophilus exactly what he’d found in his investigations.

Two things are hugely important as soon as this divine being begins to speak. First, this “Good News of great joy” was for ALL people. [v10] In an ethnically diverse society, this “divine message” wasn’t exclusive or divisive, giving preference to a particular people group. The second thing was this: it was the angel (not humans) who first identified Jesus as saviour/Christ/Messiah/Lord [v11], and none of those titles contradicted what the religious leaders of the day were fully expecting.[e]

At the same time, there was no sign of any change at all in allegiance to the ultimate sovereignty of the Creator God. [v14] Our Maker, Father 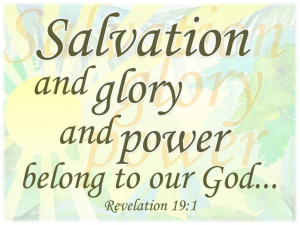 God, is still Sovereign Lord. [v29] He has, however, prepared and sent “His salvation” in the sight of all people. [v30-31] Incredibly, though not at all outside the scope of the Creator God’s original Masterplan[f], His ‘light of revelation’ and message of Peace with God is for Gentiles (non-Jews) as well as Jews i.e. everyone on the planet. [v32]

Quite naturally, this “good news” was contagious. The shepherds spread the word; those who heard wondered about it, and Mary treasured it up in her heart. [v15-19] And here is yet another lesson for us today:

If we’re at all going to connect in any way with the idea of a possible Creator God (who isn’t just interested in us, but who’s actively involved in HIStory on earth), then we need to think before we reject. We need to wonder and treasure it up in our heart, before we write it off as myth or madness. If we allow the content of our Maker’s Handbook for LIFE to rest on us, even for just a short time, I’m confident that we’ll go on our way “glorifying and praising God for all that we’ve heard and seen” – just as the shepherds did. [v20]

Having said that, what we “see and hear” may not be to our liking! This Yeshua (Joshua/saviour), this Immanuel (God with Us), He’s destined to cause the falling and rising of many. [v34] We often say, “rise and fall” not “fall and rise”. This is because most things go up first

i.e what goes up must come down. In our relationship with our Maker, however, we were created “up”.[g] We’re “upright” already. But it’s this very thing, of God-given choice and rulership, that’s misused to cause our downfall.[h] The role of Immanuel includes a “falling”, a bending, a humbling, a level of regret, before a “rising” is possible. He’ll also become a sign that will be spoken against, so that the thoughts of many hearts will be revealed. [v35]

So, with only eight days into this crazy plan to come Himself[i], the Creator God has already predicted that the “ride” won’t at all be “smooth”[j] …and a sword will pierce Mary’s soul too…

Just at that moment, a prophetess named Anna (from the Israeli tribe of Asher – those in charge of music worship – who had herself been worshipping the Creator in the Temple courts for 7+ decades day and night, just as King David had originally wanted), appeared on the scene thanking/praising God for His ‘redemption’. [v36-38] Thus, in a single moment, the Creator God effortlessly meshed an incredible amount of ancient puzzle pieces into a 3D construction linking whole millenniums, and firmly clipping together whole sections of His storyline.

The child grew and became strong, he was filled with wisdom and the grace of God was upon him. [v40&52] He grew in wisdom and stature and in favour with God and men. The only other place in HIStory where that saying is used, is about the prophet boy, Samuel, 1,000 years earlier.[k]

At twelve, (about the age of Bar Mitzvah where Jesus would have become accountable for His own actions within His culture, and bear His own responsibility for Jewish ritual law, tradition, and ethics; the age where Jesus could lead prayers and other religious services in the family and the community as a full-fledged member of the Jewish community eligibility to be called to read from the God’s word; at an age where He may possess personal property; be legally married; follow the laws, testify as a witness, and – most importantly of all – able to give a d’var Torah, a discussion of some Torah-Law issue, such as a discussion of that week’s Torah-scripture portion), Jesus is found at the Jewish Passover discussing/questioning the religious leaders in the Temple. [v45-47] 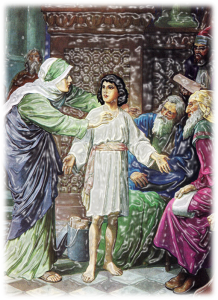 The fact that Luke includes this piece of information in his report, is significant. This isn’t just a story about a lost kid. Strategically, Jesus is now at the age where He can own the house[l], and go about His Father’s business. [v49] He’s now at the age where He could enter legal/religious discussions, so He wasn’t a nuisance among the religious leaders. But the Creator God is far more strategic than that. Jesus had three short days in which to stir up the dust and get them thinking and, later, three short years to execute the Plan. So I’m interested this morning with what questions He was asking them, and why they were all so amazed.

Did He ask, for example, why three “men” came to Abraham, ate food with him and then, after two left, Abraham started calling the third one “Lord”?[m] Perhaps Jesus may have asked why Jacob is said to have wrestled with a “man” all night, and yet later Jacob said, “… I saw God face to face…”[n] This “man” was clearly important because He changed Jacob’s name to Israel – this is the start of the name and nation of “Israel”. Joshua also saw this “man” and, this time, He called Himself the “Commander of the army of the Lord”. However, Joshua then starts calling Him “the LORD” (with capital letters), which is the term only for God. How is this “commander”, called with God’s name?  Or, when God told Moses that there was a second person to listen to, and to obey; someone who has been given ultimate authority to judge whether, or not, to forgive their rebellion; a person who is walking around with God’s Name inside Him. Who is He? Is the Lord our God One Lord[o], or are the two “one”? Because, whoever He is, He’s important: “…If you listen carefully to what He says and do all what I say, then I will ….(fulfil all My promises)…[p]

If that seemed to draw a blank on the faces of the religious leaders that day, perhaps Jesus may have turned to questions about the family Blessing itself. For example, when God promised Abraham that all families on earth would be blessed through him and his descendants[q], how is that currently being fulfilled? What is this family specifically doing that would potentially bless all families on earth? Or, when Jacob handed down this global promise from Abraham to his sons and, with his right hand on Ephraim’s head, he predicted that Ephraim will become “a table of nations”[r], what “nations” has Ephraim become? Would this not be important since they potentially have this right hand of Abraham’s blessing on them?

Whatever questions, Jesus may have asked, it’s no co-incidence that his first discussions as “an adult” are at (and no doubt about) the Jewish Passover. [v41] 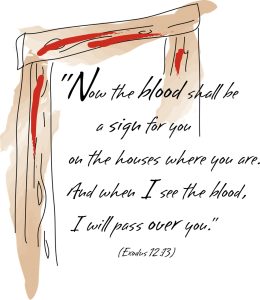 Passover would have been “the discussion of the week” that, at 12, Jesus could enter into. This was the whole reason why Jesus came: for “redemption” – a legal exchange where God Himself who provide “the Lamb of God who takes away the sins of the world”[s] – a scapegoat not just for the people of Israel, but for all mankind.[t] Why? So that when the time comes, Death will pass-over us.[u] 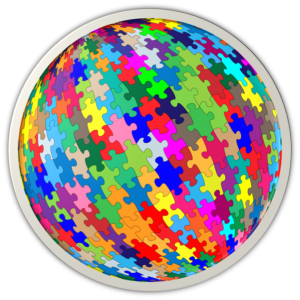 The event of Passover – where Father God extracted out a family for Himself by making a distinction that was only possible by Faith and the blood of the Lamb – was one of 7 centre spokes at the hub of the Creator God’s mysterious puzzle.[v] Reverse engineering what your Maker has spent millenniums putting together, as a complex Salvation Plan for the planet, isn’t actually as hard as you think.

All you have to do is listen, ask questions then (as the religious leaders did in today’s chapter) …stand amazed at His answers. [v48]