I became fascinated one day while reading someone’s blog on the internet. Under the article and video clips, was a string of comments from Muslims and Christians. I think they may have been young people because one “christian” wrote: “What the h*ll is wrong with my religion?”

I think the wording of his question – the way he prepared his speech – answers it! Had he asked, “What’s wrong with my faith in what Jesus did for us?” Or, “What’s wrong with my personal relationship with Jesus?” I’m sure the young Muslim’s response may well have been, “Nothing – well, nothing that I know of, because I don’t know your personal life and how your personal relationship with Jesus is working its way out in day-to-day experiences to bring positive change – cultivation[a] – to yourself and to those around you.”

Unfortunately for this young “christian”, there’s a lot wrong with his “religion”! It’s embarrassing (especially in front of Muslims) to know, for example, about our religion’s historical past in the interim years

since Paul wrote this letter to Believers living in the Roman city of Colossi. It’s a past that no Christian on the planet can deny. It’s embarrassing to see the latest escapades in the tabloids of the so-called Christian-West, or to hear about another “fallen church leader”. It’s terrible to hear how Biblical teachings about God’s blessings, are taken out of context to suck in gullible poor people, in places like Africa – people who are hoping in something that the Bible didn’t actually promise! National Laws that were once founded on our Maker’s Handbook for Life, have now been eroded and the list for what’s wrong with this young man’s “religion” can go on.

But Father God, in the Old Testament, and Jesus in the New Testament were both talking about a relationship not a religion.[b]  Knowing that our Muslim brothers also have the same Father God and Master in Heaven [v1], there’s no place, not even on a random blog site, where coarse language – such as mentioned above – is acceptable. When I continue to put a high priority on a “speaking relationship with my Maker and their Maker” [v2], in submission and thankfulness, it’s more likely that Father God will open up a door of opportunity for me. He’ll trust me with His word – His own message – so that I’ll speak out the mystery of Christ. [v3]  And that I also make it clear, in the way I ought to speak. [v4] 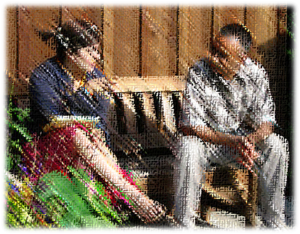 I need to conduct myself with wisdom toward others – especially people who don’t know Father God, or don’t understand Him – and make the most of opportunities that He brings my way. [v5]  If I ensure that my speech is always filled with grace, as though seasoned with salt, I’ll know how I should respond to each person. [v6]

What’s  interesting, is that I don’t have to go out there provoking discussions. I just have to work on what I’ll say if asked. How I respond to another intelligent image-bearer (regardless of Faith background) will depend heavily on how much time I give to reading the Creator God’s words – such that I’ll respond with the most appropriate answers.

By the way the young person responded, in the blog that I mentioned above, I’m left wondering if he was a “Christian” in name (i.e. he aligned himself with Christianity rather than Hinduism, Buddhism etc) yet was that the appropriate public speech of an active Believer: a faithful servant and fellow bond-servant in the Lord? [v7, 12] 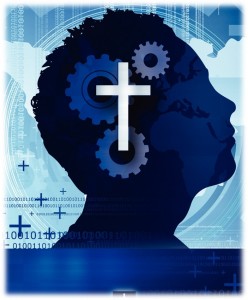 Through my words and conduct, I want my responses to encourage people’s hearts. [v8] This has been a style used by the Creator God throughout HIStory in His epic storyline.[c]  And so, I want it said of me that I’m a faithful and beloved “brother” – one who is counted among God’s people [v9], a fellow worker for the Kingdom of God and proven encouragement. [v11]  Always labouring earnestly for you in my prayers, I want to stand perfect and fully assured in all that’s in the Will of God.

[a] Genesis 1:28a (referencing the word “subdue/cultivate”)