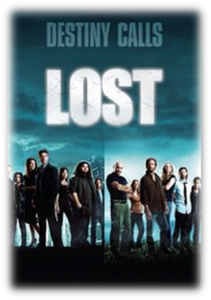 I don’t know about you but when my daughter puts on certain TV shows, I can easily get lost in time. I get sucked into wasting time watching them. The producers always know how to bridge the episodes so that you “need” to watch the next one, and the next one! The TV series LOST, for example, was very magnetic. Once I started watching one or two episodes, I was “lost in it”. Then, if I missed a couple of episodes, I’d give up because I couldn’t work out what was happening. I certainly couldn’t jump between seasons – so much of it would be lost on me.

The letters that Paul wrote in the first century AD, are similar. Like Series IV, this is the fourth letter in a row that we’ve looked at in my Daily Breadcrumbs. But it’s not more of the same stuff. It’s another layer of still more important information for knowing who our Father God is, and what He’s like. Then, we see the word “therefore” appear in the text. When we know who made us, and what our Creator is like, we’ll know what’s expected of anyone created in His own image to be like Him.

But each section that we’re reading is better understood in the context of what was said before and after. Just as it’s difficult to sit down and watch one episode of LOST, we can’t just read in isolation one verse, or one chapter, in the Bible without the bits around it. Today’s chapter, for example, really starts from Eph.4:17 and goes to 5:21. Then Eph.5:22 connects through to 6:9.

This portion of Paul’s letter to those living in Ephesus in the 1st Century AD, can be broken into two parts: Imitating God and Interpersonal Relationships. Both seem to have lost their way – at least in my society. But Paul’s first word is “Therefore…” And, when we see that, we ask what it’s “there for”? Not only are we beloved children, we walk in love. [v1-2] Just as Jesus loved us, and gave Himself up for us as a fragrant offering – even while we were still sinners[a] – we now live as He did.

This makes Christianity a relationship not a religion. We don’t focus by the Law of a rule book, we’re acting like dearly beloved children in a family. This now is the family culture and how we now behave. Why? … because we want to imitate Jesus by being a fragrant aroma for our Father in Heaven and for those around us. This is the first sentence, but it relates to the last sentence about interpersonal relationships.

A fragrant aroma brings into the room a sense of cleanliness. So, naturally, that would not fit with 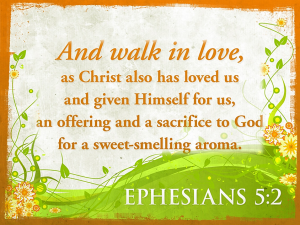 even a hint of – “wafts in the air” – of sexual immorality, greed, or any kind of impurity [v3], nor obscenity, filthiness and foolish/silly talk, or course joking. [v4] Walking into the room, carrying in these with you, isn’t fitting, as one could imagine for the fragrant aroma of a saint. And, Paul warns, it’s certain that none of these have an inheritance in the Kingdom of God. [v5]

So then, the Kingdom of God is more like a hospital, with a virus filtration on its ventilation system. The purity of the air is essential. This planet was allowed all these things – even something as simple as “silly talk” – but look at where it’s got us. Now we live on a planet infested with continual deterioration, and even our justice systems aren’t able to put things right. The “virus”, even a hint of a virus molecule, will fester and will develop. This is why countries like New Zealand and Australia have such strict customs rules to stop contamination coming into their carefully balanced ecosystems. If Father God allowed any form of “sin” into His perfect Kingdom, in a few thousand years, Heaven will be a cesspool of issues – an incubator for deterioration. Where will we be able to retreat to then? 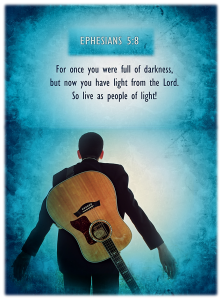 Back in chapter Four (that we read in yesterday’s Breadcrumb), we got the idea of being “in the dark” over who God is and what He wants from us. Having lost my knowledge of Him, I was futile in my thinking; darkened in my understanding of Him; and separated from the LIFE He provides. Because of my ignorance, caused by my hardened heart, I’d lost all sensitivity toward Him.[b] In today’s chapter, we’re assured that we have light from our Maker, in order to live by the light. [v8] His word is a lamp to my feet and a light to my path.[c]  …Why? …So that I won’t be in the dark, left in the dark, nor lost in the dark.

With that said though, I have no time to lose. I need to set aside time daily to regain what’s been lost, by reading His Word. If I don’t, I won’t notice bits like: “the fruit of light consists of all goodness, righteousness and truth”. [v9]

So, what seemed to jump off the page for me, in today’s chapter, was “…find out what pleases the Lord…” [v10] What Paul seems to want in his letters, and what I’m trying to do with these Daily Breadcrumbs, is to ensure that no-one’s at a loss when it comes to the Creator God. If you manage to take on board what Paul’s saying here, in today’s chapter, you’ll be well on your way to reflecting the likeness of your Maker, as one of God’s image-bearers.[d]

It’s always going to be our own responsibility to find out, for ourselves, what our Maker wants of us personally – what pleases Him from our own personal walk with Him. But the best part of HIStory is that we’re in a position of exposing unfruitful needs of darkness – we’re able to identify what’s fruitless [v11] – and all things become visible when they’re exposed to the light. [v13] With light we can now see clearly in which direction to head – most especially to avoid trouble. For this reason, it’s shameful even to mention what the disobedient do in secret.” [v12] 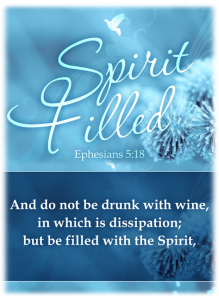 Therefore (there’s that word again) – therefore we’re now able to be careful how we walk [v15], making the most of our time here on Planet Earth [v16], and not being foolish. [v17]  Rather than being drunk with wine, for example, we should fill ourselves up with our Creator’s Holy Spirit. [v18] And, like a fragrant aroma speak to each other  using the Creator’s Guidebook for LIFE, singing and making melody in our heart with thanks for God and for others. [v19-20] Ruling over our circumstances (both good and bad) we change the atmosphere in the room positively!

The rest of today’s chapter is a hot topic.

It’s about interpersonal relationships that can be immediately written off as 1st Century culture that we certainly wouldn’t entertain today. And, the finger appears to be pointing directly at women telling us to “submit”! [v22] In other words, “Pipe down and fall in line. You’re not in charge, so submit to what your husband is saying and wanting, without raising a hand in protest. He’s the boss and you’re the worker/follower.” But this isn’t how Paul started this section in his letter…

Originally, there were no chapter divisions and no verse numbers. We put these in later – after the Creator had miraculously preserved these letters. He’d obviously kept them safe for a very good reason. So, breaking them up into sentences helped us study what it was that the Creator wanted us to find in HIStory. And, the bit that’s easily lost on us, is vital…

If we at all understood what it was to “fear God” – we seem to have lost the art of fearing God[e] – and to fear the One who has been given authority to forgive (or not forgive) our rebellion[f], we’re more likely not to sweat the small stuff in life. 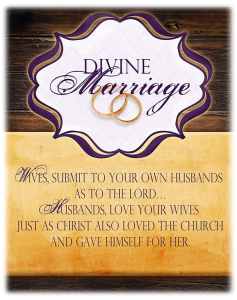 In three short sentences, Paul explains the game plan – where women are standing in relation to both men and our ultimate Saviour. [v22-24] In other words, this isn’t about who’s cooking dinner tonight or who washed your laundry for you. This is war! It’s a life and death battle field where Christ is trying to get both Partners into our Father’s Kingdom – giving up His life to get us safely in. [v23] In this way, of course women will be happy to submit to being led through the fire, in every area of this life experience until, together, we’re safely in the Kingdom of our Father God. [v24]

And HIStory is about another salvation hero – men (or husbands) – who love their Father’s female image-bearers (women/wives) so much, that they too will likewise lay down their lives every day if need be – just as Christ laid down His life for the church. [v25] So then, in a ratio of 8:3, Paul then gives eight sentences to men on how they’re to LOVE their wives in such a way that they’ll be presented to God clean, radiant, without stain, wrinkle or blemish, but holy and blameless. [v26,27] 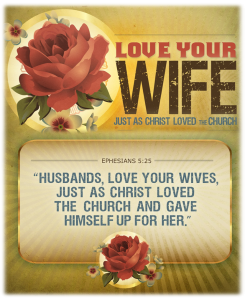 The weight is clearly on his shoulders when us women simply have to “submit” which means: “flop into his arms while he carries the weight and burden of not just getting Himself right before God, but also the safe state of His wife too. While women see to it that they recover the lost art of submission by showing respect for their husbands [v33], husbands have a life-long mandate to unpack what’s been lost in the idea of love for their wives. And, this is a tall order to ask when…

Bottomline, I thank my Father God for His Good News! When I’m born again I’m a new creation, the old has gone and the new has come.[g] Now it’s finally possible for His Holy Spirit to take up residence in me – walking with me step-by-step and changing me gradually, one step at a time. His treasure – that was once lost to me – now lies within…