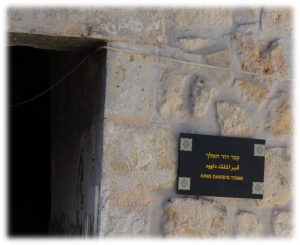 My brother, sister-in-law and I were trying to make a beeline for the Wailing Wall before we lost the hours in our day. We’d only just arrived in Jerusalem that morning, and King David’s Tomb was also on my priority list that day. I had wanted to mark the “three-year milestone” in memory of our late son who had set his life-plan on a full-time role in Gospel Music. It seemed appropriate to me that this would be located atop Mt Zion – at the place that has been marked out today in memory of the guy who first brought together the most elaborate music team ever to offer worship in song, on a 24/7 basis.[a]

However, on our way to the Wailing Wall, I was stopped by a Jewish man who swiftly tied red wool onto my wrist. Then, without knowing who I was (my background, or worldview that I came from), he began calling down every sort of blessing imaginable upon me. Before I could say anything, he’d already blessed my marriage, my family right down to my grandchildren, even my cooking skills were blessed!

When he finally paused to take a breath, I told him that because of fortune-tellers and superstition everywhere these days, I would never have allowed anyone to tie anything onto my wrist, nor to pronounce anything over me. Although his speech seemed to legitimize superstition under the banner of divine “blessing”, I told him that I only allowed him to do it, because – as a Jew – he was my older brother. However, I went on to say that no amount of scarlet wool – which was all to do with a Law that was so perfectly airtight that neither they, nor I, could ever fulfil it[b] – will ever bring me the blessings that he mentioned, when I already had my Maker’s words over my life in Deuteronomy 28:1-14.

Trying now to move swiftly on to the next person, he finished by asked me for money because he was poor. I asked him why it would be possible for him to be poor when he also had the Deuteronomy 28 blessings! The embarrassment had peaked, and it was time to go on my way. I am sorry to this day, though, that I didn’t pay him to work for me. I could have bought a few hours of his time, to spend in discussions about faith in our Father God. But why am I telling you all this?

Today’s chapter is about the difference between Faith in the Creator God and His Word, and superstition – even a form of legitimized superstition, no matter how ‘biblical’ that may look.

Under the old system, blessing came through obedience in the Law. Today, blessing comes through dependence and trust in God’s GRACE. However, both required an attitude change: to renounce not only our secret and shameful ways, but our deception and distortions that can creep back into our thinking and behaviour. [v2] But to understand what this 1st Century Jewish writer is saying in today’s chapter, you have to look back on what Paul was saying in the previous chapter.[c]

Humanity’s limited in our sight and understanding. There isn’t a subject on earth that we don’t approach “clueless”. Everything new that comes our way, is hard to understand at first and even the Creator’s Good News (His “gospel” message) has been veiled – covered up, blocked. We’re blind to its truth in the same way that you or I would be clueless when it comes to brain surgery.

As with everything, it’ll take the God who said: “Let light shine out of darkness,” to make HIS light shine in our hearts – to give us “the light of the knowledge of our Maker’s glory” as it’s displayed in the face of Christ. [v6] The catch is, we remain the same in all our humanity – like jars of clay. With that said, we now carry within us His all-surpassing power. [v7] Practically, this will mean that “blessing” is not what I can see – in the way that my Jewish friend pronounced upon me back in Jerusalem that day. Blessing, for those who follow the Creator God, transcends human reality to take on a transpiring, holistic and eternal quality…

“Though hard pressed on every side and afflicted in every way, we are not crushed; though perplexed, we’re not in despair; persecuted, but not forsaken or abandoned; struck down, but not destroyed.” [v8-9]

Now if that can be mistaken for “positive thinking” when taken at surface value, the difference is this: while death is at work in me – just as it is in every single human alive today, whether a slow decline through aging, a definite decease, or the death threats that Paul had to live with [v10-11] – LIFE is also at work in me. [v12]

This is why I’m bothering to write my Daily Breadcrumbs to you in the first place. It’s because I know that the One who raised the Lord Jesus from the dead will also raise me with Jesus and present me to Himself. [v14] I’m speaking this message out for your benefit – so that God’s GRACE (God Riches At Christ’s Expense) will reach more and more people. In order for thanksgiving to flow, to the Glory of God. [v15]

Twice in this chapter Paul says, “…therefore, we do not lose heart…” and he says it again. [v16] Why? Because it doesn’t matter if I end up wasting away outwardly – as many people will – because inwardly, I’m being renewed day by day. [v16] Whatever I experience here, whether light or troubles (and my books show something of those experiences), this life experience here, both good and bad, is achieving for me an eternal glory that far outweighs it all! [v17]

So FAITH (which is focused upwardly and on things not seen), and SUPERSTITION (even the sort of subtle superstition that’s “legitimized” 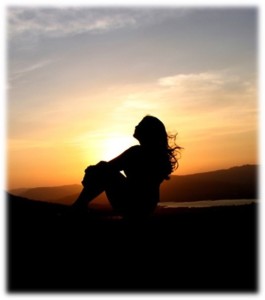 in biblical-looking wrapping paper, yet predominantly focused on visible outcomes for what’s around and immediately ahead, in our present experience), are poles apart. I’m training myself today, to fix my eyes not on what is seen, but on what’s unseen, since what is seen is temporary, but what’s unseen is eternal. [v18] I’m making that on-going choice today, because there’s no other Name by which I’m saved. I’m captured by His GRACE. And now, I’m following HIM…