Years ago, I heard a speaker using a question which has affected my attitude towards my actions 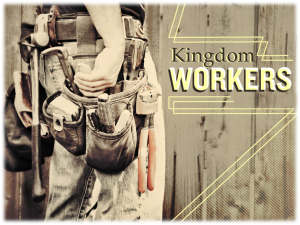 ever since. His topic: Who’s kingdom are you building? I immediately thought of people like Nehemiah in the Bible who was famous for rebuilding the Jerusalem wall.[a] I could see people working hard perhaps in the days of King Solomon (building the Temple in Jerusalem), or the Pharaohs of Egypt (building the pyramids).

The problem that the speaker was concerned about, was that some of the workers were building up the defenses, and the strength, of the wrong kingdom! His question to Followers of the Creator God was: By our underlying ethos to life that influences our thoughts, words and actions, are we building up the Kingdom of God in the lives of those around us? Are we tearing it down? Or, are we unwittingly putting another brick in the wall for the kingdom of darkness?

In this way, all our behavior is constructive, but what are we constructing with our lives? How awful it is to hear story after story of so-called Christians, who turn people away from the Creator God! So strong are the walls built up around some people, that now nothing can get through to them. No amount of good deeds, or words to the contrary, can now change their minds. The damage seems irreversible…

With so many stories of people who are “losing their religion”, the first thing that caught my eye today, was what Paul said in the first three sentences. Paul suggests that there’s the difference been knowledge of God and a Love for God.[b] At the bottom of it all, humanity has the 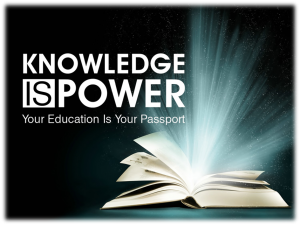 knowledge of good and evil but if that was a good thing, the Creator wouldn’t have stopped us from eating from the Tree of LIFE.[c] Most of our cultures promote obtaining knowledge. Why? Because, they say, knowledge is power. But Paul, in today’s chapter, took a very different approach: Knowledge puffs up but love builds up. [v1]

However strong in confidence I may feel by what I know or don’t know, it’s only God-given love that will build up God’s Kingdom in the lives of those around me. My love for God allows me (and those I positively influence) to be known by God. [v2] Using the example of food sacrificed to idols, Paul explains how using our liberty (gained through Jesus’ one perfect sacrifice on the cross) can confuse those who are watching God’s People. But many of my readers, particularly in a modern Western society, may wonder how this chapter connects with 21st Century life. So here’s some thoughts…

Knowing Jesus’ teaching: “‘If anyone causes one of these little ones – those who believe in me – to stumble, it would be better for them to have a large millstone hung round their neck and to be drowned in the depths of the sea…”[d] – Paul ends this chapter with an extreme statement. [v13] Paul wanted to avoid helping to put another brick in the wall of satan’s kingdom – or tearing down what Father God has built up in someone’s life. So, he’d rather not eat meat again (for the rest of his life, if he has to), rather than lose His footing with his Father God.

Tossed on the waves of life, there’s enough struggling in this world without causing more struggles – either for myself or for others. So, the question for one of His Kingdom Builders today is: Am I part of the problem or part of the solution? As His Children we’re free to struggle at every crossroads and over various topics, but we’re not struggling to be free. The good news is: whether we fall down or hold on, all chains have been broken when our Maker saved our souls…

[a] Reference: Book of Nehemiah