When our Mikey left us on the morning of August 1st 2009, his sister was on board Logos Hope in the Caribbean. After being woken in the early hours of the morning, and taken to the Director’s cabin, she was told that her healthy, active 18-year-old brother had died and for no apparent reason.

In a phone call with me later that morning she ask, “Mum, what’s God saying? What’s happened?” She was thousands of miles away from us and we were at home with the body of her only brother. What she was asking was: how faith works – under the most extreme conditions. I had no answers for her with nothing that we could see conclusively. I could only tell her the absolutes about Mike’s Maker, God Himself, and therefore something of His decision-making process. 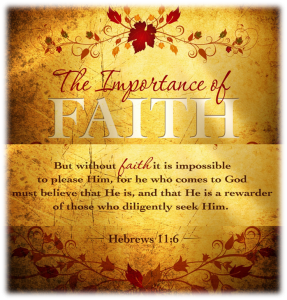 We know that as The Supreme Being, the Creator is in full control. There nothing created (not even the storm that was created that morning in our home) that takes Him by surprise. Nor does He do random. There’s nothing that passes through His hands of control, that isn’t carefully thought through. It’s our job to trust and obey. Just as I said that, I remembered a Sunday School song that I learnt as a child, and I sang it to my distraught daughter over the phone:

Trust and Obey, For there’s no other way, To be Happy in Jesus, Then to trust and obey.

And so it was with deep surprise, and yet with a certain quiet assurance, when I opened my QuieTimes book four months later – on November 28th – to read perhaps the greatest chapter in the Bible dedicated to how Faith works. There, I found that the author, Max E. Anders, had chosen to mention my Sunday School song in his reading notes: “Faith is believing God and acting accordingly… In the words of the old hymn, ‘Trust and obey, for there’s no other way, to be happy in Jesus, but to trust and obey.’”[a] 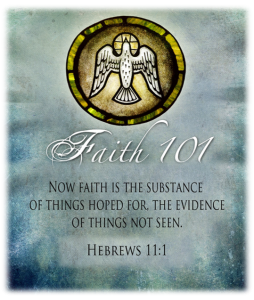 With tears streaming down my face, it was as if Father God had heard my conversation with our daughter that day. He took note, as I grappled desperately for something solid at the height of the storm. Now, here, in Hebrews 11 – a chapter on the core make-up for Faith in the Creator God – He knew that faith is confidence in what we hope for and assurance about what we do not see. [v1]

The rest of the chapter lists many of the places in the Creator’s Epic Storyline where people who followed Him, followed in faith regardless of cost. Woven into the Global Play are incredible scenes of divine intervention. But the fantastic stories of joy and wonder are mixed with the tragedies. There were some people of great Faith, who put their “confidence in things hoped for” but who were tortured, faced jeers and floggings, chains and imprisonment. They were put to death by stoning; they were sawed in two; they were killed by the sword. They went about in sheepskins and goatskins, destitute, persecuted and mistreated. They wandered in deserts and mountains, living in caves and in holes in the ground. [v35-38] 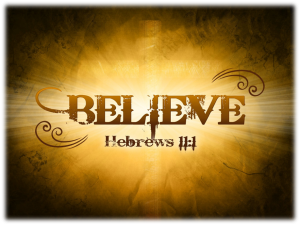 They refused to be released because they were confident of the bigger picture. Like our family, on the day when our only son was taken from us, they had assurance of what’s unseen – the whole Play, not just the portion of the stage and the part where their role was unfolding. They trusted in the Creator who is the Alpha and the Omega, the First and the Last, the Beginning and the End.[b]

These were all commended for their faith, yet none of them received what had been promised. God has planned something better for us all so that only together with us would they in the past, we in the present, and those who are to come, will be made perfect in and through everything our Maker is making. [v39-40]