When writing this article, America entered their 2nd day with a new President – Donald Trump. And, despite being a clever, articulated stateswoman with huge potential, Hillary Clinton lost this most important role evidently because of her private life and testimony of conduct.

Closer to home, today is an incredibly important day for our family as the Board of Directors (for the charity that we work for) discuss the appointment of our next CEO. Over the past months, Mark and I have had several discussions over who we’d like to see lead the work that we’ve committed more than three decades of our lives to and, this morning, over a cup of coffee on this critical day, the topic was not different.

For one thing, the candidate must surely fit the job description with the qualifications listed on the job profile. Surely no one should have slipped through into the process that isn’t “qualified”! Then, Mark left for work and I came upstairs to open my bible. The first paragraph in this portion of a 2,000-year-old letter, seemed to instantly turn all my current opinions upside-down! 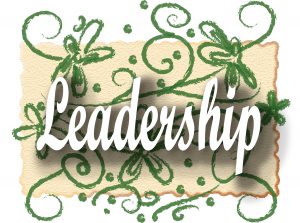 It seems that this letter from the 1st Century AD (which has been miraculously preserved down through the centuries for us to read today), holds quite a different definition of a good leader. The MBA, theological training and the required level of pragmatic charisma that any personality needs for getting people to follow, is focused on “leadership” i.e. the outward appearance and functioning within the role. Is he/she qualified to lead?

By stark contrast, today’s chapter shows that “divine perspective” for leadership is all about the leader. This noble task requires a noble person. So, our Maker is interested in:

Someone who’s squeaky clean – as much as is possible within human frailty. Faithful, within the inner-most circle of the most intimate relationships – which indicates their capacity for faithfulness/trustworthiness in the wider outer-circles of other relationships. Temperate (even-tempered with conservative, carefully thought-through actions) and not rash in his/her decision-making process. Self-controlled, both in his/her private life and public reactions. Respectable image and conduct equal to that of the status/position. Hospitable – someone who personifies a warm, inclusive safe-haven. Able to “preach to others” and impart knowledge for positive change, because they’re living up to their own message. [v2-3]

Weirdly enough, and quite at odds with current society (who would never consider delving into the private life of a leader that they’re about to employ), Father God is interested in what’s going on behind closed doors. If he/she can’t manage their family (whom they love and who are apparently loved by them), how can they manage a group of unrelated colleagues with no emotional attachments beyond the need for a pay-packet or having a vague common goal. [v4-5]

It seems that our Maker’s biggest concern isn’t for our followers. The fear highlighted in this chapter is what’s on the road ahead. For one thing, reaching a place of Leadership too quickly can cause conceitedness that will in turn risk our Maker’s judgement. [v6]  As indicated in the old saying: “The bigger they are the harder they fall”[a], a good reputation avoids eventual disgrace. [v7]

No matter how ill-behaved the public may be, it’s always a shock to hear about the “goings on” of people we had once held with respect. It seems to topple our trusting “stack of cards” from the top down. So when I first saw, in the 1990s Gulf War, how strategically placed missiles could knock out systems and take down a country, it made me think about how the fall of a leader can take down many in their wake.

“Strike the shepherd and the sheep will be scattered.” [Zech.13:7]

So if I look around at leaders today, or look at the behaviour of their wives and children in the tabloids – I’d have to agree with putting all of the above leadership qualifications at the top of the list, before any academic qualification, career achievements or work experience. But Paul isn’t just talking about current leaders in high places. He’s writing to any one of us who are currently “setting their heart on being an overseer”. [v1]  This will include many of us in everyday life. In this way, none of us are off the hook. Even middle-management and followers in any area of life functioning, will all need to avoid drinking too much, be worthy of respect, sincere, and who won’t pursue dishonest gain. [v8]

Now most of us, at this point, will be patting ourselves on the back. But when King George VI faced inevitable war with Germany, Prime Minister Chamberlain said, “I fear your greatest test is yet to come.”

So, here’s the spanner in the works: we’re to “keep hold of the deep truths of the faith with a clear conscience”. [v9] This, I fear, is where many of us have come unstuck in recent days. In an age where “the deepest truths” (thing which have formed the foundations of human life and experience or defined “godliness” for millenniums), are being watered down, corroded or thrown out by modern legislation, this is now the pivotal point upon which my children and grandchildren could spin off the game board if put to the test. [v10]

I wish now that being worthy of respect, avoiding malicious talk, being temperate and trustworthy [v11], were our only concern. Unfortunately, for the modern Believer, our greatest test is still to come. It’s the test that separates those who can lead from those pushed along in the crowd of followers – those who can stand out as distinct, with an ability to think counter-culturally, and swim against the current. Regardless of the pressure to conform or the price it’ll require, am I willing to “hold fast to the deep truths of the Faith with a clear conscience”?

Those who have served their Maker well, will gain an excellent standing and great assurance in their faith in Christ Jesus. [v13]

If what I’m reading this morning, or what I’m writing now to you, is wrong, the Creator God could have easily destroyed this false message centuries ago. The fact that He has allowed this private letter between a religious guru and his pupil to survive – when virtually nothing of importance from history remains – tells me that these instructions have been preserved so that “we’ll know how people ought to conduct themselves in God’s household, which is the “church” of The Living God, the pillar and foundation of the truth”. [v15]

So after reading today’s chapter, I’m left amazed that some things haven’t changed even in the past 2,000 years. This indicates that these Leadership Qualifications – what makes a good leader – almost certainly predate this 1st Century letter. Like the Author of divine leadership, the qualities themselves transcend time and space to fit into any generation and any culture. Why? Well, it seems that the truth that the Creator God has preserved – the illusive “mystery from which true godliness springs” – is, in the end, 100% about Jesus and 0% about me. [v16] 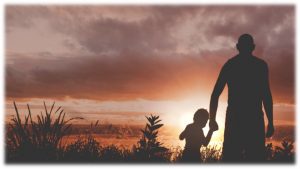 “Father God, help me to get my act together today, and keep it together, as You move me carefully and strategically around Your chessboard, in trust and in responsibility. I want to not just gain the respect of those around me, but gain Your pride as my Maker and as my Heavenly Father.”