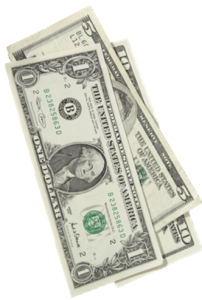 Back in the 1980s, when we were in Colombia with our ship, a man and woman came to our on-board Book Shop with the offer of assistance with US$ currency exchange. We had been warned that Colombia was known for drugs and counterfeit US$, so making good connections with reputable currency exchange dealers was always essential in the developing countries we visited. The ships director (an ex-banker from Germany) spoke with them and examined the notes they had. Seeing that these were indeed real US$, he arranged to see them the following week to exchange a medium size amount from our book sales that could be sent back to our Ship’s Head Office to pay for our book bills.

Unfortunately for us, it turned out that they were crooks after all, and the money they brought to the second meeting was counterfeit. We lost what we gave them. From that experience we learnt something interesting about bank staff working in America. To spot a counterfeit, they don’t study the counterfeit. They study the real thing. When you know what the real thing really looks like and what it really feels like, you’ll be in a better position for spotting the counterfeit.

Like any group of people that profess a philosophy, there will always be the real adherents and the fake ones. Those who wear a mast, identifying themselves in name, yet practice a different standard. Many Muslims today, for example, will be horrified if we lump everyone into the jihad/terrorist camp. Those that have studied the Koran actually say that it’s a peaceful religion. Likewise, if you look at the Catholic-Protestant conflict in Northern Ireland and say “this is Christianity”, you’d be seriously ill informed. But what is “the real deal”?

Well, I noticed a few things from today’s chapter. These Believers from the Roman province of Thessalonica, were loved by God and chosen by Him. [v4]  The proof was when the message came to them, it didn’t just come with persuasive words from a charismatic leader, but also in power and in the Holy Spirit, with full conviction. [v5] So, when the Creator’s word and His Holy Spirit brings conviction that changes my thoughts, words and deeds, I know that I’m on a good path to becoming an imitator of my Maker.[a]

It’s also important to note that today, there seems to be celebrity speakers and “prophets” that travel about attracting large crowds. But before the Thessalonians believed and became imitators of Paul and his companions, they knew the kind of men that they proved to be. [v5-6]  Just as watching the lifestyle of a preacher over time is important, proving my own behaviour is important for those I hope to influence. 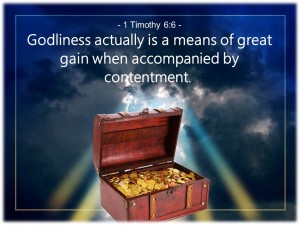 Another popular message today revolves around wealth and blessing. The popular God of today is expected to shield His followers from everything. But the Believers in Thessalonica received the word in much tribulation as well as with the joy of the Holy Spirit, so that they became an example to all the believers in Macedonia and in Achaia. [v6-7]

After turning from idols to the Living God [v9], these new Followers of The Way set out in their work of faith and labour of love, steadfast in their hope in Jesus as Lord and Christ under the watchful eye of Father God. [v3] What was amazing, was that the word of the Lord was ringing out from them not only in Macedonia and Achaia, but also in every place where their faith toward God was gossiped about, such that Paul had no need to say anything. [v8] Their actions spoke louder than their words…

These Believers in Thessalonica were acting in this way because they were waiting for Jesus’ return from heaven after Father God raised from the dead. They knew that He rescues all who believe and follow Father God’s Plan, from the wrath that is to come. [v10]  But what’s that mean?

This last statement has been a dividing issue – the lump in the throat – of many for the last two thousand years. It’s the bit to the message that’s not nice. We want to hear about God’s love for people that He has chosen around the world. We like to here how this affects people’s behaviour so that they spread good works and good news on to others. 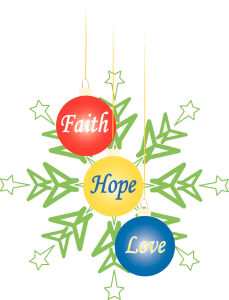 But we draw the line at any mention of “wrath”.

In time, as you go through these Breadcrumbs every day, you should notice that Father God is a Perfectly Good God. There is no evil in Him at all. But, He is also righteous and just. So, at some point, the axe will fall on the unchecked evil that’s going on around the world, along with the disregard for the One who made us in His own image to be like Him. At that time, His judgements will be revealed, and the world’s victims will finally see release and justice.