1 SAMUEL 15 – Genocide: The Elephant in the Room 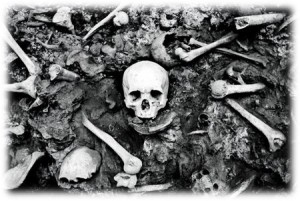 One of the biggest reasons why people today struggle to follow the Creator God, is that they can’t understand His behaviour. Others, like the man in today’s YouTube clip, spend their whole lives thinking that they’re righteous (and their deeds and commitment prove that they’re pleasing to God), only to discover that they’re not doing what He actually asks or wants.

Unanswered questions today include: Why was it Okay in the past, but not right for us today, to commit genocide? This includes stories from our ugly history that Father God seems to have unashamedly preserved in minute detail for us to read today. In today’s chapter, the Creator God commissioned the first king of Israel to carry out the complete destruction of a whole people group – including infants and innocent animals. [v1-3] So is it not a contradiction for Moses, Nehemiah, Joel and Jonah to call the Creator: “The Lord, the compassionate and gracious God, slow to anger, abounding in love and faithfulness…”?[a]

When I read today’s chapter, the first thing to cross my mind was: How on earth can I begin to address this ever-present “elephant in the room” – the topic of genocide! It’s easier to brush it under the carpet and hope that no-one asks about it. Well, there’s plenty of books and commentaries written by clever people out there and, as you seek more answers, I highly recommend these – especially if it’s written by a Messianic Jew. But here’s two things that I think may need to be remembered.

Firstly, today’s chapter is part of an epic storyline. It’s part of a deeper story that reaches back even as far as Abraham’s day.[b] There seems to be a gene pool of very corrupt people on both sides of the Jordan river and the cities Sodom and Gomorrah (which experienced a divine act of judgement) seem to be “ground zero” for the worst of it.[c] Even the timing of the 400-year stay in Egypt for God’s People (which culminated in their slavery to the Egyptians) was pegged against the level of the sin – within the local population of Canaan – reaching its full level.[d]

Seven or Eight centuries passed between the days of Abraham and the time of Saul and in that time the righteous and just God, who is also slow to anger and abounding in steadfast love, was hoping that the Amalekites would change their minds and behaviour before His Judgement fell. There’s a saying in English: “there’s history here that you don’t know about” – it means that there’s more to the story within an existing relationship, that the Creator God has with the Amalekites. [v18&33]

The second thing that I’ve been thinking about – and I’m no expert so you’ll need to check what I’m saying – is about the Hebrew term for our word “destroy” actually refers to the “irrevocable giving over of things or people to the Lord”. So if someone makes a citizen’s arrest, they’re likely to apprehend and secure the criminal, then physically give them over into the custody of the police. God was asking Saul to do what Joshua (a couple of centuries earlier) hadn’t finished.[e]  Saul was to collect up all the Amalekites (the people and all their possessions) and irrevocably hand them over to their Maker. The people along with their possessions were sentenced to “meet their Maker”.

Now giving over people into the hands of God may be understandable if not desirable, it sounds like a nice phrase. But why would they need to be “destroyed” in order to “irrevocably given over”? [v8,9,15,18,20&21] I wonder if the clue may rest in two things: God’s nature and, our understanding of eternal life.

If the ancient prophets Moses, Nehemiah, Joel and Jonah are right to call our Maker: “…The Lord, the compassionate and gracious God, slow to anger, abounding in love and faithfulness…” then there’s a 100% chance that Father God loved the Amalekites, which He created in His own image to be like Him. There’s a story here of deep grief to see His children so badly behaved, and so determined not to change even after so many centuries, that they’re now facing Judgement way ahead of time.

If this was your family and your children who were caught, charged, and sentenced for execution because their crimes were so bad, you’d be utterly horrified to hear that the neighbours helped themselves to their possessions and took their children (your grandchildren) as servants. Like any loving parent, no matter how utterly vile your children had become, you’d still show respect for what belonged to them – what they worked for. Some parents, under the circumstances, would want to seal up the houses of their fallen children, just as they left them. Not a thing touched or moved from its place until the roof caved in or the grass, trees and bushes grew up to cover over what you once held dear.

So, nothing of the possessions that belonged to the Amalekites – including their houses, valuables, animals or their children – were up for grabs. To seize their property, as Saul did [v9&14], would be like making a citizen’s arrest, then, as soon as the owner of the house was put on “death row” or executed, you helped yourself to everything in his house including putting his children to work in your fields. Worse still would be to put the money that you found in his top drawer into the offering plate at church – as if it were an offering to God from your purse! [v15&21] How despicable! Surely you would be arrested yourself and jailed for looting, if you took any part of the dead man’s property. [v19] As it turned out, in King Saul’s case, he lost his right to the throne for such an unthinkable crime of skimming off what could be saved. [v26-29]

When we read parts of the Creator’s Epic Play in isolation, it’s easy to make value judgements without understanding. How bitter will the Day of Judgement be if we find that we’ve rejected God while ignorant of all the facts. What Father God has wanted from humanity, and has always wanted, is obedience. So Samuel comes out with one of the most famous/well known/timeless verses ever to be spoken in scripture…

“Does the Lord delight in burnt offerings and sacrifices as much as in obeying the Lord? To obey is better than sacrifice, and to heed is better than the fat of rams.” [v22]

It then comes with a timeless warning that makes this story incredibly crucial to our life and experience today: “…because you have rejected the word of the Lord, He has rejected you…” I would go so far as to say, if we lost all of scripture but had this one page, we’d have all that we need to understand what Father God wants from His relationship with those that He created in His own image. It’s all that He’s ever wanted even back as far as the Garden of Eden – when they had only one “rule” to follow.[f]

In addition to seeing things from the perspective of God’s nature, there’s the idea of His understanding of life and death. If King Solomon was right, then human image-bearers created to be like God, don’t die when their human body returns to the ground.[g]  In other words, there’s visible life, that we see every day, but then there’s invisible life – when we can no longer see visible life anymore. This, we call “death”. People are “destined once to die, and after that, face judgment…”[h]

With this in mind, I’ve been thinking that “destroying” the Amalekites (as our English translation says) wasn’t the same as “putting an end to them” nor was it the end of their story. It was to “irrevocably give them over” i.e. to send them irrevocably – with no turning back – into the presence of their Maker, for Him to judge each one according to what they had done – some to eternal destruction and others (according to His great compassion) move on to eternal life.[i]

While the title of this article is Genocide: the Elephant in the Room, and though the storyline may still remain confusing, this chapter has another pressing theme: the one of trust and obedience. Like many people today, Saul changed the goal posts – thinking that this was “righteousness” and a better way of treating people. He then reveals the truth of his behaviour and with it, he revealed that he’s not the man to lead God’s people.

It was the fear of what people would think or do that caused Saul to disobey God’s word. [v24] As a first priority, Saul was very much interested in what people thought of him. [v30] So, again, another crucial piece of information about our Maker is revealed in this chapter…

What began in a good way, with Saul hiding among the supplies[j] – revealing that he was a humble person not wanting the limelight – ended so tragically just five chapters later! Samuel never went to see Saul again and God regretted making Saul king. [v35] What a warning for us today! Ending well is as important as beginning well, and it’s all hinged on knowing and obeying the word of God. If we want to lose our place in God’s Kingdom, we can begin with ditching the Word of God in favour of going along with the crowd.

The biggest hindrance today for God’s Word is worrying about what people think, when we take a stand that’s different to society. [v26] But when we take matters into our own hands to re-write the end of our story, even today; when we think we’re been gracious, tolerant and forgiving, we may find that we’re breaking God’s laws in another (unrelated) area. Saul did – when he “rescued” things worth saving but, in reality, it amounted to covetous greed and insensitive looting. 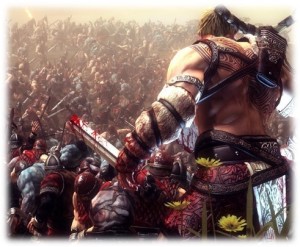 Father God wants us to think clearly and have a mind of our own with free choice, but we have to realise that this will always be limited to our short-sightedness. We don’t transcend time, as God does, and therefore don’t have the full picture. We don’t reside above the earth, with a birds-eye view – as He has – and therefore can’t see around the next corner. We don’t realise, for example, that Saul’s “kindness” meant that centuries later in the Book of Esther, a man named Haman (from the Amalekite family) would one day be like Hitler and attempt to kill the global population of Jews.

With all the information that God holds in His head, we’re to trust and obey His word, follow the storyline and, when we’re struggling to understand, ask His Holy Spirit for insight. All the while, we think it’s about what we can see and what we see in today’s chapter, is genocide. But it’s only ever been about what’s unseen – listening to His voice, hearing His word, trusting that He knows which direction to head in, and not rebelling against any of what He says.[k]