One of the hardest things to experience, is the decline of someone you really care about. They have so much potential. The resources seem to be at their fingertips. 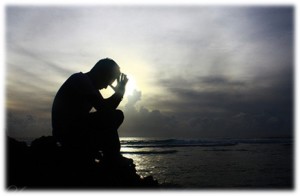 The answers seem so obvious to you. But you’re watching them making wrong moves time and again, without being able to influence or intervene. This seems to often happen to parents when their kids grow to an age where they won’t listen to good advice. They have to be left to “live and learn”. And any help that you’re dying to give them, has to be genuinely wanted, otherwise lasting change and growth won’t take hold in an upward trend.

This gets harder to swallow, when you attempt to confront their wisdom/sense or right-ness of their thinking, words and actions, but they claim “biblical forgiveness”[a] – as if it makes them immune to correction.[b] Forgiveness seems easier than permission. And, the love of God, His grace, or His  forgiveness somehow means that a complete 180◦ lifestyle change isn’t necessary.[c] So, if I were to think about avoiding lost potential, I’d say that it begins with addressing “repentance”.[d] 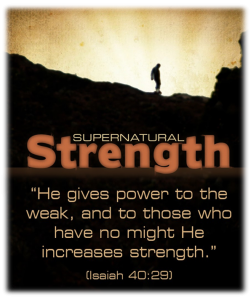 Today’s chapter is perhaps one of the saddest examples of lost potential in the Creator God’s epic storyline so far. Samson was supernaturally empowered to single-handedly subdue an entire people group. This ancient race, originally from Crete, had already over-thrown the inhabitants along the western coast of Israel – the Mediterranean Sea.[e] These people still had remnants of DNA from giants, men of renown from pre-historic times.[f]  Yet no-one could over-power Samson! [v1-5]

In addition, Samson was part of a nation who had a special connection with the God of the Universe, who had previously “promised the earth” in return for something incredibly simple – obedience to His Guidebook.[g] On top of all this, Samson’s parents brought him up as an elitist[h], properly trained in the strictest religious order from birth. [v17] So, every chance was given to Samson, to be the best he could possible be and to attain the most he could possible achieve.

But between yesterday’s chapter and today’s, Samson has had 20 years to get his act together. Now in his 40s, surely Samson is mature enough to have some sort of wisdom. Surely he can at least smell a rat when it’s in the room. Contrary to what one would expect from someone who has lived under a Nazarite Vow from birth, he still seems to have loose morals. [v1] Incredible, though, Father God rescues him from his stupidity – again!!! [v2-3]

Still, if you think that the story of Samson, in today’s chapter, is a story about Samson, you’re wrong. While we are tempted to put ourselves on centre stage, all my Breadcrumbs are (hopefully)

showing you that everything is HIStory – the Creator’s story about His interactions with human image-bearers of Himself. Although I see Samson’s lost potential, and can wonder what I should be learning to avoid leaving this life having missed all that I could have been, I want to focus on my Maker. I want to look at the One that I am a duplicate image of – the One who created me to be like Him – rather than focus on who I’m NOT to emulate.

So, the horrible end to Samson’s glory-days [v4-21] tells me that Father God has a limit to His infinite grace. Like any Good Father, He’d be neither “good” nor “God” if He continually mops up after us. Like any good parent, after a period of forgiveness, and grace, pep talks, and fixing up mistakes, the axe will fall. It’s this bit of the Creator God’s role, as the only Good and Perfect God, that we often don’t like or understand.

Though we hope and pray that we’re not “cornered by them” in such a way that we have to pull out the “ruthless” card, we’ll exercise this level of parenting with our own children if necessary. We know that, unfortunately, there’s a point at which you have to “be cruel to be kind”. However, when the Creator God is pushed to this cliff-top moment with His children, we accuse Him of not being “good enough”!

And so it was that, just as the Creator God had gravely warned and solemnly predicted through Moses[i], Samson’s clear lack of common sense and blindness to danger (especially after 20 years without gaining a fraction of wisdom), eventually pushed His Father God to step back, allowing Samson to walk head-long into the natural consequences of his unchecked decisions.[j] As shocking as the events in this chapter are, they don’t come from Father God. The hardest things we experience, happen to us most often as a result of natural consequences of our unbridled free will decisions. Our Maker sees us as diamonds, but we all have to identify and break the cycle that we’re in, to set that diamond free…

So, this is the point where we don’t have to have lost potential. We can ask Father God for wisdom at every turn.[k] When Adam and Eve were tempted in the Garden of Eden when all our trouble first begun, the problem wasn’t that they both ate fruit from a certain tree. The problem was that neither of them thought to return to their Maker to check if satan’s tactics (and their own logic) was misguiding them.[l] Through His Word and His Holy Spirit, our Father in Heaven has provided us with an unlimited storehouse of information, words of advice, training and, at times, correction/rebuke in His Handbook for LIFE…

“All Scripture is inspired by God and profitable for teaching, for reproof, for correction, for training in righteousness; so that the man of God may be adequate, equipped for every good work.” [2 Timothy 3:16-17]

Having created Samson’s inner-most being, as the Creator God has indeed done for us all when He knitted us together in our mother’s wombs[m], we have the fullest potential for fulfilling everything that our unlimited Maker has prepared in advance for us to do.[n]

With seven billion humans currently on Planet Earth, and each taking 9 months a painstaking design from one cell each, that’s five billion, 250 million years-worth of work that He’s accomplished, without a holiday! (Not counting the design time for everyone else in history). But of all the amazing organs and incredible brains, it’s safe to say that the “free choice function” is the integral part at the centre of what makes us “human”. By “human” I mean the original meaning of that word i.e. living images of the Creator God Himself, specifically designed to operate like Him.[o]

If choice is the key component at the centre of everything, Samson’s lost potential, in today’s chapter, isn’t sad because his life story ended shockingly and he died horribly in his early 40s having not attained a fraction of what he could have. This is instead a sad story because it’s about how our Creator God deals with us all. Having carefully designed us and then set us going, He stands back from each utterly unique masterpiece, to watch and wait in heart-break and bated breath, to listen, and to see whether or not we naturally use that central “free will” component to willing fulfil what we were destined to be – living representations of Himself, fully functioning in our Maker’s likeness.