JUDGES 7: THE INSANITY OF OBEDIENCE

Following the Creator God, with His bigger picture, may at times bring us face-to-face with the insanity

of obedience as we feel a sense of foolishness, or fear being branded silly or stupid. My friend’s voice on the phone was surprising. Quite unexpectedly, this close friend of ours from Australia was on the line with a sort of “message from God” about our Michael. Although we keep in contact by email, and I see her every time we’re in Australia, she’d never phoned before and hasn’t phoned since. So, what was this divine inspiration?

Tentatively, as if it were nuts to even say it, my friend explained how she’d experienced a very strong feeling while reading Judges 6-7. The sensation came with a message about our Michael, who was about 12 at the time. But if you want to follow the Creator God, it’s worth understanding from the very outset that insanity, foolishness, a feeling of stupidity, the impractical, the unreasonable, the crazy and senselessness (if measured against human sense), seems to often appear as part of the definition of “obedience to the Creator God”.  The reason, is in the bigger picture.

Today’s chapter, for example, is not about Gideon; it’s bigger than our Michael; and, it’s all about HIM – The Creator alone is God, and to prove that, we surrender to His ways. So, the first thing to notice about today’s chapter is that the numbers in the Israeli army are too high. [v1-8] The problem was that, after bringing them this far, the Creator God couldn’t deliver them. [v2] If this was true, they were sitting ducks next to an army so huge that they looked like thick locusts that had settled in the land – the number of their camels was like the sand on the seashore. [v12] But why on earth would Gideon trust himself to someone who just admitted that they “…cannot deliver Midian into their hands…”?

The blockage wasn’t in the Creator God’s ability, but in the human response after success was granted. [v2] This tells me that if 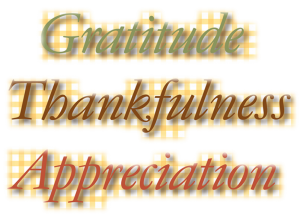 I’m not getting what I want, the problem might not be in the fact that God can’t hear, or can’t provide. The issue may rest in the fact that He knows what I’ll do after I get what I want. If He is indeed God, and I am indeed only an image of Him; if He does indeed hear and is willing to answer prayer, then I should naturally thank Him – in the same way that I’d thank a neighbour who had come to my rescue. I’d tell people who it was that helped me, and I’d put any “glory” onto them. It would be very selfish of me, to accept praise for something that someone else did for me. But here’s the thing, I fail many times in treating my Maker with the same respect.

When I began the long project for writing, I asked Father God to help me have success. In ancient times, for example, people wrote as a result of being “carried along by the Holy Spirit”.[a] So important is this to me, that I pray every day before I begin to write. After all, what an incredible waste of my time if I’m just writing rubbish, human opinions or, if the Lord Himself doesn’t “…bless the work of my hands…”.[b] I’d be better off watching DVDs all day, or sun tanning, then wasting my time writing more human tripe to you.

Yet, after praying (and after re-reading my writing, and even surprising myself with what I’d come up with under the power of my Maker’s Holy Spirit and by His generous grace[c] in 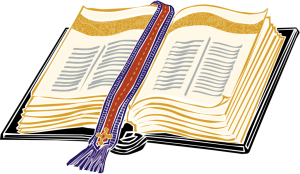 bothering at all with answering my prayer), I then seem to ditch any memory of His involvement, when I receive compliments! Several people have kindly said that my books and newsletters are well-written. Now, assuming they’d not given idle compliments just to make me feel better, I seem to behave as if my own strength (ability) has saved me (given me success). [v2] When I simply respond to kind comments by saying: “…You’re kind, thank-you…” I’m not pointing them to the One who really did all the work. After all, it was He who reminded me of this and that; or pointing out that I should change this or that, in order for me to produce quality work. 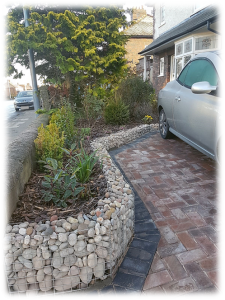 In 2017, a kind cousin left me money in his Will and, it enabled me to redo our driveway. Kind neighbours have since commented on my lovely front garden. But imagine if a neighbour (who is much better than I am at designing things), had come to my rescue that chilly November week. Imagine that she helped me landscape the front drive. Then, imagine me getting “all the glory” while she’s standing right next to me (still covered in dirt), but I don’t mention her name at all in any of the praise. My guess is that she’s likely not to help me again.

In this same way, I need to return back to Father God and give thanks and glory in all that He does for me.[d] And so, in setting up the scene in today’s chapter, the Creator of HIStory plans His moves well. He sends home the bulk of the people – 2/3 of the army who didn’t believe that He could save them. [v3] He then went through what looked like a sort of  charade – getting them to drink water in a certain way. [v4-7] But this isn’t about drinking water in the certain way. This is about giving Gideon an instruction, and watching to see if he’ll trust and obey. It’s also about a sifting mechanism that can’t be tampered with.[e] In the end, it’s a matter of what comes naturally to us at the time, what comes as “second nature” will reveal those who are part of the “flock”.[f]

While this ridiculous scenario may seem like a suicide mission for Gideon and his 300 “mercenaries” [v8], Father God knows our weaknesses. Unlike the Creator God who transcends time and knows the outcomes before they happen, Gideon is operating on blind faith. And so, the Director of this epic Play gives Gideon reassurance. [v10-15] By how Gideon responded to this dream and its interpretation, it seems clear that Gideon had been praying throughout and that this was a significant answer to his prayer. [v15a] 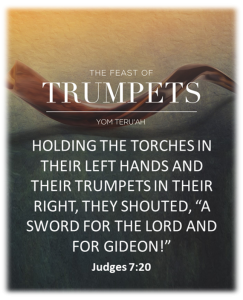 Based firmly on the Creator’s instructions, what he could see from circumstances around him, along with the testimony of others, Gideon sets about making decisions that are trusting in the promises of God. [v16-21] It’s likely that Gideon is a grandchild of those who crossed over the Jordan river in the days of Joshua and, from the storyline so far in the Book of Judges, it’s very likely that they’ve failed to “consecrate themselves”, but the Creator God was still true to His promises: “…tomorrow the Lord will do wonders among you…”[g]

When the Creator God directly intervene in human history, there’s likely to be volcanic carnage! [v22] It seems better to me then, that we should deal with each other (human to human) and deal with ourselves (human to basic conscience) then to wait to deal with the Almighty! So today’s chapter ends with a scene that resembles something that seems to be lifted right out of the Book of Job. Just like a furious alligator, a ferocious dinosaur, or a fire-breathing dragon from days gone by…

…No one is so fierce that he dares to arouse him; Who then is he that can stand before the Lord God Almighty? Who has given to the Almighty One, that He should repay us? Whatever is under the whole heaven is HIS…. Nothing on earth is like Him, One without fear. He looks on everything that is high; He’s King over all the sons of pride… [Job 41:10-11&v33-34]

So if I think today about the idea of how insane it may seem, to be obedient to a Creator that I’ve never seen, I fall back on the proof in HIStory. If it wasn’t true, He wouldn’t have miraculously preserved this story for 3,000+ years, so that I could read it today. Long before DVDs and computer filing systems were created, I hold in my hands a complete record of the very words of someone’s dream, over-heard in the dead of night, 30+ centuries ago! If the Creator God has never let go of the record of His own words, it’s not insane at all to follow the One who’ll never let go of me…