MATTHEW 25: THE PRICE OF OIL

For the past three days, my Breadcrumbs from the Book of Mark Chapter 13, and the Book of Matthew Chapters 24 and 25, have covered some of the most unsettling messages to be handed down to us from our ancient past. We’ve got two choices: ignore it and hope it’ll go away; or, we can calculate the price to be paid for not planning. So, here’s three things to help while you’re deciding:

With these three points firmly in mind, we can read today’s chapter knowing that Father God is a good God who is trying to save as many human image-bearers as He can. First, He uses an analogy of virgins about to marry the Bridegroom. Depending on what culture you come from, this can conjure up many images. So here’s what I believe He’s saying…

No matter what your past holds, or what you’ve done wrong, as His child, bought at a high price, you’re now “virginal” – untouched, undefiled, pure as the driven snow – in His sight…

“‘Come now, let us settle the matter,’ says the Lord. ‘Though your sins are like scarlet, they shall be as white as snow; though they are red as crimson, they shall be like wool.'” [Isaiah 1:18] 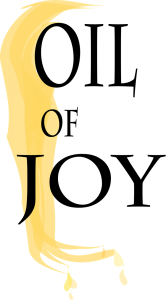 This means that we’ll be welcomed into our Father’s Kingdom with open arms amid a huge celebration, in just the same way as a beloved Bride-To-Be is welcomed in for an only son. My faith is fueled with the joy of this oil.

Having said that, the flip side to today’s story is a warning. As children, we were taught songs like, Give Me Oil in my Lamp to warn us about remaining alert, topped up, ready, expectant – no matter how long our wait may be. But it seems, from the story in today’s chapter, that, for the price of oil and the cost involved in a seemingly endless wait, half the population in HIStory lost their place at the wedding feast.[c]  Not only that, they were told that they weren’t even known to the one doing the inviting. [v12]

However, there’s one thing that I’ve noticed whenever I talk to people about stories like this: people don’t understand that all humans were never created to miss out. Every human created in the image of their Creator God has an inheritance prepared for us by our creator since the creation of the world and, it’s His Kingdom! [v34] If there’s a bad place out there, it was only ever prepared for the devil and his angels. [v41] In other words, all people in today’s story had been bestowed with spiritual “virginity” i.e. “as far as the east is from the west, so far has He removed our transgressions from us”.[d] All had a “clean slate” for a happy and lasting future ahead, but half weren’t prepared. They weren’t prepared in one way. The Bridegroom, the one who mattered most, didn’t know them!

So the moral of the first story is in the price of oil. How much am I willing to spend today on whatever it takes to get to know (and be known by) the One who’s prepared my future with Him since the creation of the world.

The second story is about wasting our God-given investment.

Three people were given various sizes of investment from their Master according to their abilities. [v15] So first up, we don’t have to look at what the next person is doing with their life. We have to look at what Father God has invested in us – through our family and childhood, through our education and background experiences, and through His greatest investment of all: the cost of His only Son – then use our life to the best of our abilities. Two in the story returned to their Master having doubled what He’d invested in them. One buried what he had and simply handed it back as it was first given, with nothing to show for it.

The moral of the second story is that no matter how long our Master is away, there will be a day when we’re called to stand before Him and give an account of what we’ve been given. [v19]

“Thousands upon thousands attended Him; ten thousand times ten thousand stood before Him. The court was seated, and the books were opened.” [Daniel 7:10]

The good news is that the “good and faithful” will share in our Master’s happiness. [v21] Each of us have been given a time frame and while some (like our son) only have a few years, most of us have more than seven decades to master what it means to be “good and faithful”. For whoever has will be given more, and they will have an abundance. Whoever does not have, even what they have will be taken from them. [v29]

If we didn’t get the full impact of the first two stories, the third minces no words. And now we’ve stepped into the decrees of the ancient kings. When something is said three time, it is firmly decided and the law cannot be revoked. So Father God has given us 2,000 years notice – enough time for us to hear, understand, and act upon the future of humankind.

This is the story of the sheep and goats and it’s the most politically incorrect story ever to be read or spoken of in today’s world of inclusion and tolerance. It’s the type of story that Believers today will try to shelve in the hope that no-one stumbles across it in the archives.

Picking up again where the ancient prophet Daniel left off [v31-32a], Jesus adds to the prediction [v32b] and a few things can be learnt…

For one thing, this “inheritance” is something that’s been prepared for us since the creation of the world. [v34] In other words, when Father God makes a separation between His image-bearers – between those whose life bore His likeness and those whose life offered no place for Him at all (due to lifestyle choices of their own) – the outcome for rewarding His image-bearers has, in fact, been a pipe-dream that He’s been planning since the creation of the world. On the day He draws His “sheep” to His side, make no mistake, Father God is going to be ecstatic!

This moment of welcoming in His image-bearers, is what He’s been waiting for since the day He was forced to clothe them and send them away.[e] Nothing has been the same since the day when Father God became separated from His “children”. Everything from Genesis Chapter Three until today has been a recovery operation and rescue job. My guess is that if He could speed it’s coming He would, because nothing will please Him more than to finally welcome His sheep home:

So this story is, first and foremost, about the ancient storyline finally coming to its gloriously happy ending. In order for Father God to channel as many as He can back into His front door, Jesus gave in two simple sentences, an easy-to-do, achievable example of how to live like God would live: a “good and faithful” example of an image-bearer for the One who made us to be like Him. [v35-36]

Today’s chapter isn’t about an “IN” club and an “OUT” club. It isn’t about religion, and who’s got the right story. It’s not even about whether Jesus is indeed the Messiah – the One who carries in Him God’s Name, the One specifically sent ahead of us, to lead us to the place that God has prepared in advance for us to go.[f]

This is a story about those who needlessly end up in a place that was never created for them to go – the inevitable result and consequence of opposing lifestyle choices. [v41-45]  But mostly it’s about people who know the value of the investment their Maker has poured into them.  And it’s about people who put a high price on the oil that’s needed for coming face-to-face with the One who’s out there in the dark looking for them.