In September of 2012, I had the fascinating experience of standing in the Kidron Valley looking up at the walls of the old city of Jerusalem. To my right,

extending up the full slope of the Mount of Olives, is a Jewish cemetery. Rumour has it that they believe their King is coming from that direction and, apparently, they want to be to first in line to see Him.[a]

To my left, was the huge Golden Gate set into the imposing wall of Temple Mount. It’s the oldest of the present gates and is known to Jews as the Gate of Mercy. According to Jewish tradition, the Divine Presence used to appear through that gate and will appear again when their Messiah-King comes. In Arabic, the gate is called the Gate of Eternal Life. If Jesus comes from the Mount of Olives, He’ll enter through this gate.[b]  So, they sealed it up and planted a Muslim cemetery right up to the wall, in front of the gate. This, apparently, is to stop Him coming in.

If these rumours are true, then both groups believe what Followers of Jesus believe. But the problem is, He’s already done it! [v1-11]

In the days between yesterday’s breadcrumb and today’s, Jesus has moved from the east side of 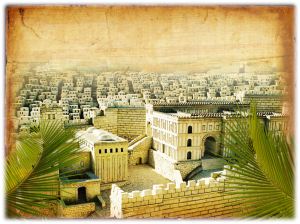 the Jordan and past Jericho – in the same way that Joshua had done 15+ centuries earlier. The Plan: to fulfil Father God’s promises. But to avoid mounting trouble in the lead-up to His death, Jesus stayed in the city Ephraim[c] – an important puzzle piece mentioned in my 20 April Breadcrumb.

Today’s chapter picks up the story just six day before his death. Jesus enters Jerusalem riding on a donkey – Palm Sunday as it is now called. And, if Jesus was coming from the Mount of Olives, the Golden Gate (the Gate of Mercy, the Gate of Eternal Life) is the gate closest to the Kidron valley. [v1]  It’s also large enough to take a crowd that size, and it opens straight into the temple courts. [v11] So their Saviour-King already fulfilled the predictions of the prophet Zechariah on Palm Sunday:

“Rejoice greatly, Daughter Zion! Shout, Daughter Jerusalem! See, your king comes to you, righteous and victorious, lowly and riding on a donkey, on a colt, the foal of a donkey.”[d]

The fact that the people cut branches (symbolising peace) and laid their cloaks on the road, clearly shows that the person on the donkey was their King. But if that clue was missed, their exclamations gave no doubt to what was happening. Hosanna is a Hebrew expression meaning “Save!” [v9-10] and comes from the days of King David – their greatest king.[e] But there’s a deeper meaning here. Yeshua (Jesus’ Hebrew name) is a variant of Joshua, which means God Saves. So, while the crowd may have been thinking of the arrival of a political leader who would save them from the oppressive Roman leadership, the Creator God was writing, directing and acting out HIStory on the stage that He created.

The question over Jesus authority has perplexed the smartest minds for the past 2,000 years. Did He assume 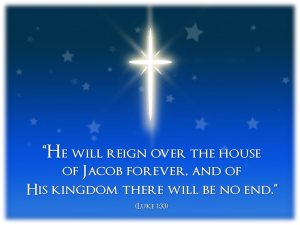 He had authority to take a donkey [v2-6], in order to fulfil both Zechariah’s and Malachi’s[f] prophecies that day? [v15-18]  The answer is: Yes – but only if He was willing to also fulfil the role of the coming King in every other prophecy. This indeed includes opening a gateway for mercy[g] and a door to Eternal Life[h], but only through dying just as the ancient prophet Isaiah predicted.[i]

If the “Triumphant Entry” happened on Sunday, v11-14 happened on Monday and v19-26 took place on Tuesday morning. So, yet again, today’s chapter is written chronologically with a seemingly random “fig tree moment” breaking up a more important story. But nothing’s random; everything’s important. I recommend, then, that you read again v11-14 together with v19-26, because the fig tree incident is telling us several important things…

Armed with this unabating authority that clearly wasn’t weakening or losing its intensity, Jesus enters the Temple courts for the final countdown. He drives out the money-making racketeers using the authority of Scripture [v15-17] and His authority is questioned. [v27-28] The joke is, that while they were standing in judgment over Jesus’ audacious behaviour (and, in their own minds, apparently upholding Father God’s Temple and their righteous system), they were, at the same time, plotting to kill Jesus! [v18]

Living and operating in the confidence of the authority that He’d been given, Jesus doesn’t justify His behaviour. Instead, He asks a question about John’s baptism. [v29-33] This isn’t to deflect the spotlight from Himself, or skirt the real issue of His identity by tangling them up in the own power-struggle with the people. He was clearly answering their question. If John was indeed “the Messenger” that the Creator God was to send, then Jesus would indeed be “the Lord” who would appear suddenly in His Temple…

“‘I will send my messenger, who will prepare the way before me. Then suddenly the Lord you are seeking will come to his temple; the messenger of the covenant, whom you desire, will come,’ says the Lord Almighty.” [Malachi 3:1]

Not only did Jesus have the authority given to Him by Father God, He was on a mission to His own temple that week. Like a complex and intricately woven tapestry, the Great MasterWeaver had a clear purpose, as the clock ticked on – to finally fulfil His own covenant contract that He’d entered into with those who trust in Him[o]…