The idea of the voice lingers in the air as my eyes glide over the words of today’s chapter. I can’t help but lean back into my pillows and think, “This is an incredibly significant moment.” The fact that it’s taking place in the general vicinity where the Book of Deuteronomy left off [v1], tells me that the Playwright is making a statement. He’s taking us back to the moment where history went wrong. Then, using “the voice of one calling in the wilderness” [v3] also confirms in my heart that history’s about to change.

“…I have set before you life and death, blessings and curses. Now choose life, so that you and your children may live and that you may love the Lord your God, listen to His voice, and hold fast to Him. For the Lord is your life…” [Deuteronomy 30:19-20a] 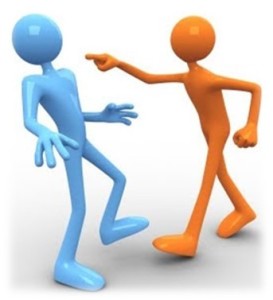 “We acted corruptly towards our Maker and, to our shame, we’re no longer His children but a warped and crooked generation.”[a] Yet HIStory, as laid down in the history of Israel, can’t and hasn’t ended there. So, moving from February into March in my Breadcrumbs, I’ve skipped 15 Centuries for two reasons. I wanted firstly to skip all the destruction and failures on the part of humans. We only have to look in our newspapers today to see how “sinful” humanity has become. Sin isn’t the topic – it’s the solution that’s paramount.

As March begins, I want to show you our Maker’s global “redemption” plan for those He created to be like Him. The curtains open on an orphan who had been born to his parents in their old age. My guess is that by twelve, the age when a Jewish child became adult, John was already fending for himself. And, not surprising when you know some of the puzzle pieces in the Creator’s epic storyline, he’s called to live between 15-20 years wandering in the same wilderness that Moses and the Israelites survived. Like Moses before him, who called the nation to “consecrate themselves” ready for the coming Lord[b], John’s message was simple:

“Repent, for the kingdom of heaven has come near.” [v2]

He was the one predicted by the ancient prophet Isaiah: “A voice of one calling in the wilderness, ‘Prepare the way for the Lord, make straight paths for him.’”[c]  John’s clothes were made of camel’s hair, and he had a leather belt around his waist. His food was locusts and wild honey. But while this was no doubt a result of being orphaned young to fend for himself, it’s a vital clue woven into the fabric of the storyline by the Creator God through the prophet Malachi, four centuries earlier.[d] Because of all this, people from all walks of life went out to meet John from all over the region.

When the religious leaders also came to John, however, he didn’t seem to have a pleasant word to say about them. [v7-12] But before we roll our eyes at another generation of useless religious leaders, think carefully today about what John said…

His message has been prophetic (a divine message from our Maker) for every generation since the words left his mouth. There is indeed a time in our near future where the Creator has appointed a “day of wrath” – a time in the future for the Creator God’s Judgement.[e] But there is indeed a moment even right now, for all of us to flee from the coming wrath [v7] – just as the ancient prophet Joel proclaimed.[f] We’re also called to “confess our sins”. [v6] Yet we also need to produce fruit that demonstrates our life-style attitude of “repentance” – which means a 180◦ turn away from wrong thinking, speech, and behaviour. [v8]

We can’t simply say that our religious ancestry is enough i.e. I’m from Abraham’s family, or I’m christened Catholic, I have my ticket into God’s Kingdom. [v9] Father God has never been skin deep. He designed us all as image-bearers, to reflect ruling leadership through our daily lives – so as to be like Him.[g] And, by His long-suffering grace, He’s warned humankind for more than two millennia, that all deep-seated corruption will to be rooted out and – as John graphically put it in today’s chapter – burned in unquenchable fire …as shocking as that warning is. [v12]

In obedience to Father God’s call to the nation, of which Jesus was now a citizen, Jesus also came. [v13] John objected yet Jesus knew it was “proper” to fulfil all righteousness. [v15] For one thing, how could Jesus be a spiritual leader if He didn’t obey Father God’s most basic commands to the nation, through John. But more than that, as a priest (Jesus came from both the Royal and the Priestly line) – and in his role as Great High Priest for us[h] – it was “proper” (according to Levitical Law) to be washed, anointed, and then appointed by someone higher than you.

So, it’s hugely significant that, as soon as Jesus was baptised, John saw the Holy Spirit descending like a dove and heard the voice of the Almighty in approval. [v17] 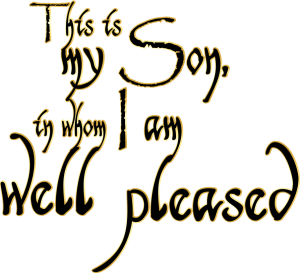 It’s an important clue from Isaiah the prophet: “The Spirit of YHWH – the Sovereign Lord – is upon me, because the Lord (Himself) has anointed me to bring good news to the humble. He’s sent me to bind up the broken-hearted; to voice liberty to captives, and freedom to prisoners; To voice the favourable year, and the day of vengeance, of our God…”[i]