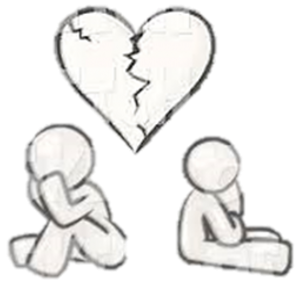 One of the biggest issues with a multi-cultural-multi-faith society is figuring out whose idea of what’s right, is “right”. Even when your friends come from the same ethnic background, and grew up with you in the same town, your upbringing and family values can be hugely different. This colours the way we define what’s “right”. However, what was going on in today’s chapter – in a fairly primitive context, compared with our modern technologically-advanced societies – is still prevalent today.

There’s still an outcry against what’s “wrong” in our world today – even if we turn a deaf ear to it. [v1] The population is greater today than all other generations put together, and many continue to struggle with enough to eat and live. [v2] The majority of the world’s population can’t afford to own property or land, because they’re living hand-to-mouth. [v3] Many are up to their necks and overwhelmed with debt. [v4] And people are still being exploited today by neighbourhood “loan sharks” – helpless, in lives that are little more than slavery. [v5] Thankfully, there are people out there who are still willing to get angry. [v6] 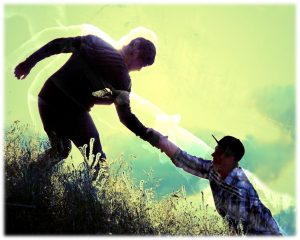 People who’ll channel their dissatisfaction towards effective action, right to the highest level if necessary, to fight against visible injustices. [v7] In Nehemiah’s day, the good guys were giving money to help bail out victims – buying them freedom from their debts. In Jewish Law, this was called “redeeming” someone – releasing them from their debt obligations to someone else. [v8]

In some ways, it could be said that this is happening today when a credit card company says that they’ll take on the balance of all your other credit cards – combining all your debts into one card. However, the huge difference, is that the person paying off the debt then released the victim, “redeeming them” and setting him/her free from any repayment obligation. The “Sabbatical Year” was the Creator God’s idea and, the cancellation of all debts (including the return of land back to the “rightful” owner), was to happen every seven years.[a]

The problem that Nehemiah found was that his countrymen weren’t following their own laws! Instead of releasing their countrymen, they were selling them on to foreigners. From these, Nehemiah had to then buy them back. It was a money-making racket on human flesh, just like the old saying: “Have you come to claim your pound of flesh?!” The issue that Nehemiah was trying to get to, was the issue of goodness…

But who decides if something’s right or wrong; good or bad? How can we define what’s “right”?

Well, it may be worth knowing that there are many ethical systems through which we process our inner understanding of right and wrong. I could wholeheartedly believe, for example, that what’s right is “right” because it feels right. But that’s basing “rightness” on feelings, which is Emotivism. Perhaps some may argue that such a definition is unstable, because feelings fluctuate and you can’t control how others feel.

What felt right (and justifiable) to some in Nehemiah’s day, for example, certainly didn’t feel right to Nehemiah i.e. he became angry when he heard the outcry. The “felt wrong” brought out negative emotion. [v6] So he “consulted with himself” – his conscience and any residual knowledge of “rightness” – before contending with the nobles and rulers. [v7]

That being so, perhaps it could be said that defining “rightness” for yourself, is a better approach i.e. what’s right is “right” because it’s right for me. But this is Egoism and it may come across as individualistic, selfish or narrow. How can something be truly “right”, if it’s only right on a personal level? It might be right for you but it’s certainly not right for me! Therefore, you may prefer to define what’s “right” by saying: what’s right is “right” because it’s right for the group. 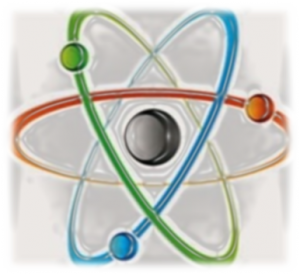 Nehemiah seemed to be working for the group when he suggested that their behaviour on an individual level could have long-term repercussions for the nation i.e. if you don’t change as individuals we’ll see a repeat of our ancestor’s history. [v9] But defining what’s right based on what’s right for the group is Universalism. It’s one of several other conflicting ethical systems that colour our idea of what’s right and wrong every day, without us even knowing it.

After appealing to their existing law over “redemption” vs. adding unnecessary interest and exacting usury [v10-11], Nehemiah brought in the Priests to hold them accountable to their promises. [v12] But why do this? What have Priests got to do with every day business – buying and selling, loaning money and getting your money back?

Nehemiah seemed to know that none of the ethical systems we have can appropriately hold in check our human nature. It was time to appeal to a higher order. So, in a dramatic demonstration, Nehemiah shook out his garments against them and said: “Like this, may God shake out every man from his house and from his possessions who does not fulfil this promise; even like this may he be shaken out and emptied.” [v13] Pretty scary stuff – whatever it means – but is it right to scare people into doing what’s “right”? Well, our Maker’s Handbook says:

After producing the “power/fear card”, they responded “Amen” (we agree, let it be so) before praising the God who first defined the term “righteousness”. When it comes to holistic thinking and community behaviour, the Creator is the author of personal and governmental morality, correctness of social relationships, justice and sincerity. 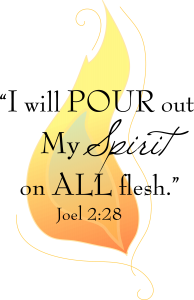 Today’s chapter ends with Nehemiah practically working out the Creator God’s definition of what was “right”, in his work situation and cultural circumstances. [v14-18] Although we’re likely not to be able to relate directly with his examples here, we’ve been given a conscience to help us make our own corrections and adjustments today. Created in the image of God, our Maker has put a “godly awareness” within us to get us started in the right direction.

I don’t have to go far off in my thinking and behaviour, for example, before my “conscience pricks me”. The question is, am I listening to it? Am I responding in the little things, then making appropriate corrections to make thing “right” again. If not, my Maker’s handbook has a very serious warning: “Whoever has will be given more, and they will have an abundance. But whoever does not have, even what they have will be taken from them.”[b] This affects many areas but, most shockingly, would be to have an impaired conscience, which deteriorates so much that one is left with no remaining conscience at all. They lost their conscience!

So, Nehemiah finishes today’s chapter with having defined what’s “right” in his day and age. He pinned his behaviour, and his advice to others, on his Maker’s Handbook.

Though this had been mostly put together in a previous millennium, he didn’t care how old it was, or that his country had dramatically changed beyond recognition since. He was interested in his future relationship with the One who had made him in His own image to be like Him.[c] At the end of the day, Nehemiah wanted his Maker to have a good opinion (a good judgement) of him – according to all that he’d done “right”. [v19]