Communist countries have been under the spotlight in the past, especially over their idea of human rights i.e. you’ve

always been “free”… just so long as you comply with the party line. In the West today, the equality agenda doesn’t in practice seem to be just a pleasant acceptance of everyone else’s choices, such that we’re all equal and every opinion and lifestyle framework is allowable and included. The tone of the subtle undercurrent indicates that if you don’t believe in, or accept that the latest laws are right, then you are intolerant.

So, as I watch our culture evolving around me, I’m wondering: at what point in our democratic right to freedom of choice (especially when choosing noncompliance) will this be vetoed by this new form of tolerance in the West, which seems to rival a new strain of communism? Will a day come when we become like the Founding Fathers of America: escaping our countries in order to find a place on earth where we can practice our deepest beliefs in freedom.

The storyline in today chapter is about Esther’s cousin. Mordecai wouldn’t comply with the latest policy change that had been issued in law by ‘the government’. His noncompliance however, resulted in a death plot to destroy all his family who held to his belief system, both young and old, across all 127 provinces (countries) in the Persian Empire!

But because our behavior stems from our thinking, Mordecai’s actions were directly connected to the first and greatest commandment…

“Hear, O Israel: The Lord our God, the Lord is One. Love the Lord your God with all your heart, soul and strength. These commandments that I give you today are to be on your hearts. Impress them on your children. Talk about them when you sit at home and when you walk along the road, when you lie down and when you get up. Tie them as symbols on your hands and bind them on your foreheads. Write them on the doorframes of your houses and on your gates.” [Deuteronomy 6:4-9]

Yet in order to follow that commandment, Mordecai knew that he would have to demonstrate this ‘love for God’ in a practical way – even if it cost him his friendships, his place in society, or even his life. But by not complying to the latest ‘law of the land’, some things are worth noting…

Whether this is hard to believe or not, those who choose to belong to God’s Global People Group, have been given an ancient framework that has been handed down to us directly from the mouth and hand of our Maker[a] – along with a ‘free choice’ to follow it. By committing our lives to Following Our Maker and His Handbook for Life, we’re committed to His rules ahead of being compliant to the latest trend to be issued from our country’s head office.

So, it seems to me that this storyline in the Book of Esther is shining a light on a picture that’s being painted today of those who want to exercise their inherent freedom of choice by not complying. 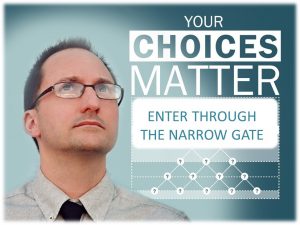 The accusation of intolerance is levelled against those who don’t want to comply. Those people who teach others that they shouldn’t comply with everything that the ‘rulers of the country’ are lately decreeing or sanctioning – especially if an act of compliance means going against their Maker’s Handbook.

The problem with us all, is that we have coloured lenses through which we view life. In addition, our motives are rarely pure. Haman’s response to Mordecai wasn’t about maintaining stability by ensuring that government law isn’t broken. His response dates back to his ancestors. Haman was an Agagite [v1] and Mordechai was a son of Kish.[b] King Saul of Israel, the son of Kish, went to war against Agag, king of the Amalekites six centuries earlier.[c] So, unbeknown to King Xerxes in today’s chapter, this was actually an act of revenge, which had been clothed in the virtue of protecting the Empire and the current laws.

It’s interesting that Haman’s deadly plot hatched on the first month. [v7] The month of Nisan in the Jewish calendar is the month of The Passover for the Jews. 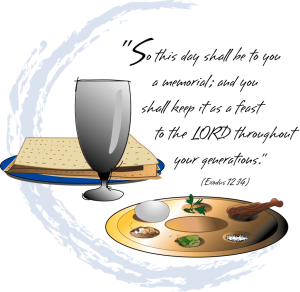 That’s the night when Death passed over them and they were rescued from slavery in Ancient Egypt by the Creator God. He did this for them in order to gather them to Himself.[d] Now, if any of God’s people knew their own script, then as soon as the king’s edict was issued for their annihilation (on this of all months), they should have taken heart. Yes, it was a massive tsunami to flood over them after all that they had already been through, but their Maker was more than capable of rescuing them… again…

It’s also no coincidence that the lot cast, fell to the last month. [v7] Although an excruciating year lay ahead for God’s people, there was plenty of time for Father God to come back with a good plan. But more importantly than this, it gave the perpetrators (Haman and anyone else buying into this evil plan) to “repent” – change their minds and make a 180◦ course correction to their behaviour. If they continued on this path for an entire year without change, they’d come face-to-face with the Person behind the people. Unfortunately, Haman was probably glad of the length of the time frame: to ensure that his project was thoroughly successful.

The angle that Haman used with the king was to single out God’s people as different, and difference wasn’t tolerated in this multi-cultural multi-faith melting pot. Melting into the crowd and going alone with the group as equals, seemed to be fine until “freedom of choice” meant: keeping one’s life separate from the culture and customs of the world around them. [v8] But how many of us would be best friends with people who disagree with us? It’s only natural for birds of a feather to flock together. We only want to keep away from things and not associate with certain people, when we don’t agree with their behaviour or thinking. We don’t agree because of our free choice to have inner values and beliefs are different to their free choice.

Haman then stretched the truth a bit, when he brought up the idea of instability. He accused God’s people of not following the laws of the land, when it was really only one law that mattered to him. The result was incomprehensible: (a) that Haman thought it up in the first place; but (b) that the king agreed to it so readily – telling Haman to keep his blood money and giving him full power to “do what he liked” with the people! [v9-11] One may wish to write this off as a barbaric, unsophisticated society away from which we have thankfully evolved.

But this happened just 70 years ago, when Hitler and his party guests signed the memorandum of agreement to destroy the Jews in WWII. 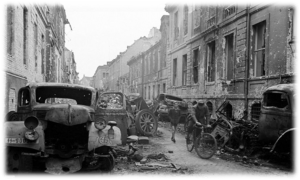 Though this document was never found – due to the Nazis destroying all documents before Nazi Germany fell – it’s commonly known in Germany that such an agreement was entered into at a house in Berlin. If so, then today’s chapter shows how history can repeat itself.

Haman picked the 13th day of last month which makes me wonder about the problem today that many people have with Friday 13th – or 13 anything for that matter. [v12-13] Many hotels won’t have Room 13. This was an Empire-wide issue and couldn’t have escaped anyone’s notice. [v14] Again, similar to WWII, the plot was not just to kill them but to take their valuables as well. How it could have happened back then, 24 centuries ago, seems unthinkable. But that it happened in living memory – though we have (apparently) evolved into something better since then – is inconceivable!

The edict was issued in capital city of Susa (modern day Iran) and Haman along with the king, sat down to drink, while to city was shaking their heads in disbelief and utter bewilderment. But I can’t finish HIStory here, without mentioning something that Jesus once said:

“No longer do I call you slaves, for the slave does not know what his master is doing; but I have called you friends, for all things that I have heard from My Father I have made known to you.” [John 15:15]

Our Maker isn’t playing “Hide and Seek” with us. He’s playing “Seek and Find”. On the morning when we found the lifeless body of our only son, one of the first things I thought was: Nothing takes the Creator God by surprise. From where He sits, He can see from one end of Eternity to the other. He is the Alpha and the Omega, the Beginning and the End.[e] Declaring the end from the beginning and, from ancient times, things which have not yet been done, He says, “My purpose will be established, And I will accomplish all My good pleasure.”[f]

So if Jesus is right, and He is treating us as friends i.e. He’s disclosed everything about our Maker’s business to us. Then, no matter how out of control my world may get in the coming years, I can trust in the One who Sees, if I fix my sights on the One who sees me.[g]