A vital element to any Play is the scenery. But what goes on behind the scenes and what’s leading up to the unfolding events on the stage, are paramount to the success of everything that the Playwright 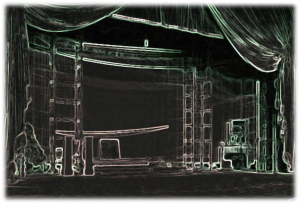 (and his Director) are trying to achieve. There’s nothing worse than putting in all the effort to a Play in your own mind, only to have the actors spoil your show! Everyone, from the backstage boys to the lighting engineers, have to trust the Playwright’s judgment and obey the Director without question – especially as the scene is unfolding.

Today’s chapter is about moving players out, in order to move players in. The Creator God is planning his next Act in HIStory, and the stage is being set. So, while the Books of Ezra and Nehemiah (in my previous Breadcrumbs), cover the stories of exiles who managed to return to Israel, the Book of Esther is a story about those who remained in exile.

This is almost certainly because Father God was fulfilling His greatest promise to Abraham.[a] For the first time in HIStory, God’s people were now dispersed across 127 countries (Persian Provinces) from India to the Upper Nile. [v1] And today’s chapter marked the start of the link between the Creator God>>one family/nation in Israel’s story>>humanity and the Maker’s Global Plan for those He made in His own image.

For the first time in the history of this family, Ephraim (the son who had the right-hand of Jacob on him, and who therefore received ‘the right hand of blessing’ from Abraham), was in a position of becoming a table (or multitude) of nations in his own right.[b]

Although Ephraim will be shot at, while spreading out to become a table of nations as a fruitful vine, his bow will remain steady, his strong arms will stay limber, because of the hand of the Mighty One of Jacob, because of the Shepherd, the Rock of Israel, because of his father’s God, 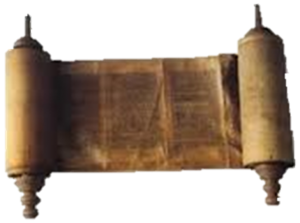 The Book of Esther is, therefore, hugely important for us today. It’s about God’s miraculous protection over the scattered ‘seed’ of Abraham. So, after reading today’s chapter, I had three thoughts:

With this in mind, Vashti could have been her husband’s crowning glory. Instead she shrank back away from who she was created to be, and positioned to be. [v12] We don’t know her reasons. Could she not leave her guests without a host? Did she have her period and couldn’t come into a room full of men? Or, was she feeling like a toy on display, and took action based on that negative feeling? Whatever the reason, the results were dire and the consequences permanent. [v16-22]

With the stage now set, the real story kicks in…

So when thinking about the stage planning today, and all the things in my life that confuse, hurt, or even anger me (in the wings, backstage, and what’s hanging over my head), I need to trust that there’s always a bigger picture out there on the open stage. C.S. Lewis (a well-known British writer from the 20th Century) once said that we, in the West, emphasize or focus on the secondary, at the expense of the primary. But in doing that, we lose both. While emphasizing, or focusing on, the rule book for right and wrong, for example, we lose the fact that, in Abraham’s Day, faith in the Great Playwright was the only key to righteousness.[j]

If so, then, until a scene is played out in full and I’ve come and gone from the stage, I need to trust in my Maker’s plan. I need to accept my position in Him, and submit daily to the Director’s purposes over my life. With that said, I wonder what actions I’m taking today, and what I’m missing out on, by trying to plan my own stage scenes…

Based on negative feelings, or a wrong understanding of who I am in Him, am I risking my part in HIStory, and what He’s hoping to do through me?