I don’t know about you, but I hate feeling like I’m the only one to be continually held in check. I look at others who seem to get a free reign with their action, words, and ideas.

But when I suggest something, or have a particular slant to my point of view, instead of hearing: “Now that’s an interesting idea, I see where you’re coming from, and have you thought of this…” my thoughts seem to be viewed as partial, unfair, prejudiced, biased, or imbalanced. In other words, I’m open to anyone to take a shot at. I especially turn crimson when I’ve been on a project for some time and someone asks me what I’m doing and who gave me authority to do it!

We pick up today’s chapter in just that scenario. It took place about 536BC when the remnant population of Israel were “the under-dogs”, living in a ruined country that was forcefully governed by the Persian Empire. To understand how these people must have felt, it’s worth knowing that at one time – in King Solomon’s Day, for example – people came from all nations to listen to Solomon’s wisdom, sent by all the kings of the world, who had heard of his wisdom.[a] In Solomon’s day, silver was considered cheap on the street of Jerusalem.[b] Now they’re digging about in the rubble trying to rebuild the Creator God’s Temple!

The prophets Haggai and Zechariah [v1] have their own books. So, to understand this scene in this ancient play, you may benefit from knowing the players. To see things from their point of view, it’s worth reading their books. Zerubbabel was grandson to the last king of Israel.[c] And the name of Joshua, the priest, means: Jehovah is Salvation. [v2] The original Joshua in the Creator God’s epic storyline, was Mosses’ assistant. He led Israel into this country in the first place.[d] 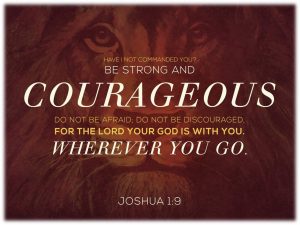 So, it’s as if the Great Playwright is drawing together ancient puzzle pieces that will encourage His down-trodden people, so that they’ll be strong and courageous – just as they were in Joshua’s day.[e] And it was these ‘elders of the community’ who rolled up their sleeves and started digging. But they now had a problem:

Cyrus, King of Persia, who had given the original order to rebuild the Temple of the Great God [v8] – The Lord of Heaven[f] – was dead, and these guys, in today’s chapter, had already experienced continual opposition through the reigns of Xerxes and Artaxerxes in yesterday’s Breadcrumb.[g] It’s only in the reign of Darius, King of Persia, that work begins again – just as the official decree from Cyrus had ordered.[h]

Now, yet again, you may be wondering why on earth you should waste precious time in your day bothering with this ancient storyline. The answer is found in what happens next…

In a multi-cultural, multi-faith society, no-one’s allowed special privileges. Like a form of communism (that attacked the original aristocracy) this is religious communism.

It takes down the original religion to make everyone’s idea of faith equal. Strong opposition came so that no one group could be seen to be allowed preference ahead of another. Even though this religion was the original faith system of the country – the remains of the Temple was clearly seen – history itself had no privilege in progress.

And yet here’s the thing: “…the eye of their God was watching over the elders… and they were not stopped…” [v5]

So, when I understand that my plight is not isolated (my life with its good days and bad months, is not lived out in independence of everything around me), but instead my story is part of a massive tapestry in the Master Weaver’s Plan, I take courage. The beauty in this sort of encouragement lies in the existence and involvement of the Creator God in turbulent times. I see that He sees every detail, both good and bad, and (since He’s transcendent) all things at all times are under His ultimate control. He’s the Maker of the matter that matters to me.

“And we know that in (the synergy  of) all  things, God works for the good of those who love Him, who have been called according to His purpose.” [Romans 8:28]

From v6 to the end of today’s chapter is a historical document. What you now hold in your hands is real history – real kings, real governors, real letters, about real events.

Documents from the Persian Empire have been found and archaeologists place great weight on their authenticity. But unlike other ancient documents, locked away in libraries and museums, the Creator God has made HIStory (in minute detail) freely available in every language on earth! So why not read v6-17 again if you have time, so that the full understanding of what you’re holding – 25 centuries after it was penned – rests over your mind. This is a modern-day miracle that is unlike anything you’ll ever experience!

So what catches my eye, in today’s chapter, is the fact that these “progressive unbelievers” actually call the Creator God – the Great God. They oppose the building of a Temple for Him and therefore hinder any worship of Him. At the same time, though, they call Him: The Great God! [v8] If He’s so “great”, why are they disrespecting Him so publicly by getting government backing to hinder any advancement in His direction, then opposing anyone who want to promote Him in any way?

Almost like the school “smarty pants” – who run to the Head Teacher, telling on the other children – these men want to know who gave them authority, then they took down names. [v9-10] 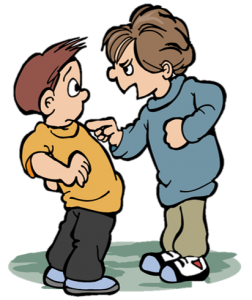 But the answer interests me greatly. Instead of rising to the challenge by quoting their credentials with King Cyrus (the Empire’s founding hero who overthrew the infamous Babylonians), they pointed themselves back to their Maker and His instructions over their lives. [v11] They then totally humbled themselves by (unnecessarily) revealing how they’d screwed up in history. [v12] Finally, they get to their earthly authority for the current project. [v13-16]

There’s a saying, “Don’t fight fire with fire”. This is as much to say, don’t come at a situation with the same force or the same constituents. Use another method. But our Maker doesn’t want His children fighting at all![i] Whether negative words have been spoken over me, or whether I’m found (as these people were) in a seemingly impossible situation under great opposition over what is fundamental to my core being, from the earliest days, the battle has always belonged to the Lord![j]

The beauty in the encouragement upon which they were standing, wasn’t in their own qualification. Instead they gained bold encouragement from their Maker – the King of Kings and Lord of Lords[k] – who had previously called them His treasured possession[l] and who was now watching over them. The beautiful part of this sort of encouragement is that I can come to my Heavenly Father in any circumstance because He’s always been the God who sees me.[m]

“For I know the plans I have for you, declares the Lord, plans for welfare and not for evil, to give you a future and a hope.” [Jeremiah 29:11]

[d] See the Book of Joshua