Our greatest crisis yet faced – a greater one may not be survived – came when the Creator and Sustainor of LIFE, stopped sustaining our son. With no medical answers for our questions, we may never know “Why?”

When a bomb goes off – metaphorically speaking – things will often deteriorate before the smoke clears enough to see a way forward. It’s in the “shock and scramble” period, when the greatest chaos rages, that the most calm is needed. The ability to draw on ones “calm reserves”, in order to get through the immediate aftermath, depends heavily on what’s been stored up in previous years.

Sitting at lunch with the Founder of our International Charity, he commented on the peace we had so soon after losing Mike. But we saw our Founder’s kind, 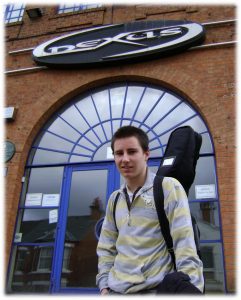 and very unexpected, lunch invite as “divine intervention”, for such a poignant day. It was Saturday, September 19th in 2009 – the day that we were supposed to be driving our Mikey down to begin his first year in Music school. After working a year at McDonald’s in order to put himself through music school, Mike had set his sights on a full-time future in Gospel music. So, knowing how emotional we’d be on such a heart-breaking day, it was as if Father God sent along “our top man” to take our minds off our wounds.

But to draw such conclusions, gaining strength and peace as the storm raged around us, isn’t natural. It may come from some personality types but, most often, it’s drawn from a reserve. This is built up over time through experience, natural processing style, and past behaviour. In past crises, were we likely to look for the good in the mess? Did we process events negatively or positively, egocentrically or in a God-centred way? 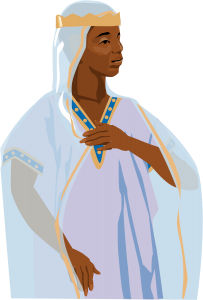 In today’s chapter, two slaves (one skiving off work to translate and the other, a wanted felon) showed up in the throne room of the greatest king on earth and they came with an impossible ask. [v1] The only equivalent we have for this story today is a scenario that would see the entire Dalit population in India wanting to leave India! For one thing, giving the majority slave population time off (even for a couple of days) would bring the country to a standstill. Moses was asking for a 3-day journey one way (that’s six days for a return journey) in addition to the days of the “festival”. [v3] Two weeks without slaves would cripple the country!

Pharaoh’s response, therefore, shouldn’t have been at all unexpected. [v2-5] Divine intervention in human history, isn’t found in the normal. Unbelievably, divine intervention is supernaturally accomplished in the impossible. So, if we’re not willing to “sign up to” or “buy into” the type of Faith which draws from reserves that seem only needed in crisis, we’ve misunderstood our relationship with our Maker.

The problem for us is in the time it takes for the Creator to intervene. Then, when He does, it seems to make things worse! [v6-9] It’s often a fallacy when people come to Faith in the Creator and His Word, that their life will be rosy. Managing a Crisis will often mean blood, sweat and tears just to restore order long enough to make it possible to see a way forward.

Another fallacy is that everyone will like you when you’re following the Creator’s lead. [v19-21] It’s more likely than not that, following your Maker’s lead (by listening to His Word and following what He’s telling you to do), can risk relationships. The Creator is often at odds with those He made to be like Him. Joining His team, is likely to put you on the wrong side of humans too!

It’s clear from the response of the Hebrew foremen [v21] that they weren’t suited to crisis management. With no “calm reserves” at the start of the crisis, the project workers (the little people caught in the worst of it at the mercy of their leaders) were unable to see the longevity required for the storm ahead.

But Father God is in the business of making something out of nothing. In fact, I would suggest that as soon as you read: “In the beginning God created the heavens and the earth…”[a] you should have put HIStory down. It’s utterly impossible for us to create everything from nothing i.e. “…what is seen was not made out of what was visible…”[b] There must have been nothing visible in the beginning, where time equalled zero, in order to say that the Creator then created everything we see from it. But if it’s true, then anything is possible with our God.[c]

Created complex and intelligent (as our Maker is), it’s ok to be like Moses and ask “Why?” with honestly-doubtful questions. [v22-23] But just as it is in any crisis – whether in the workplace or in the home – I have three choices: to quit, to fight or to trust. This also is true of my rocky-road, storm-filled, spiritual journey through this life from start to finish.

My experience, during 4+ decades, has proven that quitting, or fighting with my Maker, aren’t constructive options. As hard as it’s been – and most especially when we had to hand over our son, our only son whom we loved, in him we were well pleased. [d]  And yet by allowing God Most High to steer my course, only good has come from Him crisis managing my white-water raft ride through this Adventure of Faith.