To get through 365 “breadcrumbs” in one year, I’ve had to skip over a couple of chapters in this epic storyline between yesterday and today. Since the original script didn’t have chapter breaks, the portion of this story isn’t really complete without adding four verses of chapter 46. So, in the time between yesterday and today, Joseph has kept his identity from the brothers who had once sold him into slavery. He’s been testing their integrity in a couple of ways, before he reveals who he really is.

There’s several reasons for Joseph’s seemingly erratic behavior. First, he was mercilessly sold into slavery by his own brothers.[a]  If they could do such a thing, imagine what the Egyptians could do at any time of the day or night. His life (though apparently privileged) is nothing more than indentured servitude in an unpredictable minefield. Joseph wants reconciliation with his father and his blood brother, Benjamin, but he must tread extremely carefully.

Secondly, Benjamin was a young boy when Joseph was first sold. Of all the brothers in the group, Benjamin wouldn’t know the truth about Joseph. If Benjamin found out now that his brother was alive, the other brothers may mercilessly dispose of him before they got back to their father.

Then there was Pharaoh: until now, there’s no indication if Pharaoh knew that Joseph was a “detestable Hebrew”.[b] It was easy for Pharaoh to lop the head off his chief baker (or “impale him” – depending on the translation), simply for offending him.[c] How much more is Joseph’s life continually in danger every day from pure-blooded Egyptians who’d be wanting Joseph’s position.

But more than all of this, Joseph had an eternal perspective…

Rather than thinking that he’d “landed on his feet” because of “a lucky break” that gained him an unbelievable position with Pharaoh; or that he must have been good in his last life to warrant such great karma in this life; as soon as he laid eyes on his brothers, he remembered his childhood dream.[d]  Joseph caught sight of “a bigger picture”, handed down from Abraham, his great-grandfather.[e] By clinging onto this, it seemed to help him survive the roller-coaster ride through the last six chapters!

On a cold January day, I enjoy being curled up under a blanket by the fire and reading a good book. The Book of Genesis is not just a great read on a cold day; it’s one part of the greatest story ever told. More than just a novel for us to enjoy, it shows that the Creator God is weaving a complex tapestry through HIStory, and He’s true to His word – even if it takes four generations for the beginnings of it to begin taking shape. In a covenant with Abraham decades earlier, Father God reveals in broad brush strokes, what will happen to Abraham’s family after he dies. Whatever the prophecy, it involves a long time and puzzle pieces that aren’t just about an individual, or a family, but it’s wide enough and complex enough to involve surrounding nations.

So, as soon as Joseph saw that Judah was prepared to trade his own life for the life of Benjamin[f], he was free to be himself. [v1-2] Embracing his brothers in an abnormal show of extraordinary forgiveness, Joseph immediately explains to them this eternal perspective. [v4-8] This focus on “the bigger picture” that had been handed down through the family to this fourth generation, is proven by Joseph’s reference to being saved “as a great band of survivors”.[g] 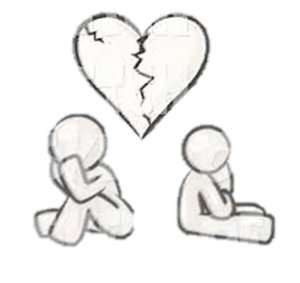 When I stop to think about Joseph’s story so far, I wonder where the power comes from, that enables someone to forgive so unconditionally. Human nature tends to put up protective walls: “I’ll forgive, but I’ll make sure they don’t do it to me ever again!” But looking at my own experiences in life, I’ve found that having an eternal perspective about the Creator’s bigger picture, enables me to restore broken relationships.

If I want to focus on the bigger picture, I’ll notice that there’s bigger things at stake than my seemingly petty relationship issues in comparison. Trusting my Maker and what He’s up to, trusting His words to me as I read HIStory, seems to soften the blows from what others may do to me – just as it did for Joseph. [v9-15]

By God’s Grace, Pharaoh responded favourably to the news of Joseph’s brothers and gave them gifts and assistance to return to Canaan. [v16-20] This is most certainly because of Joseph’s good testimony. How many students have entered class rooms over the years and have been received favourably (or received badly by the teacher) simply because of the behaviour of an older sibling. How many people have gained employment based of the faithful work of a relative in the company.

As I sit writing this to you today, Donald Trump has been sworn in as President of the United States. 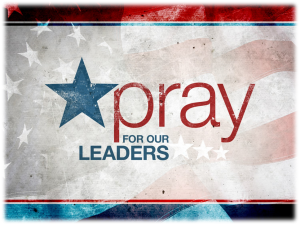 But I can’t help but wonder about Hilary Clinton who seemed to lose her place because of the negative testimony of her behaviour, and that of her family. While Joseph was fighting for his life (ensure that no-one had anything against him), it’s worth taking a moment this morning to remember that a good personal life will reflect favourably on those attached to us. Pharaoh accepted Joseph’s family because Joseph had proven himself acceptable.

When Joseph’s brothers left Egypt that morning, it was in great joy. [v21-28]  It’s as if this scene in the play is a precursor to the day when the nation left Egypt some 430 years later, filled with great hope and arms full of gifts.[h] If a prophetic moment – whether a personal promise for Joseph in answer to years of prayer, or foreshadowing an event for a nation – then it wasn’t a time for arguing along the way! [v24]

However, it seems to me that Joseph’s story isn’t at all complete until you include what Jacob did in the first verses of Chapter 46. Upon hearing the good news that, after 22 years of being missing, Joseph was, in fact, alive! As fantastic as that could be for any parent, he was then told the utterly astounding fact that Joseph was ruler of all Egypt! But Jacob had previously dedicated himself to seeing life from a supernatural perspective.

to acknowledge what El-Shaddai (God Almighty) had clearly told him in the past.[i]  You see, Beersheba was the border[j], and the family blessing (that was handed down from Abraham to Isaac and then to Jacob) was closely tied up in this geographical location.[k] So taking another step, over the border, could have meant stepping out of the will of God.

With his focus on the “bigger picture”, which sat higher in ranking even then seeing his long-lost son, Jacob halted at the doorway of his future (and the future of Israel as a nation), to enquire of God. [46:1] In response, Father God graciously answered. [v2-3] So, Joseph was right. These events (as wonderful, and as horrible as the story unfolds) have indeed happened because of the Creator God’s ultimate plan.

Had Jacob rushed down to Egypt, he would have seen his personal dream come true. [v4b] But by stopping to acknowledge the Great Playwright, Jacob received confirmation of a long-running promise – to his grandfather and father before him. Having a supernatural perspective, opens the door to confirmation, which in turn strengthens our trust in the One who’s writing our story…