It amazes me that many people across the globe, who claim fervently that the Creator God exists, will then fervently argue that He’s limited. Put another way, they’d agree that every part of Him is infinite – not limited or “unable” in any way. And yet, on the other hand, they’ll put limits on His words. For example, the first sentence in today’s chapter, is addressed to “Israel”. So the assumption is that the rest of His instructions can, therefore, be written off as not relevant to us today.

But here’s the thing: He’s miraculously preserved HIStory for us to read today. Therefore, if these decrees are declared in our hearing today (just as the rest of that sentence says)

then whenever they’re read, or declared, we must learn from them and follow them. Moreover, if we exchange the word “Israel” for Followers of the Creator God, or Children of the Creator God, or God’s Family, then this chapter is addressed to anyone who claims a connection, or who wants to be one of His followers/part of His family.

This is extremely important to note, because many people around the world say that they believe in the Creator God, but they haven’t read His words from cover to cover. They seem to pick out bits in His Handbook handed down to us, and shelve other bits – just as if we’re children who prefer to eat the meat on our plates but not the vegetables!

If the Creator God, who has called Himself “I AM” (which is as much to say: “I AM presently unlimited in any age at any time), is indeed eternal, then His word is also eternal. It’s presently not limited. So the next two sentences, in today’s chapter, are relevant for anyone reading my Breadcrumbs today: “The Lord our God made a covenant with us – who are alive here today”. [v2-3]

If this “covenant” (His contract with His followers) isn’t limited, then we could say it’s a covenant with humanity and administered in HIStory – this epic drama played out before the world – through Israel. It’s something that’s now declared in our hearing today, for us to learn from then follow.

When reading this chapter, I noticed that the original followers of the Creator God seem to have both needed and accepted, a go-between from the very outset. [v5] This is another important puzzle piece that alludes to a sort of prehistoric understanding that no-one could look upon the face of the Creator God and live[a] – and yet…

“Today we have seen that a person can live even if God speaks with them.” [v24]

The second thing I noticed was that it was because of us, and not God, that a go-between was necessary. The people were afraid of two things: God’s Fire, and His Presence. And so again, another gemstone is woven into the fabric of the storyline…

The Creator is indeed a consuming fire[b], and we don’t want to face the idea of everlasting burning.[c] It seems that our preference to avoid our Maker is not because of His words, His commands, or HIStory, but because we’re scared of dying. [v25] It’s the issue of death that stops us from listening to His voice…

“…why should we die? God’s great fire will consume us, and we’ll die if we hear His voice any longer. For what mortal has ever heard the voice of the living God speaking out of fire, as we have, and survived? Therefore, go near and listen to all that the Lord our God says. Then tell us whatever the Lord tells you. We’ll listen to you and obey.” [v25-27]

This refusal to not “go up His mountain” [v5], makes it necessary from the outset for a go-between. But the problem with Moses being the go-between is that, once he died, they’d lose their connection with their Maker.

HIStory shows that several people stood in as a go-between, but most especially the High Priest who approached the Creator on behalf of the people. Again however, this wasn’t a perfect go-between. Once corruption set in and the Jews lost their temple, the sacrificial system, and the priesthood, their connection would then be lost. And, even if they did have a temple today, one high priest surely couldn’t intercede for an entire world – especially if more people (other than Jews) wanted to follow the Creator God.[d]

This problem of a perfect go-between still stands true today. Moses is dead, and his system for having a working relationship, between humanity and their Maker, has broken down. But my Mark has a motto for his work department: Providing solutions before you knew you needed them. So, I think that the Creator God’s answer for a perfect and eternal go-between has already been woven between the lines…

Today’s chapter recaps the well-known Ten Commandments. But if you’re not so familiar with them, I talked a bit about them on February 11th: Rules, or Total Freedom. In short, the ten rules can be split into two parts. Four rules will help us in our relationship with our Maker, and six for maintaining good relationships with those He made in His own image. To make it easy, Jesus nailed it down to two:

But there’s something special, hidden again today within this storyline. The old saying: Familiarity breeds contempt, is true of a chapter like this. If we’re familiar with The Ten Commandments, we tend to skip reading them slowly enough to find hidden treasure. So, today I want to pick up on the 3rd rule…

“You shall not misuse the Name of the Lord your God, for the Lord will not hold anyone guiltless who misuses His Name.” [v11]

A familiar rule perhaps. And people do all sorts to avoid breaking it. Some will not use the word “god” even though this is not a distinct “name” but, instead, a status or title – in the same way that we may use CEO today. For example: “I Am your CEO – your Chief Executive Officer in this Life – do not serve any other CEOs besides me.” The word “God” a word that’s also used for other “gods”. To avoid risking offending the Creator God, some people will even write “G*d”, rather then use the word “god”.

But I want to suggest to you that, in focusing on the letters, we may have missed a seriously important cornerstone block in our understanding of who we’re following. I wonder if we’ve missed seeing that “His Name” is wrapped up in (or embodied) in a person…

“Pay attention to him and listen to what he says. Do not rebel against him; he will not forgive your rebellion, since my Name is IN him.” [Exodus 23:21]

The Creator has done something extraordinary, by embedding His own Name inside someone else. This is different to someone coming in the name of someone else, and it’s also different to someone wearing external authority, like a signet ring. Wherever “His Name” is mentioned in this epic storyline, we now need to see the person who embodies the Name of God – the One who’s carrying “The Name” inside (within) Himself.

Now look at the 3rd commandment again: “You shall not misuse the Name of the Lord your God”. Don’t mistreat the person of “My Name” because He carries my Name inside Him. Since the person and the Name can’t now be separated (it’s like a person with a computer chip inside them ie. the person is the Name), then “…the Lord will not hold anyone guiltless who misuses His Name…” That is, anyone who speaks tactlessly or derogatorily about “His Name” such as swearing by His Name.

It’s a strange rule because the Creator has many names. El Shaddai was His name in the Book of Genesis. He’s called YHWH in Hebrew or “I AM” in the Book of Exodus.[f] As HIStory continues, He’s given many more Hebrew names describing who He is. But if the word “God” can relate to any god known to humankind, and if we don’t speak Hebrew, then we’re off the hook! This is one rule that the whole planet is obeying.

If, however, the Creator God’s Name has been planted inside a person, then we may all be in trouble – if we don’t show proper respect to that person. By misusing, misrepresenting the person in our speech, our Maker will not hold us guiltless. [v11] The question is: Who is He?

In addition to The Name, in today’s chapter, I want to highlight all references to the mention of His Voice [v23-27], because this voice is also coming from this same person – whoever He is…

“Behold, I Am going to send an angel before you to guard you along the way and to bring you into the place which I have prepared. Be on your guard before him and obey his voice; do not be rebellious toward him, for he will not pardon your transgression, since My Name is in him. But if you truly obey his voice and do all that I say, then I will…” [Exodus 23:20-23]

It seems clear to me that to “obey his voice” is equal to “doing all that I say”. The voice of this person was synonymous with the Word of God. That voice that the Creator God solemnly told them to listen to and obey, was coming out of the fire because He (this person) was in the fire, the cloud and the deep darkness. [v22] So now we have Moses as a go-between, between the people and the voice. The voice is then a person who is standing between Moses, the nation, and their Maker. 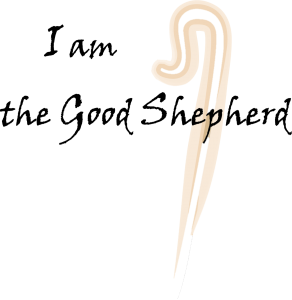 If it isn’t serious enough that this person, who carries the Name of God within Him, and who’s voice is the Word of God (speaking what the Creator God wants His people to obey), He’s also been given two-fold authority. He’s been commissioned to lead the Creator God’s people into the place where Father God has prepared for them to go. And, He’s been given authority not to forgive rebellion.

It’s this person that spent time with Moses, and spoke all the commands that we have in our hands today. [v31] He’s the one who said, “Oh, that their hearts would be inclined to fear me and keep all my commands always, so that it might go well with them and their children forever!” [v30] But why should all this about the existence of a perfect go-between be of any interest at all for us today?

Well, it’s been recorded, and kept, so that in walking in obedience to all that the Lord your God has commanded you, you may LIVE, and prosper, and prolong your days. [v33]