Sitting one day with one of our son’s closest friends, He told us that he doesn’t get on well at all with the Old Testament. This is a common thing and not surprising, after reading a chapter like today’s chapter! At first glance, the Creator comes across as a destructive God and why would anyone want to trust a God who’s described as a consuming fire?[a] 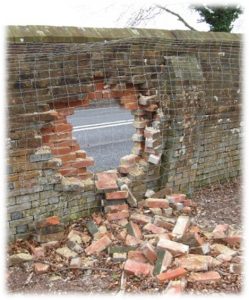 Nevertheless, I’m utterly convinced beyond any doubt that unless I put all the bricks in my wall of faith, the final construction will only be half the picture; unstable; and a misrepresentation of who I’m following. As difficult as it has been, I came to the conclusion in both my books – Breadcrumbs in the Storm and Mysterious? – that I needed to know my Maker for who He really is, and not who I think He should be.

So, gritting my teeth, I tackle a chapter like today’s, which shows me the destructive power of the Almighty God that is within inches of consuming even His own people! With all this going on, on the stage set before me, I sit in the safety of the audience rows and begin to unpack the question: “Why?”

Like a Shakespearean Play, you’ll encounter many places in this ancient storyline that won’t make sense. But if you’ll stay with me on this journey of discovery, following the breadcrumbs together, you’ll come to find that every chapter is relevant for us today. So the first thing I notice is that there’s a lot of “toing and froing” going on. [v3,7,8,10,14,20,21,24&25] Why bother to include such level of detail which only risks boredom?

The answer is that Moses is the first intermediary in HIStory who stands between humans and their Maker – the go-between. It’s now essential for us to know that at the very start of the journey – on the very day when they arrived at the foot of God’s presence [v1] –  the Jews knew that they needed someone to intercede for them – a Great High Priest and go-between.[b] This is an extremely important gemstone found along our path and it should be pocketed away for later.[c]

Another bit of information that may be worth noting, is that the mountain in today’s chapter is likely to be Horeb (in modern-day Saudi Arabia), not what we now call Mount Sinai.[d] This is trivia at the minute, but it may be worth us filing it away at the back of our minds – as a check for our behaviour, when placing too much importance on venerating locations.

I noticed this when I visited Jerusalem most especially. Watching people light candles (crying over and kissing special sites) or paying thousands on pilgrimages to certain locations, made me wonder if we’ll get to heaven and be told that we’d been venerating the wrong place!! Special sites, mountains, or buildings are nothing in light of our Maker Himself. And the idea within HIStory that shows our Creator God able and willing to speak directly with humans who are willing to listen to Him.

So, what’s He saying?

“You yourselves have seen what I did to Egypt, and how I carried you on eagles’ wings and brought you to Myself. Now… IF you obey me fully and keep my covenant, THEN …out of all nations… you will be My treasured possession. Although the whole earth is Mine, you will be for Me a kingdom of priests and a holy nation.” [v4-6]

If you close up HIStory right here and never managed another page, this is pretty much all you need to know about what’s in the heart of Creator God for the people that be created in His own image. 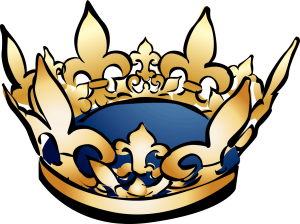 If we could spend a decade unpacking the incredible phrases – such as “carried on eagles’ wings”; “My treasured possession”; “a kingdom of priests”; “a holy nation” – we’re likely to still have only a fraction of understanding of our Maker’s abundant love, hope and desires – as any good father has for the children he loves beyond measure.

The next thing I noticed in today’s chapter, is the almost frivolous response from the people to obey anything God says. [v8] In light of what we’ve read in my last two breadcrumbs, Moses and Aaron had already experienced a nasty time – like trying to herd cats – and it was far from obedient and compliant.[e] It made me realise that making commitments to my Maker such as: “…Please God, if you get me out of this fix, I promise, I’ll do anything you want…”, isn’t very sensible.

In His Parable of the Two Sons, Jesus told a story about a father who asked one son to do something but his son refused. However, after thinking about it, that son felt sorry and decided to do as his father asked. The second son, when asked, immediately said “Yes” but then went away and didn’t do it. Then Jesus asked his Jewish listeners: “Which of the two did the will of the father?”[f]

It’s easy for us to say “Yes” to our Maker when we’re worried about what’s in front of us, or shaking the ground under our feet. It’s quite another thing to be true to our word! But from the beginning, Father God knew that we’re likely to need a second person (someone tangible that we can relate to) in the scenario, in order for His Long-term Plan to work.

So, the Creator God did something incredibly interesting. He shared His platform with another – just for the journey. Elevating Moses to supreme authority, He allowed the people to always put their trust in him. [v9] This idea of putting our trust in someone, other than God, is now added to what I said earlier about the existence of an intermediary and go-between. This should be filed away as this epic storyline progresses to its conclusion.

With all that said, the storyline is always about revealing who our Maker is to us, and our appropriate response to Him. So what’s more than noticeable for me in today’s chapter, is the Creator God Himself – the Lord God Almighty. For the first time, His people saw (if not still veiled) the One that they’d so frivolously committed to fully obey. But while the destructive power of the Creator God isn’t limited or selective, His infinite power – the sort of power that would make us tremble [v17] –  is held in check with limits. [v12] Failing to obey our Maker, will end in certain death. [v13] This is the line over which we can’t cross – that place where He is God and we are not. But we’ve been given plenty of warning, and plenty of time to prepare, before we meet our Maker. [v10-11] 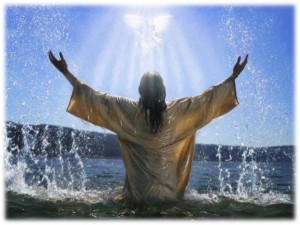 The way we can “consecrate” ourselves before the Lord, is by washing our clothes[g] and stopping certain behaviour. [v14-15] This is what is still happening today for anyone who wants to come close to their Creator God. We’ll get baptised, and we’ll change our lifestyle – which often starts with our sexual behaviour. Getting baptised and attending worship meetings is only the start. It seems that we come unstuck when “discipleship” (being a follower/learner) encroaches on our sex life!

The rest of today’s chapter includes billows of smoke, thunder, lightning, a thick cloud, fire, an earthquake, and a very loud trumpet that grew louder and louder.  It’s all the stuff of a Hollywood film, rather than anything we’d expect of see in modern times. But here’s the thing, Moses knew that the strength of God’s GRACE was stronger than His wrath…

“Now may the Lord’s strength be displayed,  just as You [Yourself] have declared: ‘The LORD, the LORD, the compassionate and gracious God, slow to anger, abounding in love and faithfulness, forgiving sin and rebellion…’ [Exodus 34:6]

It’s stronger than His wrath because His GRACE holds back his all-consuming fire. “The Lord is longsuffering and abundant in mercy, forgiving iniquity and transgression…” “…yet He will not let the guilty go unpunished…”[h] So, now there’s two sides to the coin: the fire of Righteous Justice, and the water of Mercy; the wrath of due punishment, and a blanket of grace. Our Maker’s an all-consuming fire who’s clothed in an asbestos blanket for our sake – the children He made in His own image – and for the sake of the whole universe that He made. Therefore, Moses could confidently pray:

“In accordance with your great love (i.e. put up that invisible force field of mercy, that I know you have), forgive the sin of these people, just as you have pardoned them from the time they left Egypt until now.” [Numbers 14:19]

Lord, as I sit here today with all this set before me, I’m staggered at the infinite capability of Your grace, mercy and patience, which is all what’s standing between me and your explosive Canis-Majoris “lake of fire”.[i] Far from a “destructive god”, Your steadfast love has been strong enough all these years, to hold back the power of Your judgement.