Compared to my visits to the USA, where the rich/poor divide is easily seen in most cities, living in socialist Europe seems 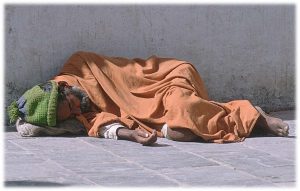 easy for declaring bankruptcy. People with no jobs can get government benefits for food and shelter – especially if this is a government rental. Debt collectors don’t seem to be interested in collecting used furniture, and credit card companies continue to dish out more cards with deals to combine growing debt!

When it becomes impossible to repay, and life becomes a crisis, some people cry out to their Maker for help. In my experience working with CAP UK, people are softened by their distress, and they’re willing for me to pray for them. But once a budget is drawn up, the charity helps them deal with their creditors, and their life returns to order, there’s no real need for God when the storm’s over.

For those who have declared bankruptcy, they’re allowed credit once again in a few short years. So even after declaring bankruptcy, some people really haven’t lost everything – being debt free means they’re better off. Things are tight, but life can go on as before. It’s at this point, when the sun begins to shine again, that their true heart for putting their Maker at the centre of the lives, is revealed. This is the pattern that we see even as far back as Ancient Egypt in today’s chapter, and human nature remains the same today…

Trouble/Storms hit >> In time, we’re brought to our knees >> When desperate for “divine intervention” we finally pray >> Relief comes as a direct result of our Maker’s compassion, to hear and answer our prayers >> Order is restored, the sun shines again over our lives >> We slide back into our “normal” ways without a need for God.

With the 8th and 9th plague about to begin, the Creator God begins to prepare His people for their new future. The starting blocks are

But before the journey begins, it’s important to note that there’s a difference between humbling and humiliating. Our Father requires the appropriate level of humility from us that puts His Lordship ahead of our human nature, or earthly desire for power and control – just as a child would normally respect their father, with final authority in his hands, as head of the home. 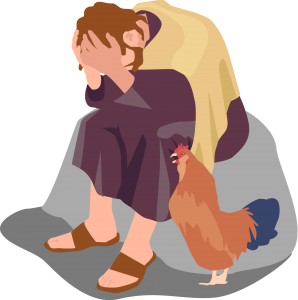 With that said, our Maker isn’t into humiliation. Each time He brought in a storm or pestilence, He told Pharaoh what was coming, when it was coming, why it was happening, and how devastating it’ll be. [v4-6] All what Pharaoh’s Maker wanted from him was to heed the warnings, think reasonably and logically, then choose surrender instead of bankruptcy. While his advisers blamed Moses for their trouble, they called the Creator by His formal name: LORD. [v7]

Out of utter desperation, with virtually nowhere else to turn, and to save himself from further decline, Pharaoh compromises his true position (not really believing in God) then begins to cut a deal with his Maker, based on his own terms and conditions. [v7-10] This of course doesn’t work because the Creator God isn’t a puppet or servant to us. We can’t come to Him on our own terms, with our own ideas of what is acceptable and reasonable. If we want a relationship with our Maker, we need to remember that, from the very beginning of HIStory, He’s not a God of compromise. This isn’t because He’s neurotic or unfeeling. It’s because He’s 100% perfect. From where He sits, He has a bird’s-eye view of the whole of human history. He knows what’s around the corner and if He compromises in one area, there’ll be unforeseen repercussions up ahead.

And so the locusts came, and devoured Pharaoh’s life away until he was brought to his knees. At this point he admitted that he’d “sinned”. [v16] It’s important to note some things here. 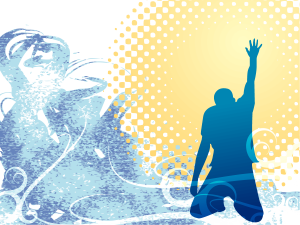 For one thing, Pharaoh is the first person in the Bible to come outright and admit that he’s sinned. This is a word that appears in the storyline, and becomes the “cause of disagreement” that’s separated us from our Maker from the beginning. It’s therefore extremely important to know where the term came from, and its earliest uses, so that we can begin to understand what the term means for us today.

The first person to ever use the word “sin” is the Creator God Himself. He told Cain, Adam’s son in the Book of Genesis that: “…sin is crouching at the door; and its desire is for you, but you must master it”.[a] So it’s outside us and has its own desires – like a roaring lion looking for someone to devour.[b] However, being designed specifically as rulers[c], human beings have the capacity to control it (master it, keep it at bay). 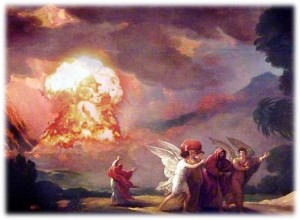 Sodom and Gomorra where the men of Sodom were “exceedingly wicked and sinners against the Lord”.[d] So whatever they were up to, the “sin” must have been bad, because the concept is connected with another new term: “wicked”. History showed that death resulted from allowing sin to take over, and not working to push back sin.

After that, the Creator kept Abimelech (a Philistine ruler) from unwittingly sinning against Sarah, Abraham’s wife[e]; Jacob, Abraham’s grandson, asked his cousin what sin he was being accused of[f]; Joseph, Jacob’s son, refused to sin by sleeping with his master’s wife[g]; and Rueben, Jacob’s oldest son, told his brothers not to sin against Joseph by selling him into slavery.[h]

But Pharaoh, in today’s chapter, is the first recorded person to admit to “sinning” against the Creator God, and openly admitted that God was right and he was wrong.[i] Pharaoh is then the first to connect sinning with forgiveness which, in turn, leads to the removal of death. [v16-17]

The important piece of information, woven into the fabric of the storyline, is that there’s a solution for sin. We can ask for forgiveness so that death, in all its forms (from gradual decay to complete bankruptcy and utter destruction), can be removed from us. In Pharaoh’s case, sin was the cause of a physical decline into eventual destitution. For us today, and without forgiveness, sin leads to spiritual death – the destruction of our relationship with our Maker, the Lord of LIFE. Any permanent separation from Him, as our eternal source of LIFE, can only ever mean “death”.[j] 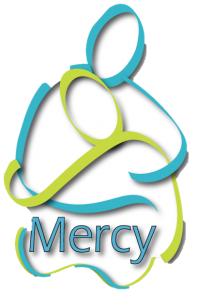 Years before anything was formalized by the Creator God (in terms of a rule book on how to keep sin at bay, and remain in a good relationship with our Maker – just as he wanted for Cain at the beginning of HIStory), Pharaoh had the formula right. When we sin, but can honestly regret our behaviour (understanding clearly our predicament, including our spiritual bankruptcy without God), we can freely ask for forgiveness. In response, our gracious Father God hears our prayer, and is more than ready to turn things swiftly around for us – in the same way that He showed mercy to Pharaoh. [v18-19]

With all that said, the Creator isn’t limited to removing physical destruction around us, just to make us happy – like spoilt children who treat their parents as slaves to provide for all their whims. It’s much more complex than the here and now. HIStory is a global story from the beginning of time to eternity’s end, and it’s all about removing spiritual bankruptcy and ultimate death from us.[k]

In the meantime, and until He brings us home, He’ll make a distinction by giving His people light. [v23] But the journey into His Kingdom can only be successfully traversed, if we understand that the One we’re following was God Almighty, before He fathered humanity and became our Father God. So, from this point on in this Adventure of Faith, two things are sure from today’s chapter: while our 100% righteous Maker won’t compromise for us in His solution for our present state [v24-29], if we find ourselves on a life-path leading to physical and spiritual bankruptcy, we’re only one step away from His GRACE…