REVELATION 15: STANDING ON THE SEASHORE

Yesterday is history, tomorrow’s a mystery, today is a gift  of God, which is why we call it the “present”. [Bil Keane]

As I’ve looked back at the past through this Christmas season, and as I look forward now to the future in this next New Year, there’s something more to today – the gift of the present – than just learning from the past. 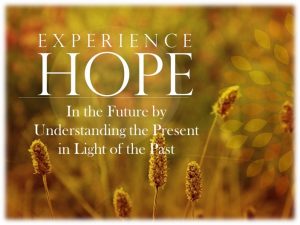 If something happened before, it most certainly can happen again. That being true, we should take warning today if we’re to have HOPE for tomorrow. So, when I read John’s vision of our future – that includes countless people standing by a sea [v2-3] – I can’t help but noticed how it holds a striking resemblance with what happened in the past.

In the past, the Creator God collected for Himself a people group who were displaced and living in a country not their own. After God’s people left their “land of slavery” in the Book of Exodus, and made it safely to the other side of the Red Sea, they stood on the shoreline looking at the judgement that came upon their oppressors.[a] With a barrier now between them and all things horrible in their past, they sang a new song to God. He’d rescued them in the famous story of Moses and the Red Sea, and brought them safely to the shoreline of their new future.[b]

Looking back at that part of the Creator God’s epic storyline, I could sense their feeling of relief and great joy that the

sea was a physical separation between them and their past, forever! At the same time, I also sensed a solemn quiver run through my soul – as they no doubt felt – looking at the judgement that they’d been rescued from. First, they were spared from the plagues that fell upon Egypt when God made a distinction between His people and the Egyptians.[c] Then, Father God saved His people when the entire Egyptian Army were drowned in the sea.[d] But what has any of this to do with people living in the 21st Century? Well, these points become important as we continue to look at John’s Revelation of our future in today’s chapter:

“Then I saw another sign in heaven, great and marvelous, seven angels who had seven plagues, which are the last, because in them the wrath of God is finished.” [v1]

The good news is, they’re the last – in all of eternity – that the Creator will ever display His judgement through! The bad news: they are still ahead of us. So the first question is – why is this God of Love so angry? The chapter seems to show an almost schizophrenic side to the Creator God. One minute there’s a countless number of people singing: “…Great and marvelous are Your works, O Lord God, the Almighty; Righteous and true are Your ways…” [v3], but the rest of the chapter is talking about bowls full of unthinkable plagues. These will be sprinkled out on all the earth, just as they were over the land of Egypt in ancient times.[e] 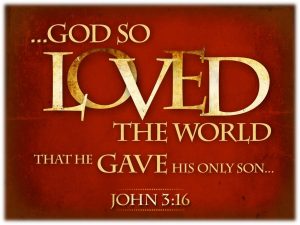 The two faces of God: His Righteousness and His Justice vs. His Grace and His Mercy aren’t in conflict. His incredible grace and love for the world in sending Jesus at Christmas so that whoever believes in Him shall not perish, but have eternal life[f] – is seen in the fact that He’s given us 1960+ years warning, since John wrote down this vision.

The fact that seven angels were given golden bowls to pour out the Creator’s wrath on the earth, tells me that He’s not an uncontrolled violent deity in some sort of temper tantrum. After years of patience with us (hoping we’ll change), and long-suffering endured while He’s watched the appalling (and brutal) ways that we’ve treated His image-bearers, He’s self-controlled to the end – even in the ceremonial way that He’s dishing out His justice and judgements. In addition, we need to remember that the distinction, which Father God has made, separates His people from those who refuse to change their ways, even under great pressure.[g]

“Since you have kept my command to endure patiently, I will also keep you from the hour of trial that is going to come on the whole world to test the inhabitants of the earth.” [Revelation 3:10]

This may not mean that we’ll skip these plagues completely – the Children of Israel stayed in Egypt watching the plagues until all were poured out. But The Good Shepherd will protect His sheep through the storm.[h] Just as the livestock were brought into the barns before the plague of hail hit Egypt, in the story of the Exodus[i], so too Father God will gather in, cover and protect His people when His judgements fall.

Some may wonder if this isn’t a fragment from Greek Mythology. So, for one thing, John sees God’s “sanctuary” filled with smoke from the glory of God and from His power. [v8]  This was something that happened twice in the past with God’s “sanctuary” here on Earth.[j]

Sometimes I read Revelation and think that it’s a matrix and graphical portrayal of human history from beginning to end. 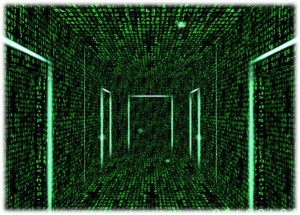 It’s what God could see, from His side, from Genesis to Revelation. After all, the Letters to the Churches in the first chapters of John’s vision, have clearly happened – those churches in Turkey and Asia Minor don’t exist today. If this book is the creative/spiritual version of the whole storyline since The Beginning, rather than a prophecy only about something in our future, then today’s world could be positioned, right now, in one of the last chapters of this book – right at the end of human history and at the start of Eternity!

Although John’s Revelation is a book that’s shrouded in symbolism and mystery, making it difficult to figure out a time or date when these things will begin or unfold, there’s no question that divine judgement is a real part of the Creator God’s story. We may not know every detail of these graphical pictures, or how they may personally affect us, but we can choose simply today which shoreline to stand on. At the end of the day, when everything has taken place just as the Creator God said it would, who’s side am I on and, what am I doing today to prove that choice?

After enjoying such a lovely few days over the Christmas season, I can get nervous when reading today’s chapter, and the following chapters of John’s Revelation, as I look down the road into the unknown. Or, I can thank Father God that He had the grace and mercy to reveal this revelation ahead of time, so that I can prepare for what’s to come. Whatever happens, and whenever it happens, I get one message that comes through clearly throughout this mysterious book: I’ve nothing to fear because He came to earth for us and we are here now for Him…