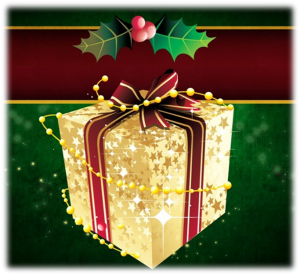 With another Christmas upon us, and another mad rush to the shops as parents go into debt yet again to buy the latest gadgets for the children, my mind seems to settle today on the concept of gifts that don’t last. Two of our children have birthdays immediately after Christmas. So, the idea of another stack of presents so soon after receiving a bunch of gifts, has always seemed “over the top” extravagant.

And yet, at the start of this 66th book, that we’ve covered in my Breadcrumbs this year, “over the top extravagance” has always – and quite noticeably – been Father God’s style in HIStory.[a] In today’s chapter for example, we’ve stumbled across six everlasting Christmas Gifts. Each are given to a group of people dotted about in Asia Minor (what is now modern-day Turkey) during the 1st Century AD. I’ve learnt three things today from the One who holds the seven stars in His right hand, the One who walks among the seven golden lampstands… [v1]

I’ve not done the Tour of the Seven Churches of Revelation in Turkey. I’ve only been to Ephesus and Smyrna. But it’s shocking to think that the lampstands of all seven churches were removed just as Jesus warned! Peering from a bus window at the rippling mirage-covered landscape, we passed surreal sights like a single pillar from the ancient past rising high from the long grass in a field where life once thrived. Having seen such sights with my own eyes, the noticeable phrase in today’s chapter that’s repeated with every group of people written to, is: “But to those who overcome – or, to those who are victorious – I will give…”

Because of this, and His call for me to keep going, keep standing, keep dancing even in dire situations, I enter into this Christmas season thanking my Maker that His Word of HOPE that isn’t fairy tales based on outlandish dreams of a “paradise” soaked with our own greedy desires. There’s a Masterplan quite outside human imaginings that has been preserved and handed down in HIStory. For, “no eye has seen nor ear has not heard, and which have not entered the heart of man, all that God has prepared for those who love Him…” [1Cor.2:9) All of it has been written in the fullness needed over more than fifteen centuries by more than 40 different people. And yet, despite the broad spectrum of testimonies, the evidence put forward is completely consistent, harmonious, coherent and therefore completely believable.