With Christmas less than three days away, and nativity scenes and advent merchandise in every shop, I 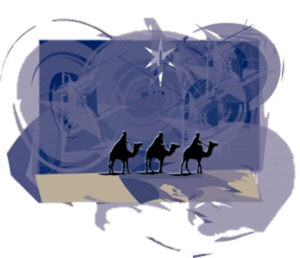 can’t help but notice the difference between John’s vision of Jesus in today’s chapter, compared to that first Christmas heralding the birth of “gentle Jesus meek and mild”. As I type this, darkness has closed in outside but warm candles glow within. And each year, I enjoy my selection of Christmas DVDs along with Christmas snacks by the fire.

But what has John’s vision got to do with today’s images of Christmas?

The answer is simple… The baby grew up. And, just as many of us hope to do, the man reached His full potential – accomplishing His Maker’s plan and purpose for His life.  But unlike any other human being, Jesus then had a “resurrection” and an “ascension” – just as the ancient prophet Daniel predicted 600 years earlier…

“In my vision at night I looked, and there before me was one like a son of man, coming with the clouds of heaven. He approached the Ancient of Days and was led into His presence. He was given authority, glory and sovereign power; all nations and peoples of every language worshiped Him. His dominion is an everlasting dominion that will not pass away, and His kingdom is one that will never be destroyed.” [Daniel 7:13-14]

This same person, appeared to John with a Revelation from the Creator God. It was to show His servants what must soon take place. [v1] So the first thing to mention here is that it’s a certainty that must happen, and that it’ll happen soon. However, you can’t move off the first sentence without beginning this Book of Revelation with an obvious question – “If 2,000 years have already passed us by, then what does “soon” mean?

There’s two things that I’ve noticed about the Creator God: He is both complex and transcendent. The Master Weaver is weaving a 3D tapestry 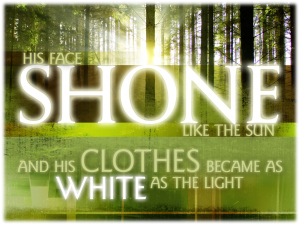 with thousands of treads. But because He transcends time, those threads can connect with events in any generation. HIStory is a tapestry of an incredible complex storyline that has turned out to relate to every generation of every nation of earth.[a] “…For God so loved the whole world that He gave His only son…”[b]

So when you travel with me over the next nine days and beyond the first sentence of this incredible book, you may need to bear in mind that the images described by John could related to a matrix of world history as seen through the Creator’s “spiritual eyes”, rather than a linear prophecy of something that will begin to take place sometime in our future. In other words, it’s as likely as anything that we’re sitting in the last chapters of this Book of Revelation rather than in some sort of in-between state, before the events predicted within it begin to unfold.

But if John wrote it down, how can we be sure it’s something worth worrying about. After all, many people have seen many weird and wonderful things and yet we’re still ticking on, just as life has always been, since the beginning of time.[c] The clue is in the second sentence: God made this Revelation know by sending His Angel. If you haven’t spotted the importance of this, let me explain…

In ancient times, when the Creator God intervened in HIStory to create a people for Himself (at the time when Israel became a nation),

He sent a very important person ahead of them to lead them to the place that He has prepared for His people to go. That person was simply identified as “The Angel of the Lord”. But the description of Him goes beyond any ordinary angel. Besides the fact that He was given authority to forgive (or not to forgive) our rebellion, made Him supreme Judge over humanity. In addition, the authority of His voice is supreme because He carries within Himself God’s Name.[d]

It is this person (who spoke with Moses and guided God’s people to the physical place prepared for them), who is now speaking with John – explaining the road ahead that will lead all God’s people everywhere, to their final destination: the place that the Creator God has prepared in advance for His Global family. So when John says in his second sentence “…the word of God and the testimony of Jesus Christ…” he’s echoing the Creator’s instructions in ancient times: “…listen carefully to what He says and do all that I say…”[e]

So, before we get more than two sentence into this book, it’s clear that it carries supreme authority of things that must soon take place. Blessed are those who read aloud its words and blessed are those who hear it and heed what’s written in it. [v2] But here’s the thing, from this point on you’ll be walking into something like a sci-fi movie set with images of creatures and beasts and battles and plagues like nothing you could believe possible.  So my suggestion is that you just understand that your Maker’s storyline is not over yet.

When it seems that the Creator God has given up on divine interventions after they killed His Son, He’s very much alive, active, and involved in human affairs. No more books were written after John’s Book of Revelation, because everything needing to be said had been written down, then miraculously preserved

for us to read today. It’s clear from the storyline (as far back as prophets like Zechariah), that HIStory is still unfolding. Many prophecies relating to the End Times or the Day of the Lord[f], are still yet to come true. Our job is to “take to heart” the words of this book because the time is near. [v3]

Just as Daniel was unhinged when he saw his vision and the One who was speaking to him[g], you may also become disturbed as we go through these Breadcrumbs through to the end of this year. But before the images begin to unfold, Father God offers His people Grace and Peace. [v4-5] The point of telling us what will soon take place, is so that we’re not caught unawares and not left confused when the worst things start to happen around us. Jesus said:

“I no longer call you servants, because a servant does not know his master’s business. Instead, I have called you friends, for everything that I learned from my Father I have made known to you.” [John 15:15]

With this as his basis, John sets the tone (before he begins describing what he saw) by praising the One who loves us and who has freed us from our sins. [v5-6] It’s clear that John is launching from the starting blocks left behind by Daniel and Zechariah.[h] Yet John brings in a new facet of our multi-faceted Creator – He’s the first and last (He was here at the Beginning[i] and will be here if time ever draws to a close) and, because He transcends time, He’s Almighty – past, present and future. [v8]

But here’s the thing, when He does show up, when He intervenes in human history once again, the nations who aren’t excited to see Him will mourn [v7] in the same way that all of Egypt wept bitterly last time that He used divine intervention to rescue His family.[j] 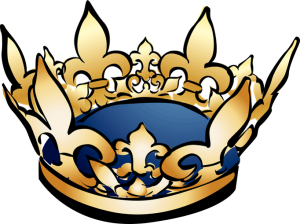 As I enter this Christmas season with all the imagery of a baby in a manger, I need to remember that Jesus grew up. He’s not a baby clothed in humanity anymore, He’s a majestic supernatural being far beyond what I could imagine Him to be. He’s not just a faithful witness – there’s been many of them – He’s the firstborn of the dead (referring to the first to be resurrected from the dead); and the ruler of the kings of the earth. [v5]

Some of my readers may want to stop here and say, “Hang on! Isn’t this going over the top? Surely only the Creator God Himself is ‘ruler of the kings of the earth’.”

John could say such things because of what the Creator God had already promised.[k] But what’s important for me today, is that He made us to be a kingdom of priests for His God and Father. [v6] Everything I have done this year, or will plan to do next year; everything I say and do today and how I’ll conduct myself tomorrow must reflect the concept of my status as a royal priest. There are those who believe in a Creator God but that’s not enough. There’s those who believe that Jesus came at the first Christmas, but that’s not enough. There’s those who live good lives and do good deeds, asked why, that’d say it’s because they’re “christian”, but that’s not enough.

As one year closes and a new year begins, I wonder if I’ve raised the bar high enough. Stepping out of mainstream culture, are my choices, words, and conduct reflecting my status as part of my Creator’s Kingdom of Priests. As a priest, there’s different expectations – a higher set of rules for one’s lifestyle. Is this something I’m willing to commit to this year? If my Maker really is to come [v8] – and that could be soon – will I be found a faithful priest when I see Him face-to-face?

I called this Breadcrumb “The Second Christmas” because at Christmas Immanuel – God With Us – came. When this happens again, it’ll be like the saying : “all our Christmases will come at once” and the dwelling place of God will be permanently with man.[l] But this time, He won’t come as a baby, like the prophet Isaiah once predicted. The risen Lord is scary to behold – as John experienced on the Island of Patmos. [v12-16]

And yet, the first words John hears are “Do not be afraid”. [v17] If Jesus holds the keys to death and Hades [v18], then what is there left to be afraid of? But the thing that I want to remember as

this year closes, is that even after seeing this divine vision, and getting specific messages direct from the mouth of God as it were [v11], none of the seven churches seem to have taken heed. All lost their lampstands and disappeared, expect perhaps for the church at Smyrna – a small body of Believers exists there today. The “perseverance through the tribulation” that John had [v9], seemed to dissipate at an alarming rate soon after. If the seven churches of Asia Minor are an indication, it’s a ratio of 6:7, or 85.7% opt out.

I’ve been to Ephesus and there’s nothing there but excavated ruins. Even the ocean itself has fallen back from this once-thriving Roman port city. But the mystery of the seven stars and the seven golden lampstands is as much about the state of my own heart today, as it was about seven churches in Turkey 1,960 years ago. I want to leave this year with my lampstand alight and ready[m] for when the Creator makes His next extraordinary move in HIStory.