2 John: Running Ahead vs Falling Behind

After our recent “Christmas in the City” Street Party, where Mark and I hosted a “One Wish” marquee (dedicated to addressing the discrepancy between the Christmas message of Joy, Hope and Peace and the opposite reality that many are facing this Christmas), I overheard Mark saying: “Kathy was following God’s lead and I was following Kathy!” 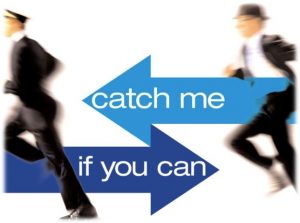 While this was very kind of him to suggest that I could see a “divine plan” for our tent in this event, it’s actually not about humans following humans; or who has managed to tap into some sort of divine revelation in everyday events. What John was concerned about, as he wrote his second letter in the late 1st Century AD, was the widening gap between the original “Gospel” message and those running ahead of Father God, heralding/proclaiming something that wasn’t representing His Word.

I don’t know who John was writing to. In a very unstable world (at a time when Nero was burning Rome and blaming the Christians) it’s possible that this “lady and her children” was code for “the church and its young Believers”.[a]  If John was already exiled on the Island of Patmos[b], and if Mary (Jesus’ mother) was still alive, John would have been very concerned for this particular “chosen lady” because of the commission he’d once received from Jesus, to care for her.[c] So he may have been writing to her. After all, if she received false teachers into her home out of kindness; or greeted them out of elementary goodwill [v10], many would have followed her lead. 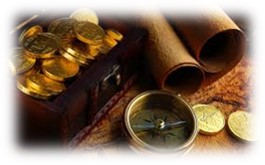 Whoever this letter was written to, its content remains hugely important for us today. John, for example, uses the word “truth” five times in two opening sentences! [v1-4] In a world where the truth of Father God’s message had, in such a short time, been skewed to adapt to tolerance and acceptance, John recalibrates the compass back to the real truth and true love.

“And this is love, that we walk according to His commandments.” [v6a]

No matter what happens in this world, we demonstrate true love to one another [v5] by walking in our Maker’s commandments. [v6] For us today, as it was in John’s day, this often means not walking in the patterns of the culture around us and not walking in the new local “commands” (laws) that are passed – especially when they conflict with our Maker’s handbook commands. What John wrote in this 1st Century letter shows that, to walk away from the Creator God’s commands is to walk away from divine truth and true love. 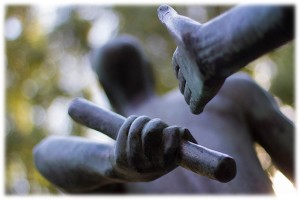 Like everything in this world, even truth and love can decay or be corrupted and infected with a virus. Jesus’ closest friends hadn’t even died yet, and already “many deceivers have gone out into the world”. [v7] This may seem paranoiac but you have to remember that the printing press hadn’t been invented yet. News was spread by word of mouth, so the traveling teacher and these letters were absolutely vital for ensuring that the original message was protected.

The thing with deception is that it’s subtle. We can even deceive ourselves![d] When working in finance, especially working with the American Dollar in South America, we knew that unless you’ve studied the real thing, you’ll find it hard to spot the fake! So John gives us a basic clue. If someone won’t acknowledge that Jesus as the “Christ” (the Jewish Messiah – Saviour) who came from heaven in human form, then – as harsh as it sounds – there’s a word for it: an antichrist. [v7]

This is incredibly serious because, as John pointed out to this lady in his letter, there’s a chance we can lose what we’ve gained – whether that’s gained through our childhood belief or our adult faith that’s now shelved or watered down. We may not receive the full reward that Father God had hoped for us.[v8]  Anyone – even self-professed Believers – who run ahead or go too far, and don’t fall in line behind Jesus’ teaching, can risk their relationship with The Father. But those who “abide” – live within the framework of [e] – the teachings of Christ, as they have been handed down to us, have both the Father and the Son. [v9]

In our current culture of acceptance and tolerance, John’s next words will grate horribly in our ears…

“If anyone comes to you and does not bring this teaching, do not receive him into your house, and do not give him a greeting; for the one who gives him a greeting participates in his evil deeds.” [v10-11]

I think that we’ll only understand these harsh New Testament writers, after we get our head around Father God’s epic saga to this point in history. We had it all, for example, and everything was perfect in the beginning – in The Dreamtime, as Indigenous Australians call it – when we lived in the Garden of Eden.

Then, like a computer virus that’s released at the click of a button, an infection started that has dogged humanity ever since. The Creator’s Storyline is all about restoring us back to where it all began. But if you read the story – especially the Books of Judges and Kings, for example, history has proven that we’ll only be “good” for a generation, then we’ll regress again! John is writing this letter at the end of the first generation (after Jesus) and, yet again, he’s seeing the age-old-patterns creeping in.

To avoid contamination and the spread of decease, doctors will isolate those infected – separating those off who are carriers of any virus that will cause death to those around them. In this same way, John calls for a separation, to avoid contact with those who seem intent on not wanting to be healed of the virus that Father God has called “sin” – those who reject His prognosis and cure.

It is never acceptable to be rude, ungracious and unkind. Jesus said: “Do to others as you would have them do to you.”[f]  Yet all modern Believers are also called to be separate – “called out ones”[g] i.e. to be in the world but not of the world (not a part of its ways).[h]  The only practical way that we can maintain the original message and live by it so as to receive the fullness of what our Maker has prepared for us in His Kingdom, is to stick close to His Word.

Whatever my life includes, whatever my friends say, whatever laws are passed, like any disciple (learner/follower), I need each day and at every intersection, to follow the One I claim to be following. I won’t run ahead, or head off in a different direction. I won’t improvise, or water-down what I’m ashamed of – subverting my faith because of the embarrassing bits. Instead, I’ll focus even more on my Maker’s guidebook, check my compass daily, then fall in behind and bring my life into the wake of the One who’s managed to successfully pass through to Father God ahead of me. [i]