ZEPHANIAH 3: The Best Father in the World!

The Creator God’s Global Plan continues to take shape today. Shelter and restoration is promised for those who have a permanent ‘change of heart’. But just like yesterday’s Breadcrumb, today’s chapter is best understood if you read all three chapters of this small book. I think that the full impact of ‘good news’, at the end of this book, can be lost without first reading the ‘bad news’ at the start.

The words of people like Zephaniah, are recorded so that the reader is fully informed, and not caught unawares when the prediction comes true. The visions of all these ancient prophets are telling those who are willing to listen, that their Maker has an immediate, a mid-term, and a long-range plan for His own creation. This will impact everyone that He created.

Zephaniah’s predictions in Chapter 1:14-17 actually came true in the short term in a horrific way, when Jerusalem fell to the Babylonians. His predictions in today’s chapter [v20] at the end of his book, also came true in the mid-term (70 years later) when a remnant of God’s people returned to Israel, just a Father God promised they would. But you may be wondering what any of this has to do with us today?

Well, in all these prophetic books that have been miraculously preserved for us to read today, there’s a long-range prediction that still hasn’t come true. 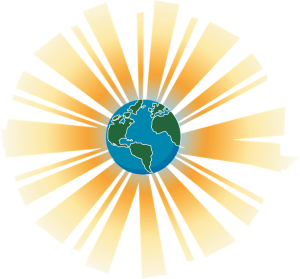 Similar to any ‘sting operation’ (where police have to gather evidence, follow suspects, and plan their moment of execution very carefully – and in exactly the correct way – so that the case won’t back-fire when it’s finally brought to justice), the God who made us is carefully documenting evidence for His case against humanity. While some local nations are mentioned by Zephaniah for the short-term prediction, the Creator’s long-range predictions are clearly global.

So, when He says “I have decided” [v8], it’s in line with other royal decrees of the ancient kings – where “the matter is firmly decided” and will not, and cannot, be revoked. So, for example, what Zephaniah saw in v8, John (a close friend of Jesus) also saw the same vision. He wrote about it in his Book of Revelation 20:7-9. With the clouds of judgement building on the horizon, neither gold nor silver will save anyone from our Maker’s sudden global fire. [1:18]  Nothing has changed in all these centuries, for the matter is firmly decided. But because the Creator’s global plan hasn’t happened yet – that is to say He’s not yet “swept away everything from the face of the earth, both men and animals, birds and fish” [1:2-3] – then Zephaniah’s prediction is still outstanding and his book remains relevant, and important, for us today.

When, for example, Zephaniah said:

Be silent before the Lord God! For the day of the Lord is near; the Lord has prepared a sacrifice, He has consecrated His guests. [Zephaniah 1:7]

This is an extremely important clue for asking personal questions today. There has never been a time in the history of any world religion, where the god prepares his own sacrifice. Normally, humans prepare a sacrifice for their god. They ‘consecrate themselves’ through some sort of ritual, and they invite or invoke their god to come and accept it.

The Creator God, on the other hand, is turning the whole ‘thing of religion’ on its head and warns us ahead of time that HE is preparing His own sacrifice, and that HE will consecrate those whom HE has invited. Six centuries later, the Creator’s one perfect sacrifice, once and for all for the forgiveness of sin, came when Jesus died on the cross. But the question is – who has He invited in?

That’s the bad news and it’s still to come. But what caught my attention today, is that nowhere in the Creator’s Epic Storyline has anyone taken to the stage to give bad news without also giving good news. Zephaniah’s predictions are a consequence, inevitably caused by bad behaviour. Like all other prophets, these negative consequences all end on a happy note – HOPE in equal proportions. 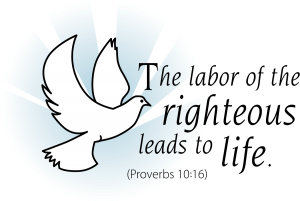 Our Father God’s Grace is 100%. It’s always been free of change and simple for anyone to acquire. His shelter will hold people who are meek and humble; who trust in the name of the Lord. [v3]  If that’s not lovely enough, Father God speaks more tender words ahead of His final Act in His Epic Play:

“…He’ll take great delight over you with joy. In quiet love, He’ll rejoice over you with shouts of joy and with singing…” [v16-17]

The Best Fathers in the World may sing over their little ones, but it’s incredible to think that the God of Creation is currently singing over those who set their hearts on trusting Him – those He made in His own image to be just like Him!