100 years after the Book of Jonah, the Creator God sent another prophet to Nineveh, the capital city of the Assyrian Empire – northern Iraq today. 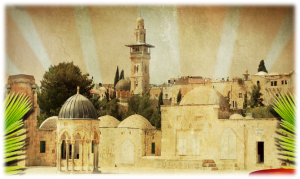 This time it’s the ancient prophet Nahum. And, if you’ve been following my Breadcrumbs, you may remember that the Assyrians had previously repented in sackcloth and ashes when Jonah came with a warning from the Creator God.[a]

Over the following century, however, they’d grown strong and arrogant. After destroying Israel’s northern kingdom, they had advanced on Jerusalem with arrogant words against the Creator God. The angel of the Lord, however, went out and put to death a hundred and eighty-five thousand soldiers in the Assyrian camp. When the people woke up the next morning – there were only dead bodies![b]  As a result, the King of Assyria headed back to Nineveh where he continued to gain world power.

If you’ve read the Chronicles of Narnia book The Horse and His Boy by C.S. Lewis, Nineveh was like the great city of Tashbaan. 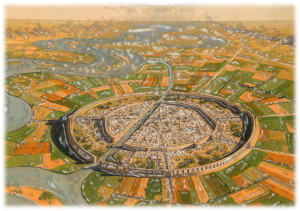 It was surrounded by water and had a self-sufficient agricultural system inside. Apparently three chariots could be driven side-by-side along the top of its 30-metre high walls that were fortified with 1,500 towers. But true to the Creator God’s Word, the city fell just as Nahum said it would. Although they had numerous allies, they were cut off from world history and passed away. [v12] Nahum predicted that the river gates would be thrown open and the palace collapses.[c] Their Creator sent a flood that destroyed part of the city wall and the Babylonians marched in.

Now all this might be interesting for a mid-week train ride into the city before work, but seriously – who cares!

It’s little wonder then, that Nineveh (the capital city and central hub for the then known world) is of interest to the One who designed the stage and everyone on it, as He works out HIStory. But Nahum now shows us that the Creator God is into justice for the victims…

“The Lord is a jealous and avenging God; the Lord takes vengeance and is filled with wrath. The Lord takes vengeance on His foes and vents His wrath against His enemies. The Lord is slow to anger but great in power; the Lord will not leave the guilty unpunished. His way is in the whirlwind and the storm, and clouds are the dust of his feet.” [v2-3]

And yet, what’s clear to most of us, is the slow speed by which the Creator God acts. Nahum describes Nineveh like a lion’s den where prey and plunder were brought in: “…filling his lairs with the kill…”[m] He then finishes his book with saying, “…All who hear the news about you, clap their hands at your fall, for who has not felt your endless cruelty.”[n]

So why, if Nineveh was so bad in Jonah’s day, did God allow them to continue getting worse for another century until Nahum came along? 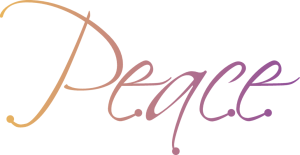 It took six centuries to see v15 fulfilled when Jesus came preaching: “Look, there on the mountains, the feet of one who brings good news, who proclaims peace!” But the rest of [v15]: “…No more will the wicked invade you; they will be completely destroyed…”, seems to be a future state that still hasn’t happened yet. What Nahum says in v4-5, won’t happen in HIStory until the Book of Revelation chapter 16.

So, as I read today’s chapter, I wonder when God will take decisive action on earth to stop atrocities today – like the current refugee crisis. Much of the tension with the IS militants today, for example, has been taking place on the plains of Ninevah where this ancient city once thrived.[o] While some would argue that there can’t be a benevolent God out there precisely because He’s not acting to intervene. If we took the time to read about His direct intervention in HIStory, we may prefer that He leaves us to our own governance and choices because, HIStory has shown that when He has hands-on involvement, it’s 100% righteous power unleashed!

“Who can withstand His indignation? Who can endure His fierce anger? His wrath is poured out like fire; the rocks are shattered before him.” [v6]W

While I wait for HIStory to unfold, I have only one thing today to concern myself with, and it stood out like words jumping from the page when I read it in Nahum’s book. In Chapter One my eyes alighted on the words: “…I will prepare your grave, for you are vile…”[q] and in Chapter Three “…Nothing can heal you, your wound is fatal…”[r] Such is the unthinkable predicament that humanity can be in. So, as I go about my life (the choices that I make; my behaviour and lifestyle that I adopt; the moral standards that I adhere to, and pass on to those I influence),  my one concern is to avoid being “vile” – according to my Maker’s idea of what is vile. If I am, nothing will heal me. Such a wound will surely be fatal.[s] 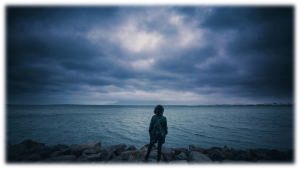 Regardless of His unthinkable power, for the sake of justice for victims, I still can’t wait to hear those longed-for words: “There will be no more delay.”[p] I’m confident, having weighed up the pros and cons, that “…The Lord is good, a refuge in times of trouble. He cares for those who trust in Him…” [v7]