In Chapter Eleven: Hip-Hop in Jerusalem, in my second book Mysterious? …Expect the Unexpected, I wrote about my time in Jerusalem in 2012. It was in Jerusalem where music teams for worshipping the Creator God were first established by King David. I was there to mark September 19, the day that our late son should have begun worship school training in the UK, three-year before.

While there, my brother, sister-in-law and I managed to get ourselves ‘lost’ in the passageways under Temple Mount. What we found there, and in other locations under the old city, were busy bees all working hard in floodlit excavations to unearth the ancient ruins and repair broken places. At one place, the workers seemed to be on tea-break. With no one to stop us, my brother wanted to venture deeper under temple mount. I was concerned not to “mess with the Israelis”, so we left without being seen. 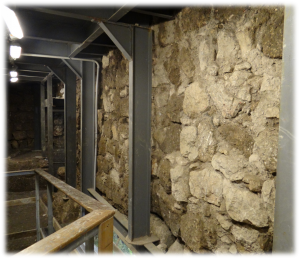 One thing I noticed though, was that they worked in silence. Most construction workers will at least have on a radio. But there was no ‘David-style praise worship’ to be heard at all anywhere on the mountain. I could only hear the sound of merchants above and digging below. Unfortunately, the prophet Zechariah foretold an earthquake that would split the Mount of Olives in two from east to west, with half moving away to the north and half to the south.[a] This hasn’t happened yet. So it looks like all their hard work will no doubt be ruined  …again!!

Today’s chapter comes from the Book of Amos, where the stage scene for the Creator’s most complex play, is slowly being built up piece by piece. At each stage in the construction, it’s possible to see partial fulfilment of each prophetic prediction in the script of Israel’s physical history. [v14,15] But the Creator’s Epic Play is far more complex to be limited to just one timeframe or one nation.

For one thing, visions like that given by Amos aren’t just about the outward physical assessment of things. It’s also a spiritual evaluation in the hearts and minds of the general population. Earlier in his book, Amos had given two pictures: one of a plumb line that shows the structure, which was holding everything in place, was leaning and it will fall.[b] The second picture was about summer fruits left unattended in a basket so that they begin to rot at the core.[c] 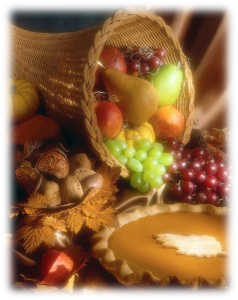 This is as much to say to me that, if I was measured up against my Maker’s standards, would I be found crooked? If examined at the heart of things, would His standards show me up as over-ripe and gradually rotting at my core? When the Great Playwright chooses v2-4 to proclaim harrowing words from the rafters above His stage, and those on the stage stop momentarily to look up, He’s declaring exactly the opposite of the lovely lyrics from King David’s song:

“Where can I go from Your Spirit? Or where can I flee from Your presence? If I ascend to heaven… If I make my bed in the depths… If I take the wings of the dawn… or dwell in the remotest part of the sea… even there Your hand will lead me. Your right hand will hold me fast.”[d]

By reversing His role from a “shepherd’s staff of comfort” to a “rod of disciple”[e], Father God is reminding all those who say “…disaster will not overtake or meet us…” [v10], who exactly it is that we’re dealing with. But to leave this prophetic book at a personal level, or even understand it at a national level, would still be short-sighted. Though He may be acting locally, our Maker has always been global in His thinking.

So, while He’s Father to those who seek Him, the Creator will remain forever El Shaddai: the Lord God Almighty. As, God Most High, He rules over the earth and everyone in it. [v5-6] And, just as He laid out lovely promises that were literally dripping with abundant blessing in Deuteronomy 28:1-14, the Creator then explained what life without blessing can really looks like, in shocking detail.[f]

But Amos adds another piece through his part in this extraordinary 3D puzzle. As someone who “thinks globally while acting locally”, it’s clear that there’s no special people in the Creator God’s global plans. By the days of Amos, the puzzle board of information was starting to show, in a number of places, that ALL nations everywhere are the same under God’s direction and control and any could potentially “bear His Name”. [v7,8]

But unlike the busy bees in today’s Jerusalem (whose concentrated work, focused on local outcomes, is painfully slow, limited, and may disintegrate with the next natural disaster), the Lord says through Amos, that HE WILL restore King David’s “fallen tent”. HE’LL repair its broken places and restore its ruins. [v11] And it seems that the author of world history wants the ruins of the past to possess two groups of people: “…the remnant of Edom and all the nations that bear His name” i.e. anyone who seeks the Name of the Lord. [v12]

In other words, the ruins of a physical location will possess (inherit or receive) the people – not the other way around! This indicates a reversal of everything we’ve ever known. Since the beginning of time humans have moved in to take possession – this city, on the other hand, will possess (or welcome in) two specific types of people:

But what does it mean for us today going about our daily lives?

We need to think not just globally but universally, while acting locally. Our Maker (the One who created the stage on which we live) is doing something behind the scenes, and below the surface, of this life. It’s stuff that many of us haven’t a clue about and it’s for a very specific reason. His ancient prophecies, freely available for us to read (and ask questions about), give us a clue whether or not His Word is simply an historical document about a local situation in a nation of limited importance, or if it’s a global drama yet to be fulfilled.

The One who “calls for the waters of the sea, and pours them out on the face of the earth” [v6] – just as He did in the days of Noah –

is weaving threads of information together to reveal His complex plan.[h] For those who are bothered with “treasure hunting”[i], the Creator God is once again preparing us a place that will withstand what is to come. [v1] All we have to do is “bear His Name and seek the Lord” while we wait for His ancient prophecies to be finally fulfilled.