DANIEL 6 – Quote: From the Frying Pan into the Fire

Most people would consider themselves as law-abiding citizens. They have little sympathy for people who, for example, seek out loopholes in what has been previously agreed to, disobey laws and then get caught. But the question for anyone who wants to believe in the Creator God today is: are we corrupting (modifying from the standards previously agreed to, to a down-graded lower standard) and, if not corrupting, are we neglecting the ways and standards of our Maker? 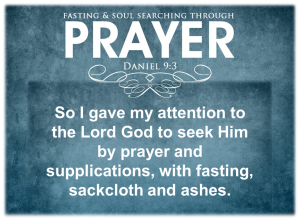 When put to the test, would I be like Daniel, choosing to pray and stick close to Father God, even if it meant a risk to my life?  If it’s true to say that negligence is just as bad as corruption then, when the rubber hits the road, would an audit of my own lifestyle choices would put me in Daniel’s category?

Working now for the third Emperor in a row, Daniel’s life (since he’d been dragged into exile in his late teens) has been like going from the frying pan into the fire – little more than a daily expectation of the next issue that could result in sudden death. So when the latest decree was issue – and no doubt feeling like a dead man walking anyway – Daniel went straight to his place of prayer. He had nothing to lose but everything to gain if he continued to stick close to his Maker – the same God who revealed himself so vividly in Daniel 1:20-23 – the God who doesn’t change. But there’s more to this chapter… 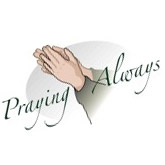 Those around him at the time betrayed Daniel as a big group [v6-9, 15] and, when the plot was revealed, the law was already in place! This is often the case with Believers today who wake up to government laws when it’s too late. The only thing left to do is pray.

While the laws of the country cause change outside, the private life of Daniel carried on as normal. He continued to be faithful in his personal relationship with his Maker, just as he had always done. [v10] Until he got hauled away for doing it, Daniel carried on as normal because he knew that the real issue wasn’t about the laws and his ever-changing environment. Instead, it was about whether the Living God could save those who serve Him continually. [v16,20]  As a result of Daniel’s behaviour and Father God’s Rescue Plan, a complete ‘outsider’ with no hidden agenda or previous experience, then makes an incredible ‘Declaration to the Nations’ over which he ruled:

“…[Daniel’s God] is the Living God and He endures for ever; His kingdom will not be destroyed, His dominion will never end. He rescues and He saves; He performs signs and wonders in the heavens and on the earth…” [v26-27]

This is the “king of the world” speaking and his declaration, still written into history, remains in place today. This is our Creator God – the One who made us in His Own Image! But there’s one more treasure hidden in v22 that I must mention before I can get on with my day…

“…My God sent His angel…” is a very important clue that’s been woven into the fabric of this ancient story line. It’s vital for us today, for making an informed decision over the identity of the One sent to save us. Identified as God’s “angel”, He’s taken centre stage a few times throughout the Creator’s Epic storyline.

So who is this “angel” who looks like a man and yet He then get’s called “Lord”. He has the authority to change the goal-posts and the authority to bless. To top it all, God makes his leadership unquestioningly supreme when He put His own Name in Him, then gave Him authority not to forgive our rebellion. Whoever He is – as God’s Name-bearer He’s absolutely crucial to the storyline. Daniel wasn’t alone in the pit. The One sent came with the capacity to save. 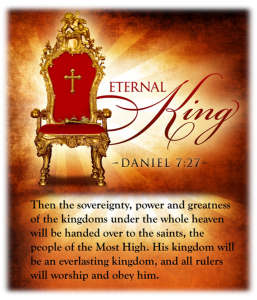 So as the goalposts around me continue to change with new national laws are passed all the time, I think that the central issue rising to the surface more and more is: who’s in charge; who has ultimate dominion; who’s the One ruling over my personal life choices as I serve my Maker continually, and who is it (out of the myriad of choices and conflicting opinions) that can save me – really save me – when it’s time for me to go from the frying pan into the fire. This central issue hasn’t changed these 26 centuries. It’s just as it was in ancient times…

“Who has believed our message and to whom has the Arm of the Lord been revealed?”[f]